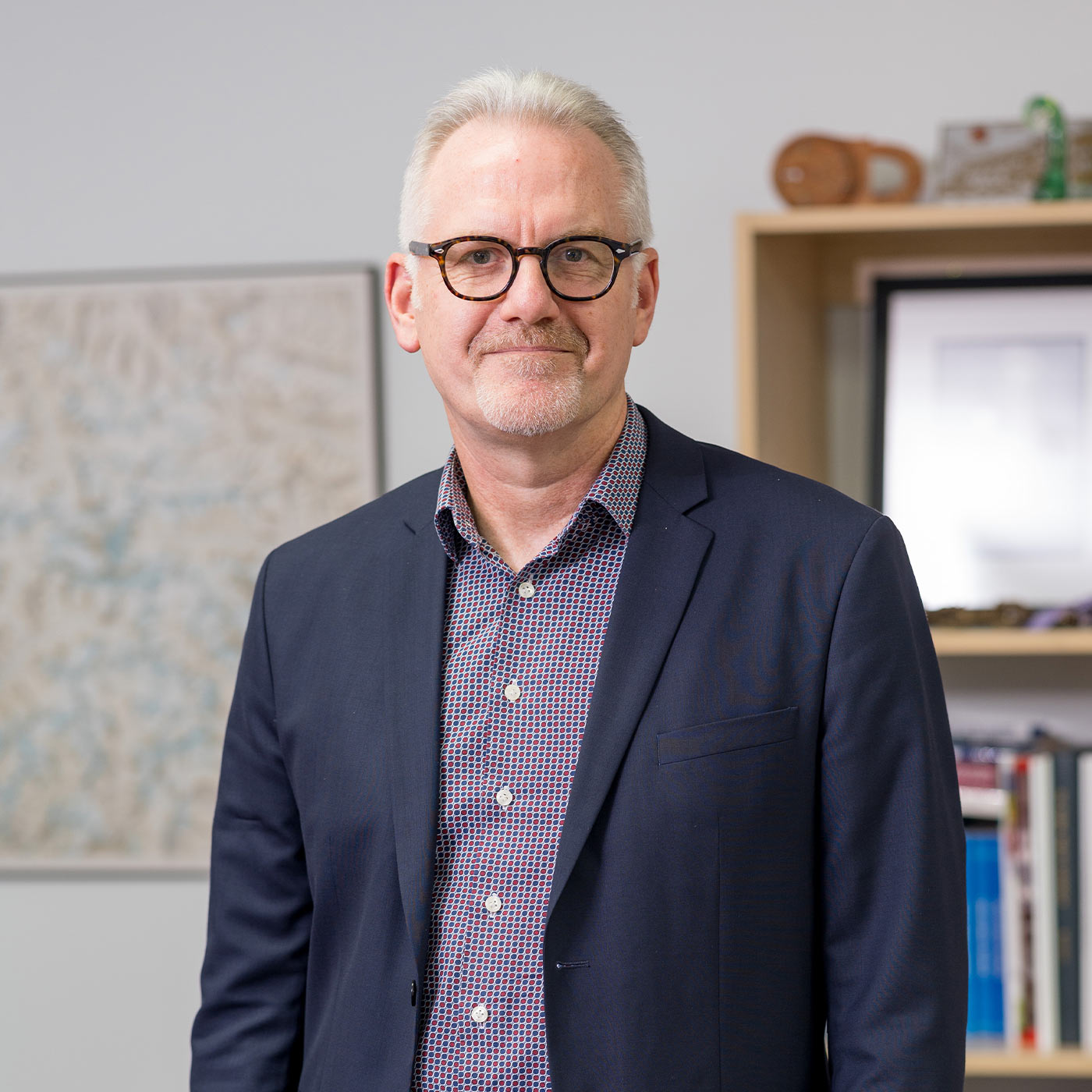 What will the post-pandemic world look like and what is the healthiest pathway to a sustainable future? Professor David Murdoch discusses the concept of mutualism in which the well-being of any individual is inextricably linked to the well-being of others in society. He argues that we are all in a mutually interdependent relationship, including with the natural world we inhabit.

While a large-scale pandemic had long been anticipated, few would have bargained for the future that now faces us as we look towards the uncertainties of a post-COVID-19 world.

Earlier this year, the Independent Panel for Pandemic Preparedness, chaired by Helen Clark and Ellen Johnson Sirleaf, released its assessment of the global handling of the COVID-19 pandemic. Apart from being highly critical of the global response, the panel made several recommendations about future pandemic preparedness. Importantly, the panel highlighted the need to act now with preparedness planning while the lessons are still fresh in our minds. The history of pandemics would strongly back this message.

It hardly needs reminding that pandemics are just one wicked problem facing the world. We also need to be urgently addressing and preparing for other critical issues, such as the climate emergency, diminished access to clean water, unparalleled levels of species extinction, persistent social and economic inequities, and how to create a sustainable future.

“Universities will be integral to shaping a brighter future for us all. Solving the world’s toughest problems demands innovation as well as broad and deep thinking, often at the intersection of disciplines.”

This is even more obvious now that COVID-19 has revealed such widespread lack of resilience globally to deal with crises, including among the wealthiest nations. It took a tiny virus to uncover the fragilities of the world we live in.

What will the post-pandemic world look like and what is the healthiest pathway to a sustainable future? Interestingly, some common themes and concepts are emerging from groups giving thought to these questions. In particular, recognition of mutual interdependence, and the need to focus on well-being and resilience are prominent.

For example, the Institute for the Future (IFTF), a California-based future forecasting think tank, has developed four alternative scenarios for a post-COVID-19 pandemic world. These scenarios are alternative visions designed to prompt conversation about what the future might look like.

The first is a “Growth” scenario, involving stimulus without structural change, which aims to return rapidly to some semblance of pre-pandemic economic growth. The second “Constraint” scenario utilises data-driven technologies and algorithmic analysis to reorganise society around clusters of virus-free communities. The third “Collapse” scenario envisions a move to different degrees of anarchy. Unfortunately, all three of these scenarios entrench existing wealth and racial inequities as a consequence of the different drivers for recovery.

The fourth “Transformation” scenario moves along quite a different path and is clearly the preferred option. It pursues a social rather than purely economic or technological agenda, ultimately leading to greater collective well-being and more resilient communities. Central to this scenario is recognition that we are all mutually interdependent.

In biology, mutualism refers to a symbiotic relationship between two organisms that benefits both. At a societal level, mutualism involves recognition that the social and economic well-being of any individual is highly dependent on the well-being of others in society. We are all in a mutually interdependent relationship, including with the natural world we inhabit.

As Marina Gorbis, Executive Director of IFTF, explained, mutualism involves designing systems for well-being and the ability to withstand stress and achieve quick recovery, instead of the single-minded pursuit of scale, efficiency and profits. It is about recognising the need for collective action, refocusing on preservation and improvement (stewardship) rather than exploitation, re-defining a set of basic universal rights that should be enjoyed by all people, and creating resilient systems and communities. An explicit focus on equity and justice is critical to building social resilience.

These are not new concepts. For example, elements of mutualism have been touted by proponents of One Health, EcoHealth and Planetary Health, approaches to health that stress the importance of working in a more holistic and transdisciplinary way in order to tackle critical issues. These three approaches have different origins and foci, but share many fundamental aspirations. All aim to break down the artificial barriers between researchers from different disciplines, so that they work together to attain optimal health for people, animals and the environment/ecosystem.

These concepts also align well with the existing Māori worldview and knowledge system that emphasises holism and interconnectivity between humans, animals and the environment. They also align with Aotearoa New Zealand’s aspirations for a sustainable physical, economic and social environment.

The COVID-19 pandemic has highlighted academia’s impact on society. Universities have stepped up to the challenges of the pandemic globally, providing technical expertise and resources, and communicating the science to the public. University of Otago staff have contributed disproportionately to the COVID-19 response in Aotearoa New Zealand, reflecting both our breadth and depth of expertise in infectious diseases.

Critically, universities will be integral to shaping a brighter future for us all. Solving the world’s toughest problems demands innovation as well as broad and deep thinking, often at the intersection of disciplines.

Crises often lead to long-term changes in practice, priorities, attitudes and organisation, and universities are no exception. This certainly happened after last century’s world wars and, even as far back as the 14th century, universities of the time also played important roles in restoring collapsed economies and fragile societies following the Black Death, the world’s most deadly pandemic.

As a university, we need to harness lessons from COVID-19 and lead collective efforts that actively focus on the world’s other big challenges and the design of systems for well-being and resilience. This will likely require new models of research and education that will allow innovations to develop and flourish. Such a transition is critical in order to shape a sustainable future for both the country and for our University.

Now is the time to refocus again. It’s certainly not too early, and I still believe it’s not too late. But, we do need to get on with it!

Professor David Murdoch is an internationally-recognised expert in the prevention and treatment of infectious diseases and is co-director of One Health Aotearoa. Currently Dean of the University of Otago, Christchurch, Professor Murdoch has been appointed Otago’s next Vice-Chancellor, taking up this position in early 2022.

Professor David Murdoch: “It took a tiny virus to uncover the fragilities of the world we live in.”

Next:
Ocean stressors:
sink or swim?