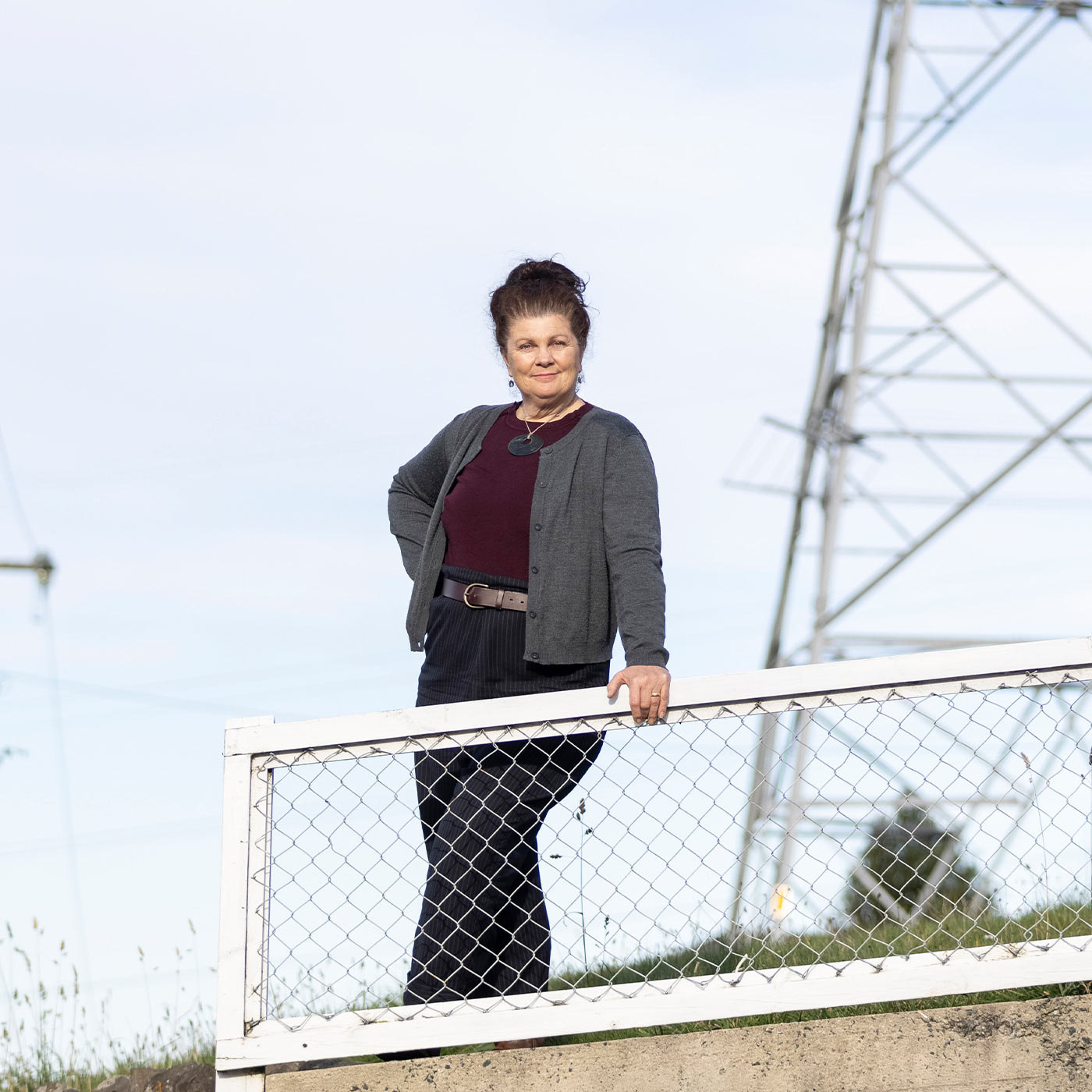 How will the effects of climate change impact New Zealand’s energy system? Dr Jen Purdie is heading a Deep South Science Challenge project to find out.

Dr Jen Purdie’s head has always been full of weather.

Prior to joining Otago’s Centre for Sustainability, she studied glacier-climate relationships (MSc); created seasonal forecast models of rainfall and river flows in the Southern Alps (PhD); and spent a decade working for Meridian Energy (assessing river flow, renewable energy sources and climate change impacts on the electricity system). Which is to say, she’s quite the perfect person to lead a three-year research project funded by the Deep South National Science Challenge on climate change impacts on the New Zealand energy system.

Purdie’s particular focus in this climate-energy nexus is predicting the shape of New Zealand’s energy future and understanding the tricky balance between supply and demand.

Using an electricity system model on loan from her former colleagues at Meridian, she combines NIWA’s climate projections with energy knowledge to assess the impact that changes to wind and water might have on our ability to generate 100 per cent renewable electricity.

Purdie describes the expected climate changes ahead: “Snow melt is going to change radically; we’re expected to get up to 15 to 20 per cent more rainfall on the West Coast in the next few decades; floods are expected to be bigger; droughts are likely to be deeper on the East Coast.” All of this will impact our ability to supply energy in future decades.

New Zealand currently uses 43 terawatt hours of electricity per year. Various agencies project that this will increase by between 20-100 per cent by 2050, mostly due to electrification of transport and industry.

“That’s quite radical,” says Purdie. “If wind was the sole technology employed to meet demand by 2050, we’d need somewhere between 10 and 60 new wind farms nationwide.”

Alongside wind farms, though, we’ll need to lean on other renewable sources to spread the load: grid-scale solar, rooftop solar, new geothermal, and possibly tidal and wave power.

But it’s the hydro catchments in the South Island that do the heavy lifting, Purdie says. “They’re the big battery bank of our energy system. When we have lots of intermittent renewable generation it’s our ability to store water in the hydro lakes when the wind is blowing and the sun is shining, and then generate with it when the wind and sun stops, that is key to New Zealand getting close to 100 per cent renewable.”

Managing the electricity demand will be vital. Purdie says smart appliances and meters will be needed to switch to cheaper electricity at non-peak times to ease the 6-8pm peak demand period (which she estimates might increase by 30 per cent by 2050). Then we won’t have to over-build generation plant radically to supply this peak.

This change will require both technical advancement at industry level as well as a huge mindset shift in consumer behaviour. But Purdie is excellently cup-half-full on this: “The world has precedent for this. We did go from 100 per cent horse to 100 per cent car in 10 years. Change is possible if we want it enough.”

Dr Jen Purdie: “It’s our ability to store water in the hydro lakes… that is key to New Zealand getting close to 100 per cent renewable.”