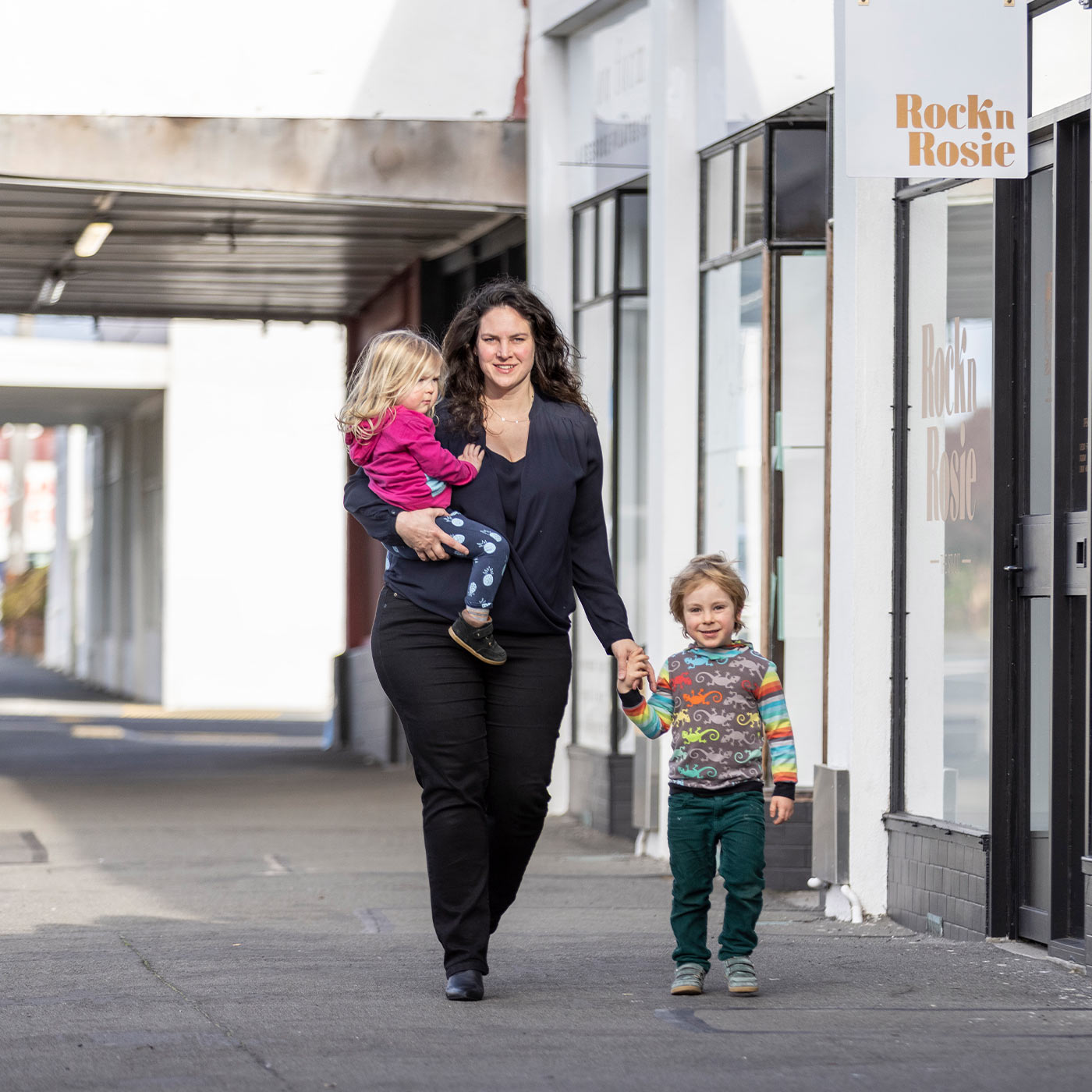 New research that empowers the voices of three- and four-year-olds as urban planners has opened a conversation around how children view the communities they live in and revealed a new generation of considerate and future-oriented planners.

In Dr Christina Ergler’s childhood home in a rural town on the outskirts of Frankfurt, Germany, she would build high-rise cityscapes using Duplo and living room shelves to create an urban environment for her family to enjoy.

“As kids, we would often use the entire room to create cities,” Ergler says. “One time, we cleared the huge shelf and built up a high-rise apartment and had people going on holidays and driving around the room in their cars.

“When I started here at Otago in 2013, the planning programme in the School of Geography had a student, Constance Hutchinson, who was really interested in that city-building process because she loved building cities as a child. We worked with her to create a study for her master’s degree that would form the basis of our research.”

This led onto the world’s first study on pre-schoolers’ conceptualisation of cities – the Dunedin Pre-Schooler City Mapping project – which considers pre-school children’s experiences and perceptions of their urban environment, and what they imagine as an ideal urban environment for growing up healthy and socially connected.

“If we’re to create more just and sustainable cities for the future… we need to do it with them by hearing what matters most directly from the children themselves.”

Working alongside colleague Professor Claire Freeman, the initial study was with 27 children aged between two and five from three Dunedin kindergartens. The children engaged in a variety of exercises, including mapping their ideal city using picture tiles and group discussions with researchers. The children also took the researchers around their neighbourhoods to provide first-hand insights into what they liked and didn’t like about their local area.

“In urban studies we haven’t heard the voices of young children, but it’s such an important part of their everyday lives. According to the UN Convention on the Rights of the Child, children of any age or ability have the right to use, create, transform and develop their urban environment. If we want to really consider the rights of children to be consulted on any issues – if you want to take that seriously – you can’t just talk to their parents or their teachers: you need to find ways to talk with them directly.”

“The mapping exercise showed children thought about their own needs, but also those of other city dwellers and family members. They expected cities to have at least the basic amenities of a child-friendly city.”

Now with the help of Marsden funding, the research has grown to include around 90 children from both Wellington and Dunedin and introduces new ways of children sharing their ideas, including using cameras for children to take photos of what’s important to them in their city.

“It’s a unique study – we’re not aware of anything else like it in the world. Initially there was a perception that working with such young children would be too challenging and that they’d be incapable of contributing to a study like this.

“But what we’ve been able to show is that children already embody a care system that means they consider other people’s needs as much as their own. Parents and teachers see their children in a new way – as contributing citizens to the world around them. And for us, every time we go in to talk with the children, we learn something new.

“Their perspective matters. If we’re to create more just and sustainable cities for the future, then we can’t just create for them, we need to do it with them by hearing what matters most directly from the children themselves. Any country that takes child’s rights seriously needs to consider the voices of children in every aspect of what they plan and do.”

Ergler says the researchers are looking to recruit more Pasifika children and tamariki Māori to take part in the study, while researchers are also looking to workshop the children’s views with urban designers, policymakers and planners in New Zealand.

“The kids we work with use cities far differently and they’re not just in the places like playgrounds or early childhood centres where we expect them to be. They go to concerts, cafes, doctor’s appointments. We need to create cities that work for everyone.”

Dr Christina Ergler: “The mapping exercise showed children thought about their own needs, but also those of other city dwellers and family members.”