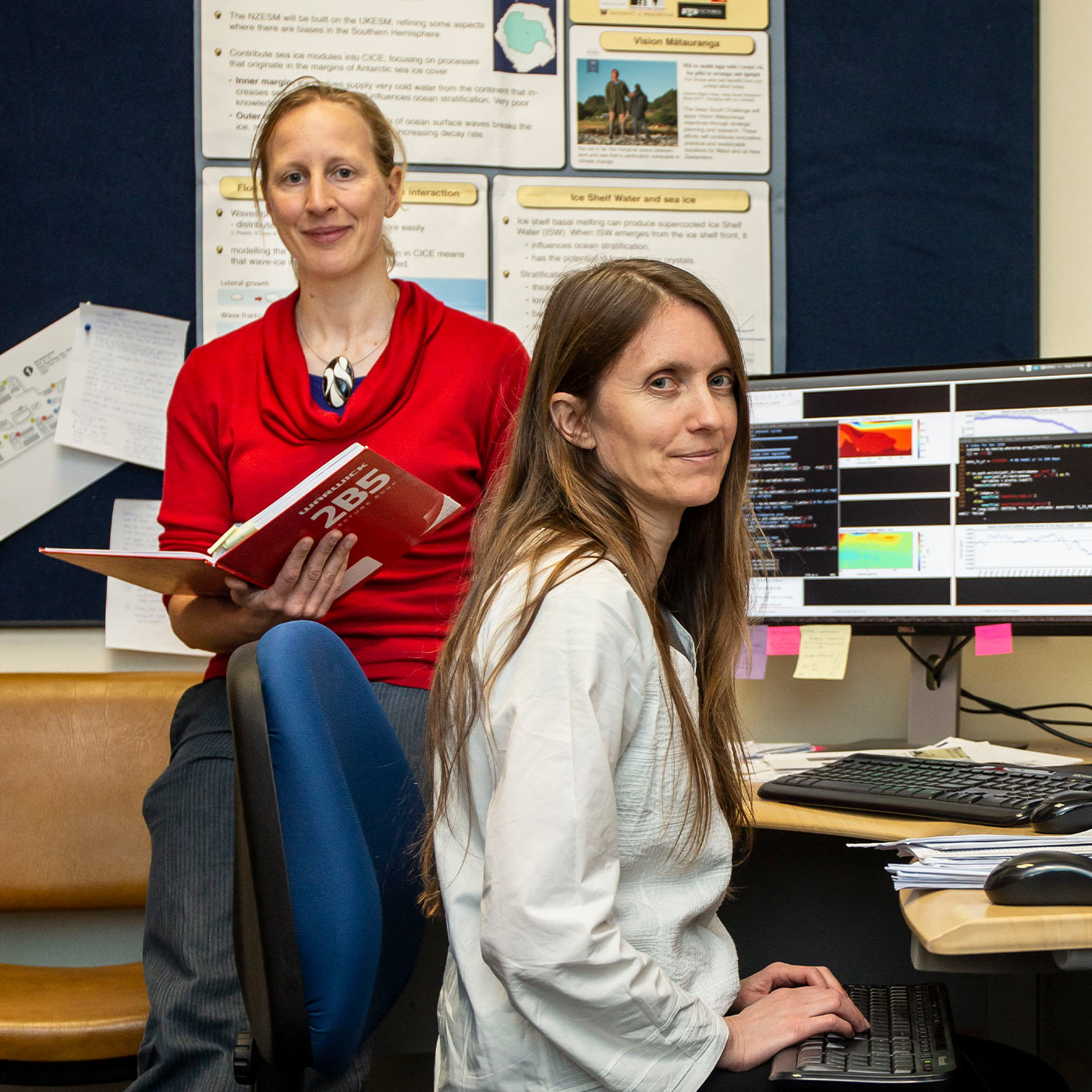 Efforts to develop a New Zealand Earth System Model (NZESM) that accurately represents the impacts of freshwater melting from ice shelves and icebergs are moving into a new phase.

Project leader Dr Inga Smith (Physics) says the project, co-funded by the Deep South National Science Challenge and the Antarctic Science Platform, will take work done to date and develop it further to more realistically represent the ice shelf melt around Antarctica by taking into account aspects such as regional variability.

“The first model was accelerating the ice melt from all the ice shelves at the same time and at the same sort of rate,” she says.

“Pine Island glacier, for example, has been melting much more rapidly than other glaciers, but the way we’d been doing it we couldn’t model that. We knew this was a pretty broad-brush approximation, so the challenge was to do this regionally.”

Phase one of this research was begun by Smith and colleague Dr Shona Mackie in 2018, but was challenged by needing to use a supercomputer in the UK.

New Zealand now has its own supercomputer called Maui, which the project can access for climate research purposes, and that is where research fellow Dr Max Thomas comes in. The NZESM is now up and running on the new system, so simulations for phase 2 are being produced in New Zealand.

“We’re zooming in a bit more on individual areas, dividing Antarctica up into longitude bands and then looking at the sensitivity of climate to those areas. We can change the mass loss from Antarctica and refine where it’s going into the ocean,” says Thomas.

“It gives us an idea of what mechanisms and what regions around Antarctica would have particularly important impacts on climate and where we would see impacts from the different regions.”

This will provide researchers with more realistic projections of climate impact and make it easier for projections to be updated.

Smith says it will also provide them with the capability to examine New Zealand’s climate sensitivity to the disintegration of specific ice shelves.

“Our aim is to ensure the NZESM can be a ‘ready to use’ tool capable of calculating updated climate projections as new estimates of mass loss rates from specific ice shelves become available.”

Information generated from the project could eventually be fed back into international climate modelling work.

Dr Shona Mackie and Dr Inga Smith: “Our aim is to ensure the NZESM can be a ‘ready-to-use’ tool capable of calculating updated climate projections as new estimates of mass loss rates from specific ice shelves become available.”

Next:
Solar particles at play