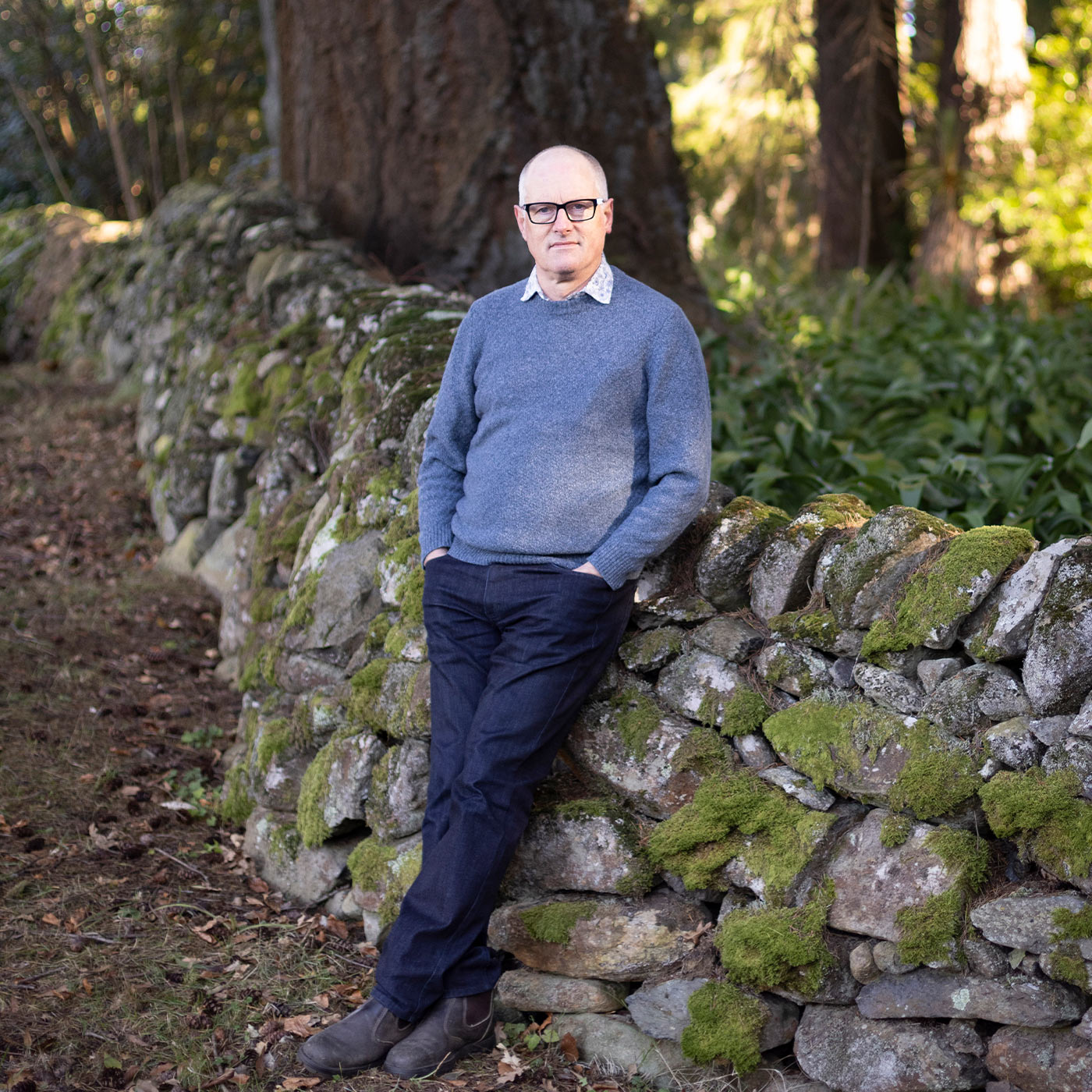 Reflecting on his own childhood family farm led to an uncomfortable revelation – “a colonial reckoning” –  for Otago’s Professor Hugh Campbell.

It’s a familiar narrative in New Zealand’s history – the Pākehā family farm. Deeply rooted in our cultural psyche, the great Kiwi farm is a place where generations of families have worked the land to build a nation.

It was the same narrative that inspired Otago’s Sociology Professor Hugh Campbell to spend decades as a social scientist, defending farming against the wider political and economic forces that threatened to unravel its power, and writing about new, emerging, alternative farming methods.

His latest book, Farming Inside Invisible Worlds, published in 2020 by Bloomsbury, was originally going to be all about those alternatives, Campbell says. But what eventuated was a “colonial reckoning” of the previously hidden worlds of his own family farm – the past ecologies, the absence of Māori history and engagement, despite the farm’s location just six kilometres from the Tūrangawaewae Marae – and, ultimately, a repositioning of the Pākehā family farm, not as victim or threatened party, but as a perpetrator, an agent of colonisation in New Zealand history.

“How could I grow up in such an all-encompassing world and yet what’s remarkable when you look back is what wasn’t actually visible in that world? How did I end up growing up on a farm inside these invisible worlds?

“Out of the deep past comes this renewed and restored sense of Māori land use, and that is the opportunity that just has to be taken.”

“There was an environmental world that wasn’t visible, and I later came to understand that two thirds of our family’s farmland area was drained out of wetlands. Once I started revisiting that idyllic childhood, I realised a whole lot of other important worlds or considerations weren’t present. It was all hidden.”

Among them was a farm and trading post established by Campbell’s forebear Dennett Hersee Heather and his Māori wife Unaiki in the late 1840s. This was located around 30 kilometres from his original family homestead and spoke to a different future and collaborative economy between Māori and Pākehā.

That potential future ended with Governor George Grey’s war on the Waikato as the country set a course for a Pākehā "neo-Europe" as Britain’s distant farm – embarking on decades of land clearances and wetland draining, including prodigious forest burning.

“How did we end up with such a breach of what had been there in 1850s Waikato, a world that spoke to a potentially different future of highly collaborative land use, that was then utterly destroyed? It wasn’t inevitable: choices were made, just as we still have choices today,” says Campbell.

The three-year project navigates the terrain of “critical family history”. It seeks to extend the increasing popularity of delving into family genealogies and to explore the wider historical context and where a personal history fits within that. But the personal is also a starting point for a wider exploration of the role farms play in both our food systems and landscapes – and the opportunity they bring for our future.

“When I looked back, there were massively confronting elements, but also hopeful elements which made me think that a book-length project about my family’s farms could create a template in which you think differently about our past and, as a result, develop a mechanism for thinking differently about what we can do in our future.”

The book reveals both the enormous colonising powers of modernist farming, but also the inevitable fractures that signal its inevitable demise and speaks to an urgent need to establish new farming approaches for the 21st century post-colonial world, particularly with regards to Māori land.

But Campbell says, those disputes and debates were already happening well before the 21st century.

“The tensions about what a farm does and how to farm a landscape were part of my own family’s discussions between my mother who wanted to introduce wetlands and my grandfather who wanted to continue to farm the land as we had.”

Campbell’s view is ultimately optimistic, exploring the burgeoning diversity across the rural landscape in more recent years, with stories of more sustainable practices and methods, the “alternative” becoming more mainstream and the re-emergence of those “invisible worlds”.

“You end up with a slowly dawning realisation of just how big both the challenge and opportunity of partnership on the land is. One of the stories I wrote about was Pāmu, taking one of the most quintessentially Pākehā organisations in New Zealand, Landcorp, which converted itself to adopt kaitiakitanga and manākitanga at the heart of its operations. The way they’ve prospered doing this is a great 21st century story coming from partnership on the land.

“Out of the deep past comes this renewed and restored sense of Māori land use, and that is the opportunity that just has to be taken.”

Professor Hugh Campbell: “Once I started revisiting that idyllic childhood, I realised a whole lot of other important worlds or considerations weren’t present. It was all hidden.”