The Dunedin Multidisciplinary Health and Development Study has been documenting the lives of around 1,000 babies born in Dunedin in 1972-73. Every aspect of their health, development and well-being has been assessed as these children have grown to maturity. Over the past 40 years some 1,200 research articles, reports, books and book chapters have been produced, influencing thinking and policy-making both here and around the world.

From its earliest days, the Dunedin Multidisciplinary Health and Development Study has been influential. This can be seen most vividly in the 1982 report “Child Health and Child Health Services in New Zealand”. This was a landmark document at the time and was heavily informed by findings from the first decade of the Dunedin study, both in terms of mapping the prevalence of child health problems, and informing resource allocation and service planning for New Zealand children by the Ministry of Health. Indeed, a nationwide health and development screening programme grew out of this work which study founder, Dr Phil Silva, regards as an important precursor to the Well Child programme currently administered by the Plunket Society.

The Health and Development Record followed which, for the first time, held all the health information on a child in one place – from birth through to adolescence. It was designed with charts and notes to be updated by nurses, doctors, teachers and parents as children developed. It was accessible and understandable to all people. As well as spaces to record development, immunisation, height and weight, eyes and ears, and behaviour, there were general tips and guidelines for parents. The booklet also provided developmental information on what parents might expect their children to be doing from birth through to primary school, and gave advice on what to do in case of accidents or illnesses. 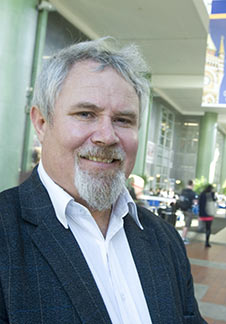 Equally important at the time, injury research by Professor John Langley and colleagues was instrumental in ensuring thermostats were introduced into hot-water cylinders in New Zealand to reduce the risk of scalds and burns among children. His group also highlighted the importance of practical injury prevention strategies in the playground. The ubiquitous safety mats seen under playground equipment today resulted from their early work and assiduous advocacy by the Dunedin study injury researchers. Even the length of electric jug cords – with longer leads providing greater opportunity for child injury – were investigated, resulting in real-world changes reducing innumerable scalds and accidents in the kitchen, as well as the length of the cords.

By the second decade of the study, foundations were being laid for work that ultimately distinguished between children with early-onset and persistent antisocial behaviour versus those whose antisocial behaviour began in adolescence. These two groups have different etiologies and require different policy responses. This distinction has now been enshrined in diagnostic taxonomies and, according to Judge Andrew Beecroft, Principal Youth Court Judge in New Zealand, has profoundly influenced judicial practice in this country.

Further afield, this work contributed to the amicus brief that led to the overturning of the death penalty for youth under the age of 18 in the United States. The impact and significance of this research was recognised in 2007 when associate director Professor Terrie Moffitt was awarded the Stockholm Prize, the Nobel equivalent for research in criminology.

In the last decade, the Dunedin study has also taken the lead internationally in modelling how nature (our genes) interacts with nurture (our life experiences) to help predict why people behave the way they do. For example, it has been shown that among children who were maltreated, those that go on to repeat the cycle of violence have a specific form of the MAOA gene, whereas those with a different form of this gene appear resilient to maltreatment. It has also been shown that the likelihood of developing psychosis in adulthood after exposure to cannabis in adolescence is conditional: that is, it depends upon the presence of a particular “vulnerability” genotype. In perhaps the best known of these nature-nurture interplay studies, the study showed why certain people succumb to depression in the face of life stress whereas others do not.

This finding, along with several others, was voted to be the second most important scientific breakthrough in the world – in any branch of science – in 2003. A quick search of Google Scholar reveals that this paper has already been cited almost 5,000 times.

Together, these studies about nature and nurture interplay and behaviour have led to a paradigm shift in the way people think about the old nature-versus-nurture debate. In essence, this notion of one or the other is moribund. As popularised by Matt Ridley in his book, it’s more a case of Nature via Nurture.

The impacts of these findings stretch well beyond the academy and the popular press. For example, several years ago, an Italian judge overturned a sentence based on the argument that the MAOA gene conferred susceptibility to violence and this could be used in mitigation at sentencing. Putting aside the rights and wrongs of this decision, it is also clear that the basic associations reported by the Dunedin study at the population level have spurred a great deal of neuroscience work in the laboratory, trying to uncover the mechanisms that might be involved.

Reflecting its true multidisciplinary character, the Dunedin study is the only study in the world to have collected data on the same individuals’ oral health from age five continuously through to mid-life. Reflecting the unique nature of this dataset, a recent study led by Professor Murray Thomson appeared in the Journal of the American Medical Association (JAMA) identifying cannabis use as a novel risk factor for periodontal disease. It was one of only two oral health research papers to appear in this prestigious general medical journal in the last 20 years.

Data on substance use/dependence, mental health and sexual health have been used in New Zealand policy-making contexts (e.g. Health Select Committee reports, Law Commission reports and a variety of professional bodies such as the New Zealand Herpes Foundation) as well as overseas (e.g. WHO, UK House of Lords, the US Presidential Office, US Surgeon-General’s reports). One recent example of impact in the US context relates to a series of reports produced by the Center on the Developing Child, at Harvard University, and the American Academy of Pediatrics about the “new science” of child development in which research from the Dunedin study features prominently.

The study director, Professor Richie Poulton is very active in translating the study’s findings into a form that can be useful to policy-makers. Some of his recent roles include membership of the multi-agency (Ministries of Health, Education, Social Development) Advisory Group on Conduct Problems (2007–2012), the Prime Minister’s Advisory Group on Reducing the Social and Psychological Morbidity in the Transition through Adolescence (2010–2011), the National Government’s Early Childhood Education (ECE) Taskforce (2011), and the Children’s Commissioner’s Expert Advisory Group on Solutions to Child Poverty (2012).

The Dunedin study will continue pushing the scientific envelope. The researchers are currently planning to conduct a brain imaging study of their study members in their 40s. Information from MRIs, coupled with the vast database already held on these 1,000 lives from birth, promises a new wave of ground-breaking discoveries from this remarkable study.

Although the Dunedin Multidisciplinary Health and Development Study is not set up to generate export earnings (it is a public-good research enterprise), it is noteworthy that during its life it has brought in the equivalent of $NZ12.5 million from overseas funding agencies, making a significant contribution to the local economy.