Across the Great Ocean: Empire, mobility and the making of a transpacific age

This project examines the transformation of the Pacific Ocean as a medium of mobility, connection and competition as rapidly changing technologies of transport bridged the expanse between Australasia and North America from the mid-nineteenth century. It is bracketed by steam’s entry into Pacific shipping in the 1860s through to the rise of commercial aviation in the 1950s, a century marked by heightened mobility, trans-imperial encounters, and assertive white settler nationalism. Typically, transport route networks often figure as rather flat and formless lines, as shorthand ways to map and visualise flows rather than to enquire into them.

This research, by contrast, is centrally concerned with how transoceanic connections unfolded and worked, how people related to them, and their impact on island and littoral societies and cultures. It thus conceives of routes not simply as lines across the sea or infrastructural links, but as crucial vectors fashioned by and fashioning ideologies and cultural sensibilities.

Research for this project was supported by an Australian Research Council DECRA grant. 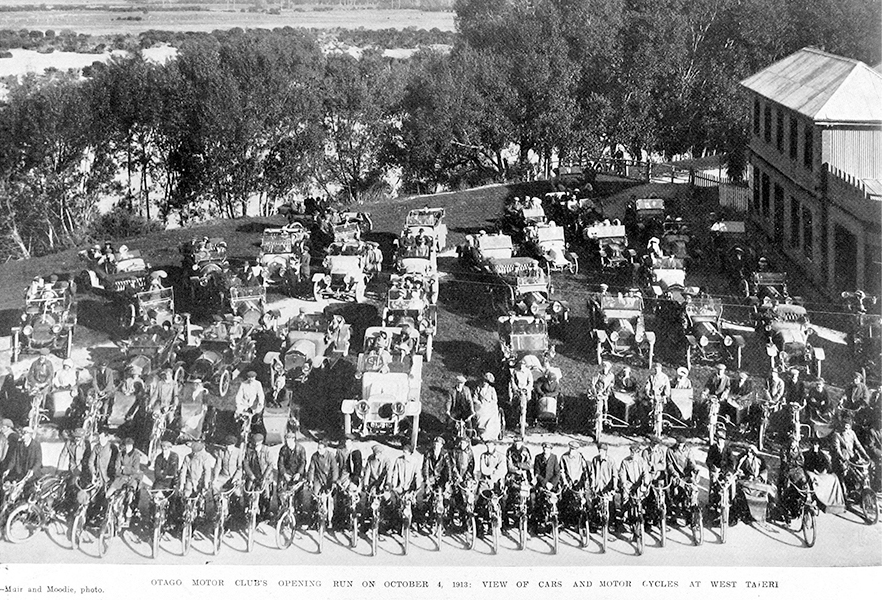 The history of motoring often neglects urban history. Urban history often looks at the changes to the fabric of cities brought about by social change, which in their turn drive future developments. The role of motor cars in such change has attracted curiously little attention from historians, not least in New Zealand. By the 1920s we had one of the world’s most motorised societies, yet it coped with the changes brought on by motorisation without major upheaval. This contrasted strikingly with other parts of the world, where motor vehicles rapidly generated problems of urban congestion, or added to already existing congestion. In densely settled European cities, high traffic volumes and narrow streets created pressure for rebuilding, whereas in many North American cities car ownership rapidly created traffic and parking problems. Though New Zealand had one of the highest levels of car ownership per head of population, the relatively low absolute numbers of vehicles meant they could be accommodated much more easily than in European or North American cities.

In relation to this project, see:

Trapeznik, A. and Gee, A. ‘The Madding Wheels of Brazen Chariots Rag’d; Dire Was the Noise’: Motoring and the Environment in New Zealand Before the Second World War. International Review of Environmental History 32-49: 6/1: (2020)

Frontier Conflict: Settler Societies and Moral Meaning in the Writing of History

This project examines how historians in settler-colonial societies generated new visions of national identity and redefined the value and role of history-writing in that task in the twentieth century.

Beginning in the sixteenth century and exploding in the nineteenth century, European settlers invaded indigenous peoples’ lands in North America, Southern Africa, and the South Pacific. Colonization entailed conquest. Making nations out of colonial outposts required new stories and unifying ideas. This book traces an arc in the narrative of settler nationalist history told through the idea of the frontier. At the end of the nineteenth century historians fashioned a new concept of the frontier as a creative force in the making of progressive and democratic settler nationhood. Yet, by the end of the twentieth century, many regarded the frontier as a place of destruction and even the locus of irredeemable national sin.

Challenged by resurgent Indigenous activism, renewed politics of immigration and nativism, and shifting definitions of intellectual and cultural decolonization, this project asks what new metaphors for writing histories of and across places of settler colonization are emerging?

Modern Italy, 1815 to the Present: A History in Documents

Italian history epitomises some of modern Europe’s most notable struggles: between absolutism and liberalism, monarchy and republicanism, religious doctrine and secularisation, fascism and freedom, nationalism and regionalism, economic growth and stagnation, law and organised crime, organised labour and a global workforce, out-migration, in-migration, and refugees. Most recently, questions of national sovereignty, Europe’s borders, and the free movement of peoples – in all of which Italy is deeply engaged – have revived old struggles and pushed them in new directions. Italy’s experience offers history students unique perspectives on the development of a European continent that seems more than ever torn between past and present.

Mark’s current research project, with Milena Sabato of the University of Salento, will result in a volume of primary sources, augmented with analytical commentary, that bears witness to modern Italy’s exciting and emblematic history. The book is being prepared for Bloomsbury Academic, and is intended for undergraduate students.

Collaborator: Dr Milena Sabato is an historian of early modern Italy based at the University of Salento, Puglia, Italy. 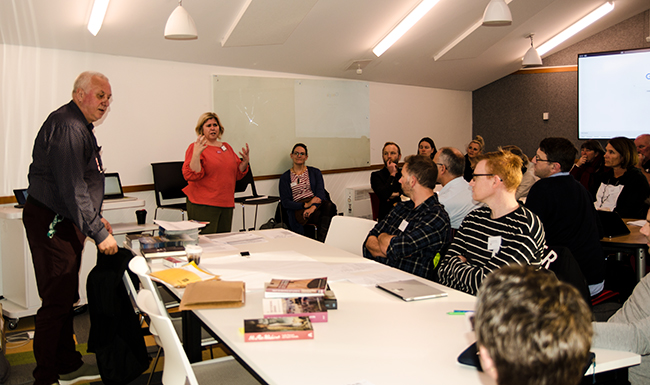 In 2019, the New Zealand government announced that Aotearoa New Zealand’s history would become a compulsory subject in schools, from Years 1–10. The curriculum frames national themes but it also encourages the development of local historical themes in different regions. The introduction of the curriculum is a watershed moment and staff in the History Programme of University of Otago are committed to supporting teachers in our region in the teaching of this core subject.

In 2021, we held an initial professional development day for teachers in the Ōtepoti ki te Raki district – with which the University has existing ties – to begin to think about possible topics and to talk more generally about the sorts of resources teachers might need. We are continuing to work with teachers, the New Zealand History Teachers Association, and the College of Education Te Kura Akau Taitoka, as the new curriculum is rolled out.

Te Hau Kāinga: The Histories and Legacies of the Māori Home Front, 1939–45 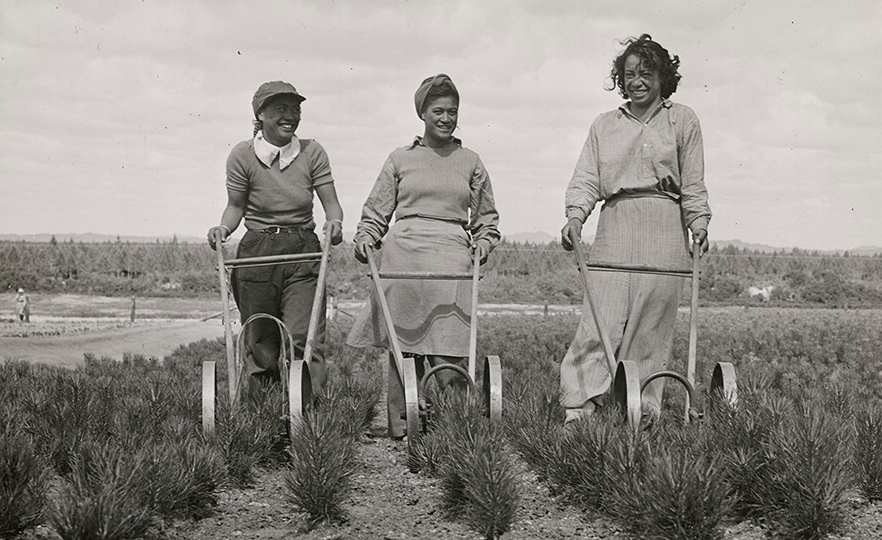 Māori participation in World War II was significant. Nearly 16,000 Māori enlisted for service and around 3,600 served overseas. By March 1943, one-third of the Māori population were contributing to the war effort, many of them civilians. For Māori, the experience of war instigated significant social, economic and demographic transitions, and stimulated calls for equality of treatment in all areas of life in the post-war decades. Yet, the wartime experience is one of the least understood changes in Māori society.

This Marsden project investigates the Māori home front from the perspectives of women, young people, whānau and communities who experienced the war at home. Utilising archival research and personal testimonies, the projects seeks to address how ordinary Māori mobilised for wartime economic needs, and made a distinctive contribution to post-war aspirations for political and economic self-determination and aims to place Māori experience into a global framework and generate new knowledge about Indigenous experiences of global war.

The Borders of Capital: Neoliberalism and Regimes of Migrant Detention 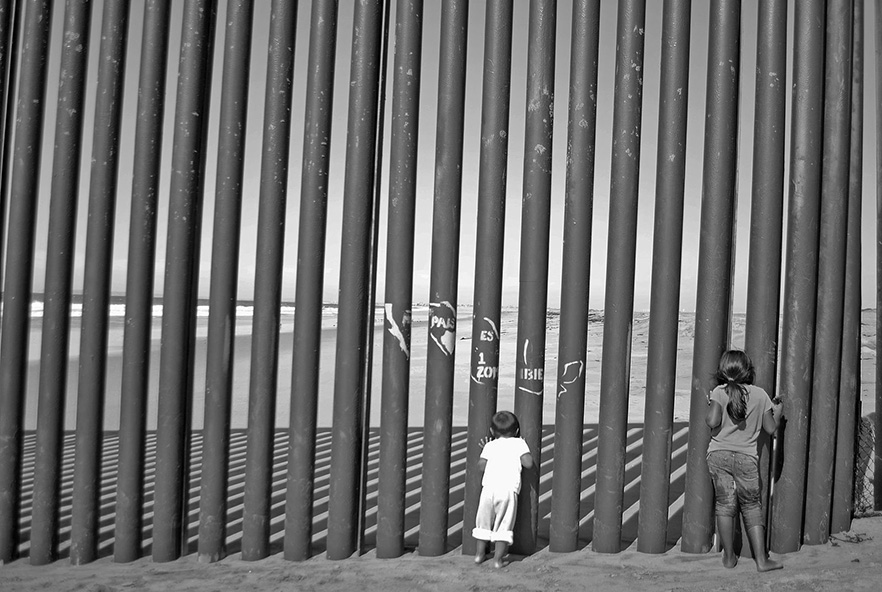 Neoliberalism depends on a borderless world of free movement, global markets, and free trade. And yet in this same period, borders have become the sites of unimaginable suffering, where millions of migrants and refugees are detained.

By focusing on migrant detention, the project analyses the punitive and carceral turn in neoliberal border regimes in which the border becomes a mechanism to protect the capital of individuals and states in the Global North from those who have encountered the most adverse consequences of the global neoliberal economic order, primarily in the Global South.