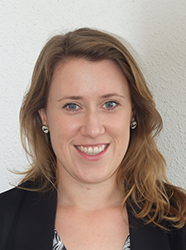 Kate’s research and teaching focuses on histories of cultural and economic exchange in the Pacific world, including New Zealand. Her work has explored the intersection of race, gender and law across both British and French colonies.

Constant Coconuts: A history of a versatile commodity in the Pacific World
Kate is collaborating with Professor Judy Bennett on a Marsden-funded project exploring the commodity history of coconuts in the Pacific from the mid-nineteenth century onwards. Focusing on the Vanuatu, French Polynesia and Wallis and Futuna, she is investigating the process and impacts of Islanders’ integration into the global economy through the example of copra and coconut oil products.

Criminal justice, race and gender in the colonial southwest Pacific
Kate recently completed her PhD thesis, a comparative examination of the introduction of European criminal justice systems in early colonial New Caledonia, Fiji and New Hebrides (now Vanuatu). Using case studies of sexual violence, she explores the way in which colonial administrations attempted to govern intimate lives, Islanders' engagement with new forms of justice, and the limits of the rule of law in these island colonies.  She is currently planning a monograph from this thesis.

Angela Wanhalla and Kate Stevens, “‘I don’t like Maori girls going out with Yanks’: Maori-American encounters in New Zealand”, Mother’s Darlings of the South Pacific: The Children of Indigenous Women and US Servicemen, World War II, edited by Judy Bennett and Angela Wanhalla, (Honolulu/Dunedin: University of Hawai’i Press/University of Otago Press, 2016), 202-227.