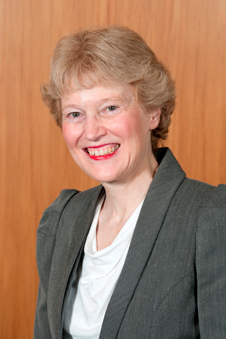 The University of Otago will confer the honorary degree of Doctor of Laws on one of its distinguished law graduates, Justice Christine French, at a graduation ceremony tomorrow.

Vice-Chancellor Professor Harlene Hayne says the University is delighted to be able to honour a graduate who exemplifies many of the qualities associated with Otago alumni.

“Christine French has excelled academically and professionally while also sharing her time and skills to enhance the life of her community,” Professor Hayne says.

Growing up in Invercargill, Justice French finished her school years as dux of James Hargest High School. After completing her Otago studies she was selected to become the University’s first woman Rhodes Scholar and studied at Worcester College, Oxford University. She graduated Bachelor of Civil Law BCL in 1983, gaining a qualification regarded as one of the most academically demanding postgraduate taught law courses in the world.

In 1984 Justice French returned to Invercargill and joined French Burt Partners, where she specialised in general civil litigation and employment law and became a partner in the firm in 1988.

Among her many notable cases, she won a landmark ruling at the Privy Council in 1995, chiefly concerning the negligence liability of local authorities for building problems their inspectors do not detect.

Justice French has also been noted for her service to the community, including through a 1998 Southland Regional Council anniversary award.

Following her 1991-2002 service as a University of Otago Council member, the Council resolved to record formally its appreciation for her valuable contribution to the University over those years. Justice French’s other previous service to the University includes teaching in the first of Otago’s professional legal studies courses.

Justice French will also give the graduation address for tomorrow's 4pm ceremony at which she will have her Honorary Doctorate of Laws conferred.