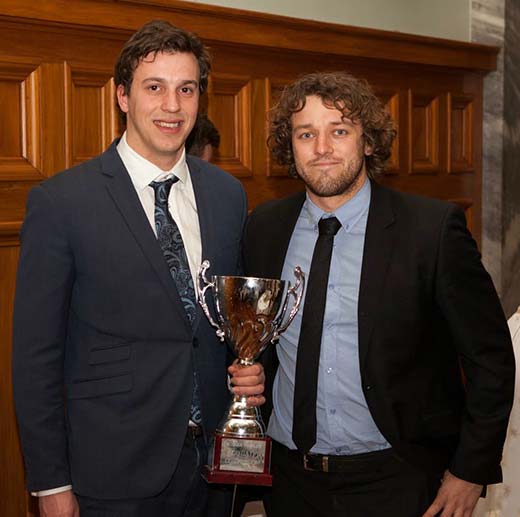 Students from the Faculty of Law at the University of Otago achieved great success at the recent Australian Law Students Association (ALSA) and NZ Law Students Association (NZLSA) Conferences. During the conferences, students compete in a variety of competitions, including Mooting, Client Interviewing, Negotiation and Witness Examination. Two teams successfully made the quarter-finals of the ALSA Competition, made up of Client Interviewers Jordan Hamel and Matthew Gunn and Negotiators George Meale and Ben Bielski.

At the NZ Law Students Conference, which was in Wellington over the last week of August, Junior Mooters Olivia Klinkum and Zared Wall-Manning made it into the finals for their competitions. Negotiators George Meale and Ben Bielski also made the finals and went on to win their competition.