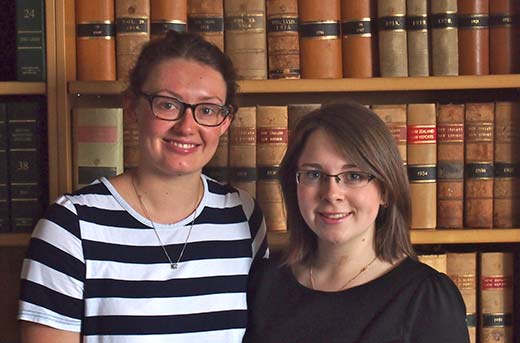 Both Amber and Alicia are no strangers to the competition, having won the National IHL Competition last year. The duo competed against other New Zealand Universities on the ever increasing and challenging law, regarding armed conflict.

As winners of the National Moot, Amber and Alicia secured a spot in the finals, which were held in Hong Kong in March this year. They competed as representatives of New Zealand against 24 other teams from 18 countries across the Asia-Pacific region.

This year’s moot problem looks at a variety of IHL issues, including the classification of conflicts, destruction and protection of cultural property, private military contractors and direct participation in hostilities. Amber and Alicia have been preparing under the guidance of Marcelo Rodriguez Ferrere.

Teams will be competing in front of a world-class judging panel, including Sir Geoffrey Palmer, former NZ Prime Minister and Law Commissioner, Colonel Justin Emerson of the Defence Legal Services and Ambassador David Vogelsanger, Ambassador of Switzerland to New Zealand – an expert in IHL.