From Otago to Harvard 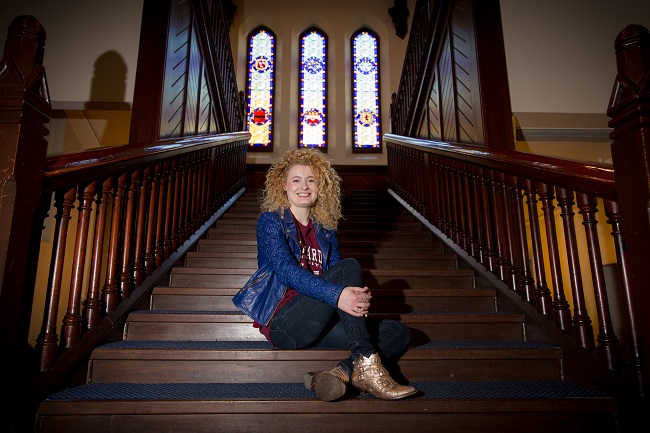 Sophie Gilmore included an ‘outside the box’ writing sample in her application to Harvard University's PhD Programme in Film and Visual Studies, which may have contributed to the Otago Art History Masters student’s success.

In February Sophie learned she had been accepted into Harvard’s programme on a full scholarship, including five years’ stipend and accommodation.

Sophie says, “I think my interests fitted their programme so well. They liked my writing sample. It was quite an ‘outside the box’ topic “Renaissance visual theory based on mathematics and contemporary 3-D cinema” – but I think that was why they chose me, because they take a range of approaches to film. They seem to want a range of cultural perspectives too, with other intakes this year including people from Italy and Ireland.

“I am amazed by it; I really can’t believe it and I’m so excited.”

Sophie has a strong interest in art criticism and the art world, and has already published articles in New Zealand art magazines. Her Masters study is being supervised by History and Art History Professor Takashi Shogimen and Film and Media Studies Professor Hilary Radner.

Professor Radner says, “Harvard flew Sophie out to Boston at their expense so that she could see the university and meet the faculty. She was thrilled by the visit and by the students and scholars there. I always say our best students are as good as any in the world.”

Sophie expects to complete her Otago Masters in July and depart for Boston in August.

Find out more about Art and Art History at Otago