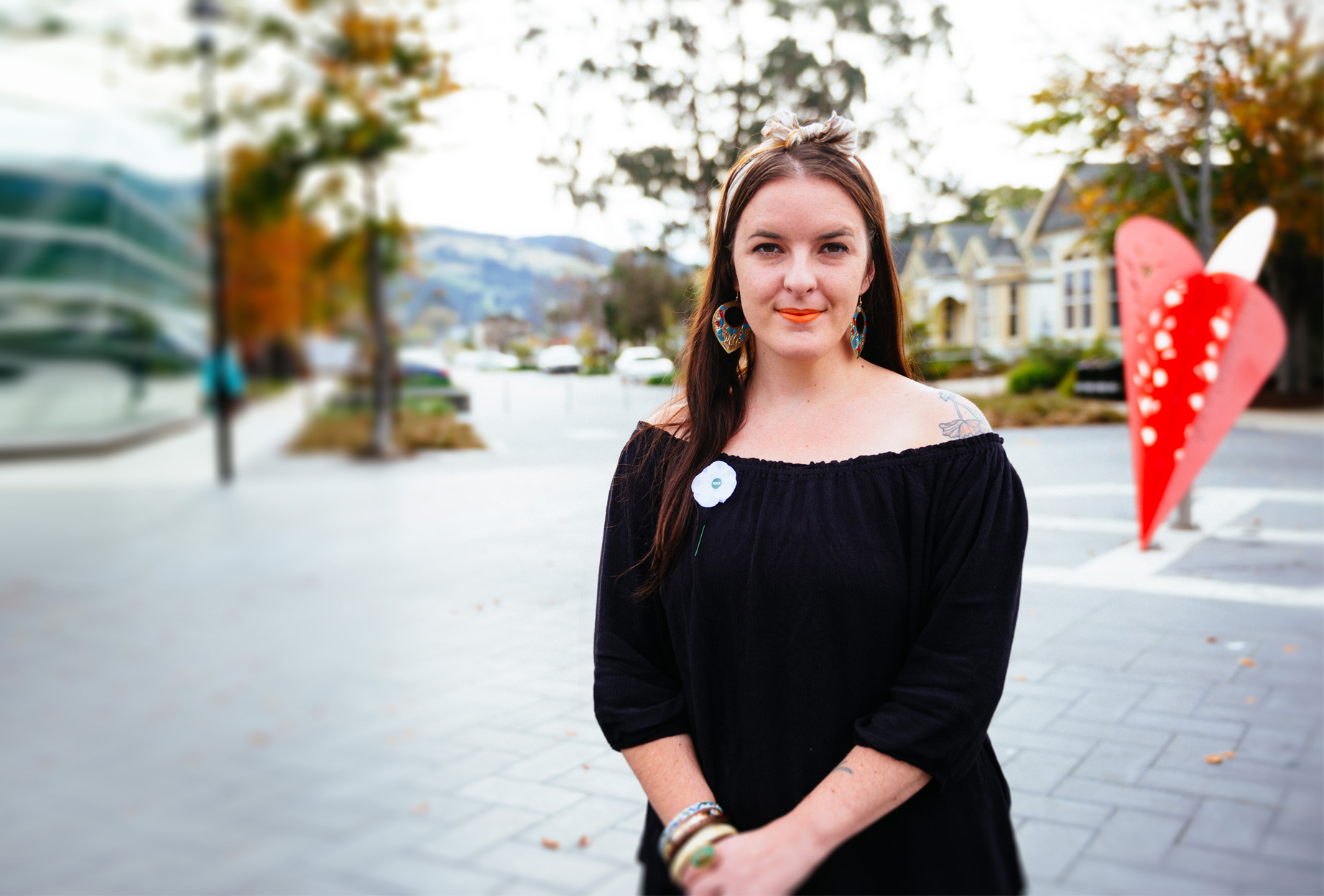 Roberta (Robbie) Francis’s “exceptional” essay about the disruption of disability won the Otago PhD candidate a place at the prestigious 47th St Gallen Symposium, Switzerland, last May and a ‘Wings of Excellence’ award.

The annual essay competition is used to select 200 Leaders of Tomorrow who are invited (expenses paid) to bring young people’s perspectives to the debates engaging the Symposium’s 600 Leaders of Today – all top-level, international decision makers from business, politics and society. The Wings of Excellence award is given to the top 100 essays. Robbie’s essay, ‘Lucy Leg – The Ultimate Disruption’ succeeded against nearly 1000 entries from 350 universities in 109 countries.

Robbie lives with phocomelia syndrome, which means she was born without most of the bones in her lower legs. After major reconstructive surgery she now wears a prosthetic limb called ‘Lucy Leg’ and lives knowing that her other leg may also need to be amputated one day. In 2014 Robbie established The Lucy Foundation – an organisation that connects the dots between business, trade, employment, poverty and disability.

..."we can use social enterprise as a way to encourage inclusion and diversity in the economy..."

Robbie says, “I had to write the essay on an idea that disrupts. I wrote about Lucy Leg as my idea of disruption. I showed how disability disrupts the way we do business and how we can use social enterprise as a way to encourage inclusion and diversity in the economy – moving away from traditional models both of charity and of disability.

“At the Symposium there is an opportunity to take the essay further. Certain of the top 100 Leaders of Tomorrow get to make a video on their topic and the best of those share it with the rest of the Symposium.”

Robbie found out about the essay competition via FaceBook, and didn’t let on to her PhD supervisors at Otago’s National Centre for Peace and Conflict Studies until she heard of her success. Coincidentally, Robbie was going to be travelling around the time of the symposium anyway, gathering research for her PhD, which focuses on human rights and the protection of people with disabilities during armed conflict.

“I am going to Ecuador to interview people who have been affected and displaced by the conflict in Colombia and who identify as living with a disability. After that I hope to attend the United Nations 10th session of the conference parties signed up to the Convention on the Rights of Persons with Disabilities, at the New York UN headquarters.”