Scholarships helped not just Blair, but his whole family 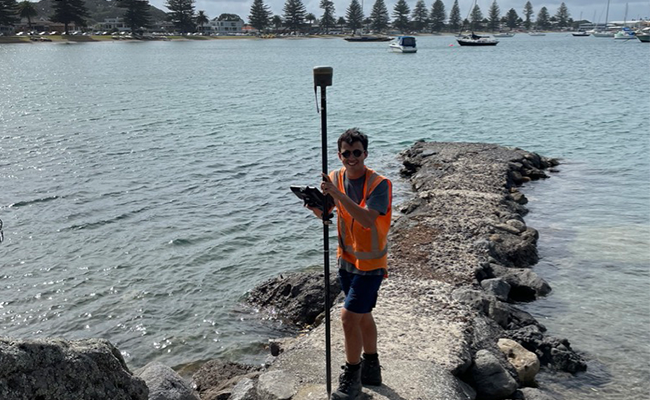 Blair says even though the scholarships were awarded to him, winning $21,000 helped his whole family succeed.

For Blair Rutherford, winning two scholarships ahead of attending the University of Otago benefited not only him, but his whole family.

The fourth year Bachelor of Surveying student won both the University of Otago’s Vice-Chancellor’s Scholarship, and the Keystone Trust Study Award Scholarship, in 2019.

Blair says a large part of why he applied for the scholarships was to relieve his parents of some financial stress - he is a triplet, and he also has a sister that’s two years younger.

“At the time, myself and my triplet siblings - one brother, one sister - all wanted to go to university, which I think freaked my parents a bit because they were unsure if they would be able to support three children at university at one time.”

His younger sister also intended on pursuing tertiary education. Blair and his two sisters are now attending university, while his brother started work in Australia in 2020.

Blair says even though the scholarships were awarded to him, winning $21,000 helped his whole family succeed.

“I felt so lucky to be offered such an amazing award and opportunity. I was so grateful because I knew how much it would help my parents, as well as my siblings to have the chance to attend university.

“Although I was awarded the scholarship myself, it essentially helped my family to succeed which is something I cannot be more grateful for.” 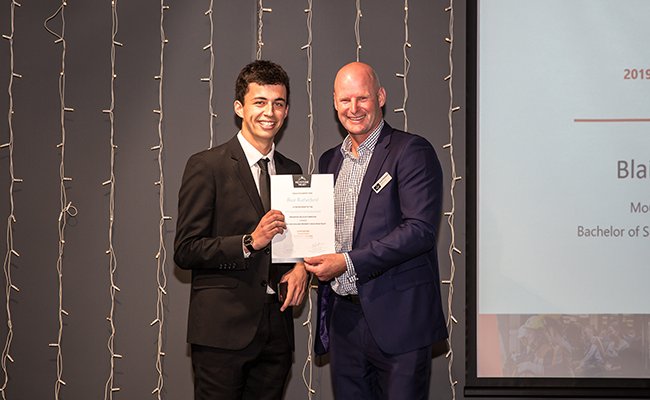 Blair encourages students to “just apply for anything and everything, every little bit helps”.

During Blair’s final year at high school, he felt a little bit lost, but knew he wanted to study at university.

“I became quite close with my school’s careers teacher, Mrs Jane Doherty. She led me on the right path and without her I likely wouldn’t have received my scholarships, or potentially even be studying surveying,” he says.

He encourages students to “just apply for anything and everything, every little bit helps”.

Blair found the application process “pretty easy”, saying initially everything was done online, covering questions such as ‘what are your intentions for university?’, and ‘what are your personal circumstances?’.

The scholarships had not only provided Blair with money, but also mentoring, building site visits in Auckland and Dunedin, entry to networking events all across the motu and the opportunity to network with many people in the construction sector.

Blair says he has had constant support from his family and the scholarships have grown his confidence and passion for the construction industry.

He has spent the previous two summers working with Stratum Consultants in Tauranga as a survey intern and has since been employed by Stratum as a graduate surveyor. He is hoping to become a licensed cadastral surveyor while working for Stratum, before heading overseas.

Applications for University of Otago scholarships close on Monday, 15 August.