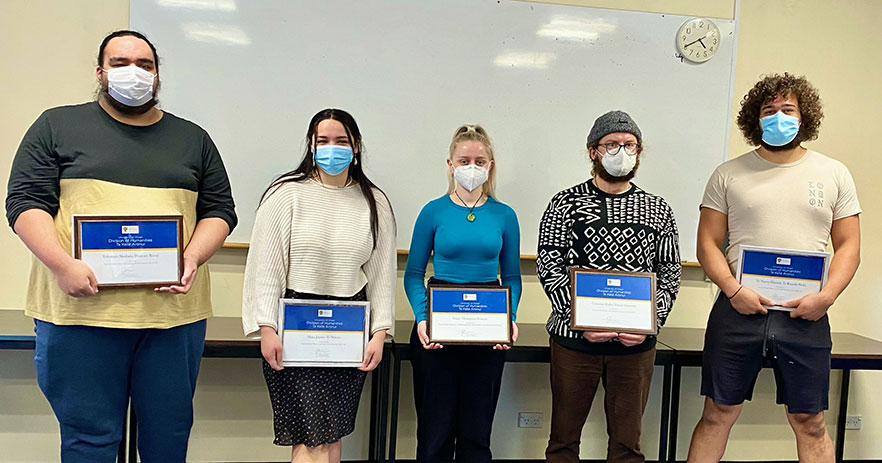 Supervised by English and Linguistics Senior Lecturer Dr Hunter Hatfield, Te Ngaru and Saffron interviewed 10 people who spoke Pākehā English as a first language and 18 people who spoke te reo Māori or Māori English as a first language. Each  participant was asked to share an anecdote or a personal story, retell the creation narrative of Ranginui and Papatūānuku, and construct a story about a frog using cues from a wordless picture book. 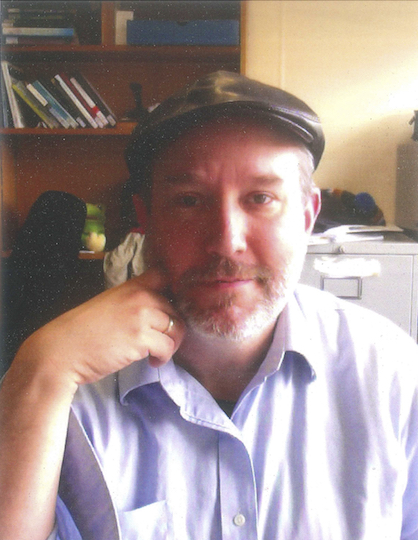 They then counted all “referring expressions”, such as proper names, nouns and pronouns, to see how characters were introduced and how words recurred. They also looked for other linguistic devices that were common or unique to each language type.

“A good example was the ‘zero-pronominalisation rule’, which is a common linguistic feature in te reo Māori. We also saw that pronouns aren’t as frequently used in te reo as they are in Pākehā English and Māori English,” Ngaru says.

“While there is a good corpus of work on Māori kōrero, there’s remarkably little in the field of linguistics on kōrero in te reo Māori. Almost all previous linguistic studies on Māori storytelling are by Māori speaking in English. We hope to be able to compare trends by Māori and Pākeha in both te reo and English.”

He praised the scholarship as a great example of “student-led” research.

“Te Ngaru and Saffron indicated areas they wanted to learn more about and then I attempted to assist with my linguistic skills. The project would not have happened without their involvement. Te Ngaru, for example, translated all of the te reo Māori personally. The two of them collected all data personally. My role was advice.”

Hunter is pleased the students continued their research in LING 390 in semester one, focussing on the recordings made during this project for their independent study.
“This matches the purpose of the Māori Summer Scholarships, which is to build Māori research and let students develop research skills, possibly considering postgraduate work later.”

Te Ngaru says the project gave him the skills required for future study. He learned how to research more efficiently when collecting and analysing data and reading relevant studies.

“It’s opened my eyes to the possible research ideas in Linguistics regarding Māori concepts, which I hope I can carry over to honours or master’s level. I’d like to examine if people who speak te reo Māori as a first language tend to adopt a passive voice in narrative storytelling compared to natural speech, where there is a tendency to adopt an active voice.”