From crime scenes on the street to procedure in the court room, ten school students enjoyed a rare chance to explore the inner workings of New Zealand's justice system, during a week long experience at the Faculty of Law.

The year 12 and 13 students hailed from the Bay of Islands to Balclutha, and had all earned a place in the University of Otago's week long Hands-on programme, which began on 15 January and gave students a fantastic experience of university life.

During the programme the students experienced the vital first stages of a police investigation, learned about the possible pitfalls in our justice system that might cause miscarriages of justice, and conducted their own mock trials. They capped this off with a visit to the courts to see justice in action.

The students kept a diary of their experiences, which we have posted here.

By Poppy and Clementine

Little did we know upon our arrival in the ‘Deep South’ that hours later we would wind up in a cell in the local police station. 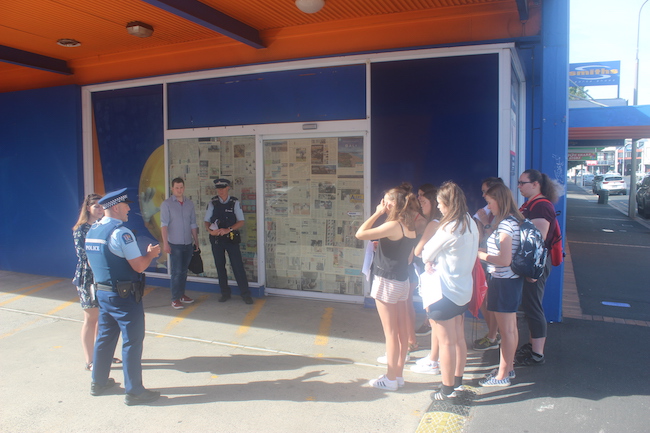 Thankfully, this time we had remained on the right side of the law! From mug shots to mundane offices, the Southern District Police Headquarters oozed order and intelligence. Our grim preconceptions of the police force quickly diminished with the more accurate realization that their job is far more complex than consuming a surplus of donuts and issuing fines! With an 83% trust and confidence rate, one of the highest in the world, their commitment to our community was evident.

As we were taken through the various levels of the building, we explored the processes of an arrest. Although a police station is not your typical excursion (or at least we hope not!) we enjoyed extending our knowledge of legal practices used within the police force. The police station is no longer a labyrinth of mystery. A great start to the week! 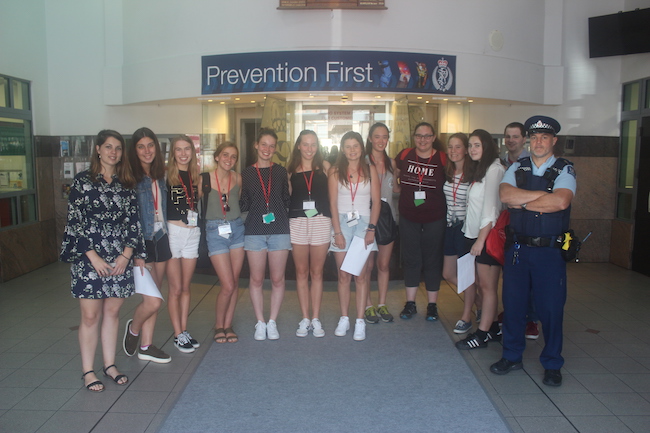 By Grace and Kaya 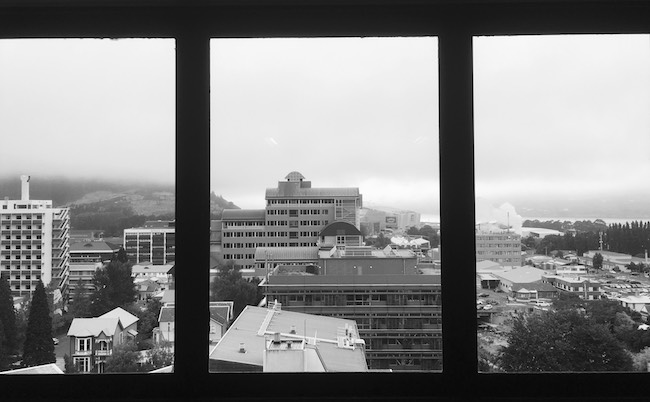 Today was another informative day, during which we learnt about miscarriages of justice. We learnt about when the law system convicts the wrong person and the Innocence Project steps in to help.

The Innocence Network is an international organisation that aims to free innocent people who have been imprisoned. The New Zealand branch was started in 2013 and is based in Dunedin at the University of Otago.

We learnt about common reasons for wrongful convictions, such as false witness identification, perjury and false confessions. We then heard about some cases involving New Zealanders and their legal fights through avenues available to them (the Court of Appeal, Supreme Court and Privy Council (if the case was before 2004) as well as the requirements in regards to new evidence for a retrial.

It was also very interesting to undergo observation tests that made us realize how unreliable and subjective memories can be.

By Annabelle and Kate

As it turns out witness examination is just as fun as it looks in the movies.

On the third day of Hands On Law we learned how to examine witnesses and took part in a mock trial. We found out that there is a simple formulaic order of events in each trial and it wasn’t nearly as intimidating as the movies make it seem.

We all had the opportunity to be part of the prosecution or defence team. It was challenging trying to find flaws in the oppositions case but it was also extremely rewarding.

I think we can all agree that this exercise ignite our passion for criminal law. Our mentors did a fantastic job of explaining and demonstrating how we should act with a mini trial. 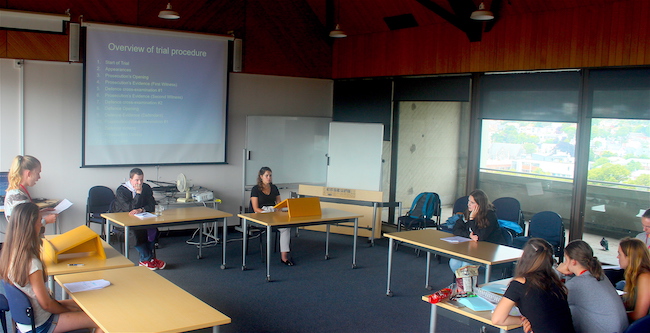 By Florence and Monique (Photo by Kaya)

Sitting behind the Judge’s podium, we felt the power rush to our heads. It was easy to see how life as a judge could be appealing. However, in our tour of the court, we learnt that not everything was as black and white as it seemed.

Upon our arrival, we were shepherded through security and into the court, where both the judge and the defendant were nowhere to be found! Thankfully, they arrived soon after, and shortly after that, court was in session for a sentencing hearing. After much questioning about the defendant’s drug use and emotions, the final sentence was both fair and lenient.

After having had the New Zealand Legal System, and inner workings of the court, explained to us, Judge Michael Crosby kindly took time out of his day to talk to us. This was an extremely informative and once-in-a-life-time experience. From joking with us about university life, to discussing some of the more challenging, and rewarding parts of his job, we got to have a glimpse into the life of a judge.

Overall, we felt very grateful for the opportunity to have an insight into the daily workings of the court. We found the courts to be a complex maze of different organisations and people, and quite different to what we had expected. 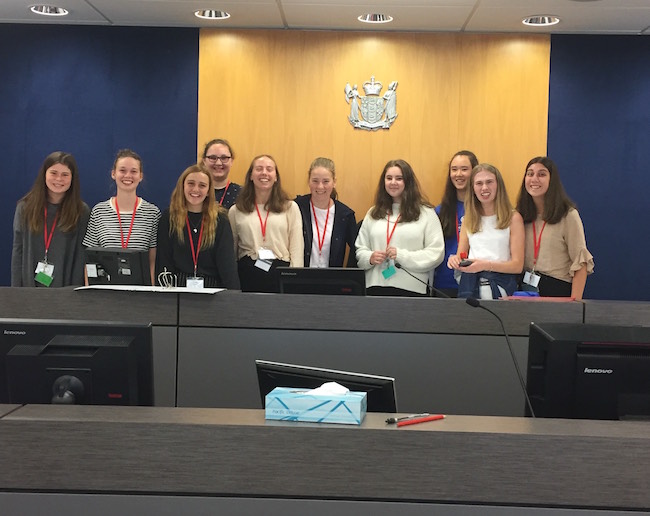 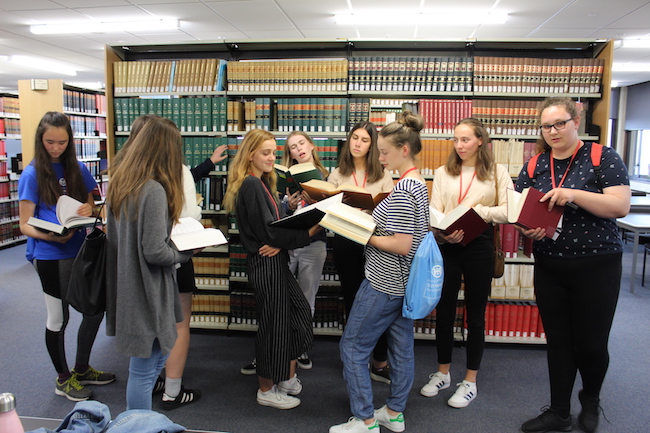 The unexpected awaited our students around every corner throughout their exploration of New Zealand's justice system. They all jumped at the crashing metallic slam of an (empty) cell door and, in the ringing silence that followed, thought about the serious and harsh reality of those who find themselves on the wrong side of the closed door. Back above ground in the police station, they were somewhat heartened by the police's dedication to fair processes and working with the community, and even offenders, to prevent further crime.

Also confronting were the cases of miscarriage of justice that the students learned about on day 2. As they learned how even our most rigorous justice systems might fail, we put their their own memories and biases to the test. But in fact during some interactive psychology exercises they all proved to be surprisingly sharp in their recall of detail—they will all make great law students!

On day 3 the students again surprised themselves at their ability to prepare for and conduct a witness examination in a short amount of time, despite having to deal with different versions of the facts and the complexities of the law.

Day 4 saw them in a real court, again with the unexpectedly real experience of witnessing a Judge decide whether to sentence a defendant to prison or to a community-based sentence. An hour long personal conversation with the Judge gave them further insight which could not be obtained from any other source.

Whether they go on to be lawyers or not, the students will look at our justice system through very different eyes and with the ability to see situations from different points of view—surely that is great training for life! 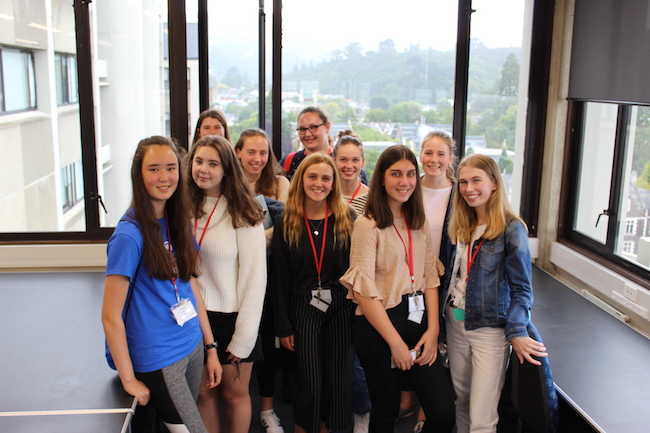