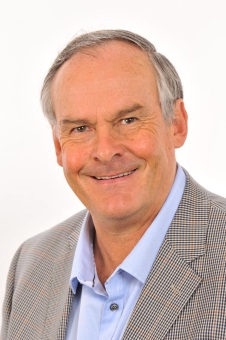 It is not surprising that there is today renewed interest in the thought of Karl Marx, whose 200th birthday is celebrated on the 5th of May. After all, there are uncanny similarities between the condition of global capitalism today and what it was in the late 19th century, when his writings found a ready audience even in far-flung New Zealand.

Herbert Roth accounts how, in the early 1870s, the secretary of Working Men’s (sic!) Mutual Protection Society in Christchurch wrote to Marx’s International Association in London, warning prospective immigrants about the severe depression in the local economy and the poor conditions faced by workers in New Zealand. Soon, information and meeting minutes were exchanged between socialist internationalists in colonial London and colonised Aotearoa, and Marx’s ideas were embraced locally (although he died in 1883). Publications such as Forward (Auckland), and the Socialist (Christchurch) popularised Marx’s condemnation of the exploitation of the working class, giving intellectual support to the emergence of organised trade unions in NZ.

In Dunedin, Otago University lecturer, Alfred Richard Barclay (later representing Dunedin constituencies as MP) gave talks on “The Origin of Wealth, Being the Theory of Karl Marx in Simple Form” to audiences in Dunedin (copy of talk to Roslyn group in Hocken Library). He claimed that the amelioration of working-class conditions and labour-market reforms in New Zealand in the 1890s should be attributed to Karl Marx, “more to than any man in the world.” That might be going too far, but Marx’s ideas clearly spoke to receptive audiences here.

But why would staff at the University of Otago still continue to lecture on Marx in 2018? Has the man, his ideas, and the movement that borrowed his name not been discredited beyond repair? Well, it would seem not, judged by the renewed attention that his work is receiving all over the world. Yes, some particulars of his thought are clearly outdated, and his blind faith that socialism will inevitably replace capitalism was mistaken. Nevertheless, he speaks to our age because of the many similarities between ours and his.

These similarities have to do with the exceptional rate of profits achieved by financial and rentier capitalism, the deteriorating circumstances under which many wage-earners have to eke out a living, the large income and wealth inequalities that result, and the continued threat of global financial instability. In addition, the proxy wars fought by major powers for colonial domination then, echo those being fought for neo-colonial purposes in places like Iraq and Afghanistan now. Then, and now, there is growing concern about the environmental costs of an economic system that turns everything into market commodities.

Marx became popular in the late 1800s because he was the first to explain how immiseration and financial instability, on the one hand, and the fabulous riches and cultural excitement of the belle epoque on the other, were intimately related. The link was the exploitative mechanisms of the first economic system in history that systematically “freed” labour: freed to be sold as a commodity, that is. He, and his co-author (and underappreciated friend and sponsor, Friedrich Engels) were the first to point out that this new economic system was driven by a logic of globalisation that disregarded national borders and would, eventually, overrun the world. But they also empowered their readers and listeners to appreciate that nothing of this is inevitable, and that humans make their own history (albeit not always under conditions of their own choice). As we confront the return of haute finance and the spectacular inequalities of our age, we can do worse than to listen to critical voices of the previous era of market utopianism, including the penetrating critique of Karl Marx.

This article appeared in the Otago Daily Times on 4 May 2018.