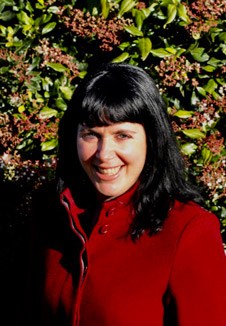 For Otago Postdoctoral Fellow Jane Adams, this milestone is important on both a personal and professional level.

When undergoing IVF, the then commercial lawyer realised that New Zealand’s infertility history had not been explored – so she returned to Otago to begin a PhD on the topic.

Completed last year, that PhD looks at New Zealand’s medico-legal history of infertility and IVF, including how IVF was first reported on and introduced to New Zealand, and also changing understandings of infertility up to the present day.

Dr Adams teaches a Summer School Paper on the topic - HIST230/333 – ‘Creating Kiwi Families’ – which will be offered again in 2019, and a Distance paper as well.

She spoke to the Otago Bulletin Board about what this milestone means.

1. How did you first become interested in IVF as a research topic?

I had been a practising commercial lawyer at a large Melbourne law firm, but as a result of undergoing multiple rounds of IVF in order to conceive our oldest son, I began delving into the history of infertility, and realised that New Zealand's infertility history had not been explored.

2. Tell us more about what your PhD covered?

I explored how medico-legal responses to infertility have developed in New Zealand, due to the development of IVF and related assisted conception technologies. My research spanned the 1950s – at a time when closed stranger adoption was the major solution to infertility – and goes up to the present day, when medical solutions to infertility have replaced non-medical ones.

3. I see that you have a personal connection to IVF – what was the journey like for you?

It was a very difficult experience - one where you can quickly go from feeling full of hope and excitement to deep disappointment and despair on a regular basis, at different stages. Being pumped with high levels of fertility drugs can intensify these emotions too. Ultimately I was so fortunate to be able to conceive our older son Oliver via IVF in Melbourne. Our younger son Daniel was conceived naturally, but following three unsuccessful rounds of IVF too in Dunedin. My heart goes out to those who haven't been so fortunate, as it's a tough road. The media's focus on 'miracle babies' (IVF success stories) leads us to believe that this technology can work for everyone, which just isn't true.

4. This is the 40th birthday of the first IVF baby – why is this milestone so important?

Milestones such as this one can help us reflect both on how far our society has come – as IVF is now a much more commonly accepted treatment than it was when it was first introduced – but also remind us that more work needs to be done in addressing the ongoing stigma that can be attached to infertility. This is particularly so for male infertility, which is far less visible than female infertility, despite being just as prevalent.

5. How has IVF changed over 40 years, both in the medicine and the perception?

When IVF was first introduced to New Zealand, it was only available to married heterosexual couples – and even so, the technology was shrouded in religious and ethical controversy. Even its use by de facto heterosexual couples was controversial at the time. Due to developments in human rights legislation (including homosexual law reform), a far wider range of people were eventually able to access IVF, such as same sex couples and single women. These developments reflect broader trends in New Zealand society, as the once-dominant nuclear family form has been replaced with a much wider range of family forms.

6. Tell me more about the summer school and distance paper you teach?

My Summer School paper, 'Creating Kiwi Families: Legal and Historical Perspectives since 1830' - is aimed at both History and Law students. It examines the extraordinary transformation in family forms in New Zealand, from 1830 to today. It asks how and why these changes occurred and considers the role of the law and medicine shaping these transformations. Topics considered include the shift from ‘natural’ reproduction to medically-assisted reproduction (‘test-tube babies’); childlessness and adoption; controlling and enhancing fertility; debates from the dominant Pākehā nuclear family model to same sex and single parent-led families in the twenty first century.

7. How has the University of Otago contributed to IVF research and debate over the years?

While New Zealand's first IVF programme was started at National Women's Hospital in Auckland, Otago academics have played an important role in the development of IVF in New Zealand. In the early to mid-1980s, Professors Gareth Jones (Bioethics) and Peter Skegg (Law) played a leading role in raising and debating important medico-legal questions about IVF and related assisted reproductive technologies. Infertility specialist Professor Wayne Gillett (Women’s and Children's Health) has made a substantial contribution to infertility medicine over the last four decades, and, particularly along with social worker Professor Ken Daniels (Canterbury), he has helped raise awareness and understanding of infertility in broader society – promoting understanding that it's a condition with not just physical but also psycho-social aspects. Professor Gillett was also my IVF specialist in Dunedin too, so I am grateful for his assistance on a personal level too.

Dr Adams plans to turn her research into a book on the topic.