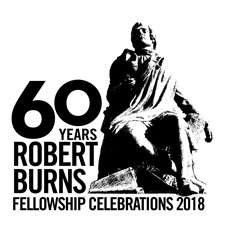 The Burns Fellowship 60th anniversary celebrations will run from Thursday 6 to Sunday 9 September with a wonderful series of public events being offered.

It has been held by the likes of Hone Tuwhare, Janet Frame and Sam Hunt, now the Robert Burns Fellowship is celebrating 60 years of inspiring and promoting imaginative New Zealand literature.

The anniversary will be marked by a series of literary events including exhibitions, an open home at Robert Lord Writers Cottage, readings by former Fellows, and the launch of Cilla McQueen's new collection of selected poems.

Associate Professor Jacob Edmond, of the Department of English and Linguistics, says the 60th anniversary “allows us both to reflect on past achievements and to anticipate an even greater role for literature and the arts in the University, city, and country over the years ahead”.

With four days of events planned, Associate Professor Edmond is particularly looking forward to the “Tribute to Absent Fellows”. Past Burns Fellows will read the work of, and pay tribute to, those giants of New Zealand literature who are no longer with us or are unable to attend.

“This will be a moving and powerful event,” he says.

"It seems fitting, then, that we are partnering with the New Zealand Young Writers Festival in a number of our events in order to reach the broadest possible audience and to help inspire a new generation of creative writers."

He is also especially excited about a series of workshops that will allow young writers, both in and beyond our creative writing programme, to meet and learn from our great writers.

“The Fellowship was established to support talented young writers, and many Fellows in turn encouraged our students to go on to careers as novelists, poets, and playwrights. It seems fitting, then, that we are partnering with the New Zealand Young Writers Festival in a number of our events in order to reach the broadest possible audience and to help inspire a new generation of creative writers.”

The anniversary provides an opportunity to look back and recognise the “major contribution” the Fellowship has made to New Zealand literature, the University, and the greater city of Dunedin, New Zealand’s first, and so-far, only UNESCO City of Literature.

“Looking ahead to the University of Otago's 150th anniversary next year, we also recognise the central role played by literature and the arts in our institution from its founding (one of the University’s first three professors held a chair in English literature) to the present day.

“We also look forward to an even greater role for the Fellowship in coming years and celebrate Otago’s emerging strength as a key national and international centre for the study of creative writing and contemporary literature,” Associate Professor Edmond says.

The University’s English programme now has a full suite of creative writing papers, with two new courses on offer this year. It also has a vibrant and growing PhD programme in creative writing, which includes among its staff and students nationally and internationally recognised and award-winning writers; Scottish crime novelist Val McDermid will soon be added to this list as a Visiting Professor over the next three years.

“In the coming years, the Burns Fellowship will no doubt play a key role in cementing Otago’s reputation as a centre for literary and creative arts.”

The Robert Burns Fellowship is New Zealand's premier literary residency. It was established in 1958 by a group of anonymous Dunedin citizens to commemorate the bicentenary of the birth of Robert Burns, and to perpetuate the community's appreciation of the part played by the related Dunedin family of Dr Thomas Burns in the early settlement of Otago. The annual 12-month Fellowship aims to encourage and promote imaginative New Zealand literature and to associate writers with the University. It is open to writers of poetry, drama, fiction, biography, autobiography, essays or literary criticism who are normally resident in New Zealand.

5pm to 6:30pm: the University Book Shop will host the launch of Cilla McQueen's new collection of selected poems, Poeta: Selected and new poetry. Other former Burns Fellows will also be available, along with a selection and display of their books.

Fri 7 Sep
10am to 10:30am: official opening and celebration of the Otago English Programme's Stair Poems by Ruth Dallas and Hone Tuwhare; RSVP required to english@otago.ac.nz.

11am to 12.20pm: workshop sessions with former Burns Fellows for young writers (attending high school), and tertiary students; members of the public interested in attending should email Jacob Edmond (jacob.edmond@otago.ac.nz) to register their interest.

1pm to 2pm: a number of former Burns Fellows will read short extracts from their works at a lunchtime reading session on campus in the Link.

3pm to 4pm: Victor Rodger Young Writers' Workshop - Victor will lead students through several writing exercises and encourage participants to use material from their own lives (registration required: emailing your full name, phone number and workshop title to look@youngwritersfest.nz).

4:30pm to 5:30pm: the official opening of the University of Otago Special Collections exhibition dedicated to the work of all Burns fellows. RSVP is required, to library.admin@otago.ac.nz or 479 3985.

10am morning tea, followed by panel discussion at 10:30am: From Book to Film — Adapting New Zealand Literature to the Screen. The Dunedin Public Art Gallery Society has organised a panel discussion related to this topic, which includes former Burns Fellows, and the moderator is Chris Prentice, Associate Professor, Department of English and Linguistics, University of Otago.

1:30pm to 3:30pm: the Dunedin Writers & Readers Festival presents a Tribute to Absent Fellows. We’ll salute the 17 Burns Fellows no longer with us – friends, whanau and colleagues of our Absent Fellows will take the podium and read in their honour. Poetry, fiction, drama and non-fiction will mingle; a patchwork of Burns brilliance is assured.

2pm to 4pm: A celebration of the Stations of the Cross painted by artist, poet, film-maker, environmental activist, Joanna Margaret Paul (1945-2003), is to be held in the Church of St Mary, Star of the Sea, 38 Magnetic St, Port Chalmers. A number of former fellows will read and speak at the event. A warm invitation is extended to all.

Hocken Collections is pleased to support the celebration of the Burns Fellowship 60th Anniversary and NZ Theatre Month with a small display of material featuring dramatic and theatrical works by Fellows drawn from across the collections. The exhibition runs from 1 to 15 Sep in the Hocken Collections Foyer, 90 Anzac Avenue, Dunedin.