Award-winning baritone's concert to celebrate "where it all began" 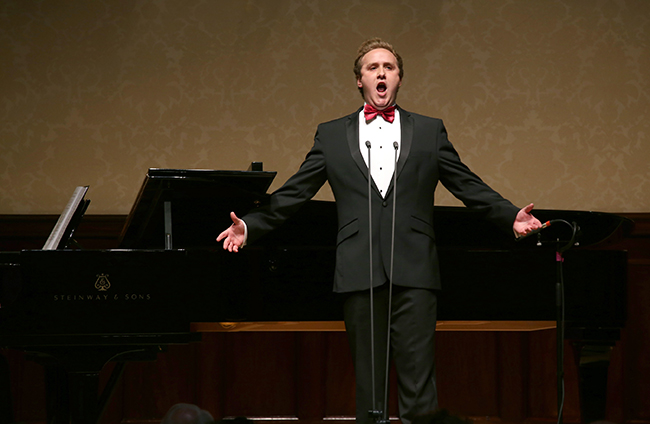 Multi-award winning international baritone and Otago music graduate Julien Van Mellaerts is excited at the prospect of returning to his alma mater tomorrow to perform “where it all began”.

Mr Van Mellaerts, accompanied on piano by Department of Music, Theatre and Performing Arts Professor Terence Dennis, will perform several pieces by Schumann and Debussy at 1pm on Wednesday 26 September at Marama Hall.

“It is particularly exciting to come back to Otago to perform, and to work with Terence again because this is where it all started for me. Professor Dennis and Isabel Cunningham introduced me to the world of Lieder and art song, and that is what has really accelerated my career.

“My teachers at Otago really set me up well for an international career, and gave me the tools to deal with the musical and professional demands. I’ve not performed in Dunedin since my final master’s recital in 2013, and it is so exciting to be back here at Marama Hall, where I spent so many hours singing and learning!” 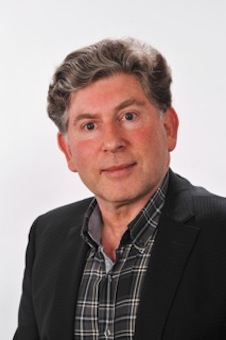 Now based in Europe, Mr Van Mellaerts has had success in a string of international competitions, and was recently winner of the Maureen Forrester Prize and the German Lied Award at the 2018 Concours Musical International de Montréal.

After studying at Otago between 2008 and 2012, he gained valuable skills at the International Opera School of the Royal College of Music. On graduation, he was awarded the Tagore Gold Medal. He is also a scholar and alumnus of the 2017 Verbier Festival Academy, the 2018 Heidelberger Frühling Lied Academy with Thomas Hampson, and the 2018 Bayreuth Festspiele Stipendium.

His studies have been supported by the 2016 Kiwi Music Scholarship, a 2016 Countess of Munster Award, the Hunn Trust and the ongoing support of the Dame Kiri Te Kanawa Foundation.