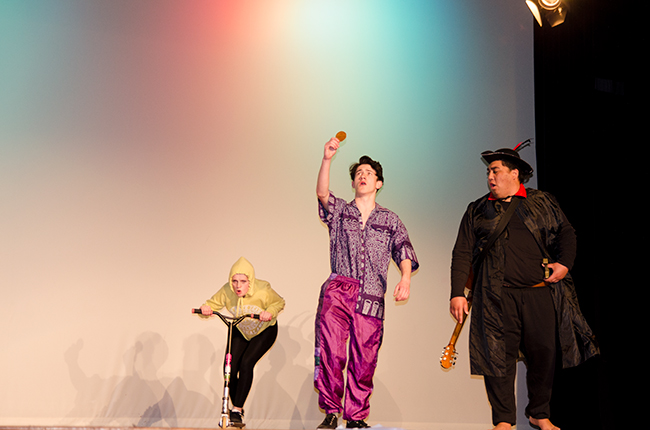 Pupils rehearsed scenes from three Shakespeare plays at the University of Otago College of Education Auditorium ahead of performances on 5 and 6 October.

“All the world’s a stage,” as Shakespeare’s immortal line has it and this week the spotlight focussed on the Dunedin campus and 48 secondary school pupils attending the SGCNZ National Shakespeare Schools Production.

The pupils were chosen from 24 regional and national SGCNZ University of Otago Sheilah Winn Shakespeare Festivals, and have been joined by the winners of costume design and music competitions, Shakespeare Globe Centre New Zealand CEO Dawn Sanders says.

Since arriving in Dunedin from around the country last Saturday they have spent their days in workshops and at rehearsals.

“They didn’t know their roles when they arrived on Saturday, but by Monday they were cast and learning lines. It’s fast and furious,” she says.

Their hard work culminates at 6:30pm tonight and 7:30pm on Saturday when the pupils will perform 40 minute excerpts from Taming of the Shrew, Love’s Labour’s Lost and Antony and Cleopatra. 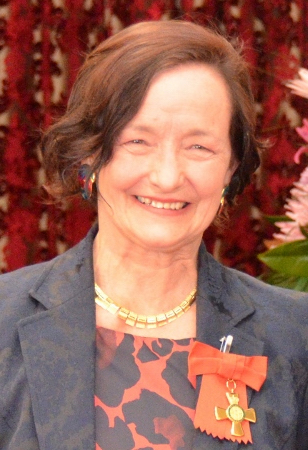 Dawn Sanders after her investiture as ONZM, for services to theatre in 2013

Their itinerary also includes cultural and theatrical experiences, including a backstage tour at the Regent, an excursion to Larnach Castle, attending the play Eloise, and performances by Otago actor Terry McTavish and SGCNZ alumni.

Earlier this week the University hosted a lunch at St Margaret’s, which featured a question and answer session with SGCNZ alumni who are now studying at Otago.

“Careers of all types are helped by this experience and we genuinely believe we are a life-skills enhancing organisation. The expectation isn’t that they’ll become Shakespeare actors, or even actors, but that they’ll be team players who are able to communicate,” Mrs Sanders says.

Among the almost 115,000 pupils who have taken part in SGCNZ events since its inception in 1991 are Prime Minister Jacinda Ardern, singer Kimbra and US-based actor Melanie Lynskey.

“It’s heart-warming they want to participate. Shakespeare’s not formally on the curriculum now, but it’s so evident they get the relevance because he is an eternal playwright – they make the association that his words are as relevant to a Donald Trump situation as they were in the 1600s, and the themes on relationships are, too.”

The University of Otago is a proud principal sponsor of the event, and a number of University staff from English and Theatre programmes have served as performance assessors and workshop tutors during the Festival. SGCNZ has also provided the University community with a number of fascinating, internationally-recognised speakers, from the Globe in London and other Shakespeare-related companies. English programme staff have also marked essay competition entries, she says.

From the 48 pupils at the Festival this year, 24 will be chosen for the SGCNZ Young Shakespeare Company (SGCNZ YSC) to train and perform at Shakespeare's Globe, London, in July next year. 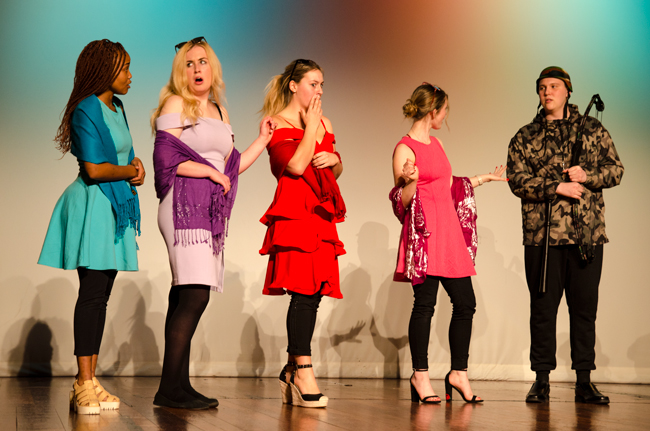