Students in POLS216: Politics and the European Union were introduced to the many complexities of the Brexit decision during a recent four-week simulation. (Photos: Petra Paignton)

Brexit continues to cause controversy, even when the prospect of the United Kingdom leaving the European Union (EU) is a hypothetical scenario designed to introduce second-year Politics students to the ins-and-outs of the process.

Associate Professor James Headley says running a Brexit simulation with his POLS216 class over the past four weeks introduced them to the many pros, cons, and complexities arising from the 2016 referendum in which 51.89% of Britons voted to leave the EU.

Students were placed in EU member-state groups to gain greater understanding of the key issues at stake, the interests and views of the various member state governments they represented, and how member states interact in EU institutions such as the Council of the EU. 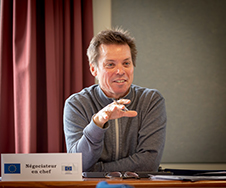 “The philosophy behind it was that through active learning they would gain greater insights into the issues and processes – specifically for Brexit, but more generally EU issues and processes. And working in groups would also create a greater sense of togetherness and practical skills in negotiating with others,” he says.

Student feedback showed that the class enjoyed some healthy debate, encouraged participation, and that replicating the political process created a realistic learning environment.

The Greek delegation obviously got right into character, describing the exercise as ‘πολύ καλά’ (very good).

One student said that while delegates were “happy enough with the final result, no one got exactly what they wanted.” Another noted that a treaty setting out clear guidelines for Britain’s withdrawal, and its future relationship with the EU, was preferable to a “no-deal”.

“It is hard to get agreement – amendments need to be sold as best for the whole EU,” they said.

A raft of political and economic “grey-areas” emerged during the process, many of which are defining issues for real-world negotiations.

Students identified these as the “champagne thing” (and other issues relating to specific policies about geographically related brands); “the Scallop thing” (about the extent to which British fishing fleets can access French seabeds) and, perhaps more significantly in terms of the potential for conflict – “the Ireland issue”. They also discussed how travelling with non-human, four-legged companions – especially cats, dogs and ferrets – might become more complex after Brexit, as the PETs scheme (aka the Pet Passport programme) is set to end. 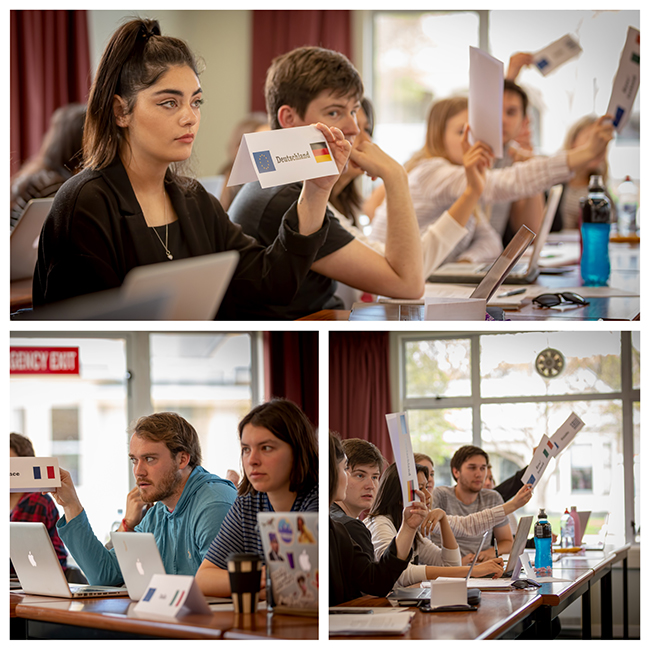