Experiencing Progressive Rock will be launched in Dunedin at Relics Music on 24 October. 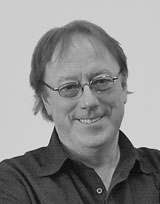 Why did you undertake this research, and the publication project?

My last monograph – on music and nationalism in the UK since the 1990s, and which was a shortened version of my PhD – was facilitated by interviews with several famous members of the folk and rock communities in the UK.

To be offered the more recent chance to choose a topic that fitted publisher Rowman and Littlefield’s ‘Experiencing (subject): A Listener’s Guide’ series offered the opportunity to select an area of music that was my first choice and is comparatively under–documented – progressive rock music.

While most of the authors in the Experiencing series have focussed on a musician or composer, I decided to propose a ‘genre’ instead and my idea was accepted. Progressive rock has been one of my favourite areas of music since my youth and the style emerged while I was being classically trained as an orchestral trumpet player.

I did, however, spend most of my performance career as a studio bassist and later worked with several of the musicians I discuss in the new monograph, hence the relative ease in obtaining interviews. On entering academia, I published a great deal on British nationalism and its ties to British folk music. This new work, however, offered me the freedom, while I was mainly on research and study leave, to write about the music that formed my own musical personality as a teenager before I turned professional at the age of 19. (Q'n'a continues below image). 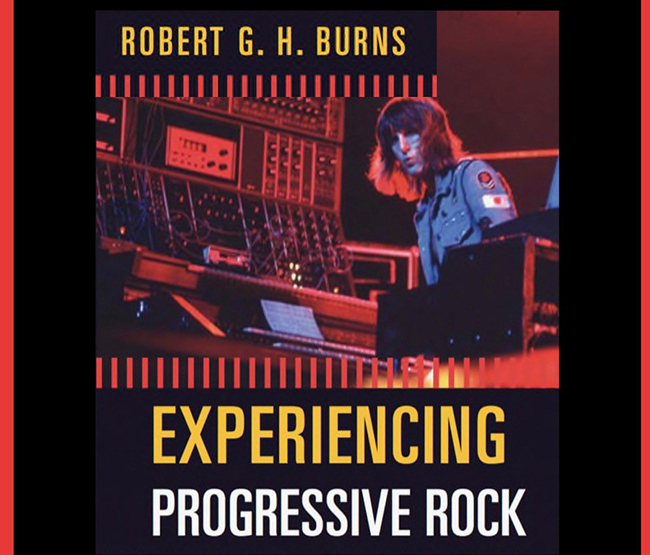 What is the book about?

The book is not intended to be a comprehensive history of the genre and the publishers were adamant that it should be aimed at the informed listener and the undergraduate. It does, however, use a chronological structure that proposes that Sgt. Pepper (1967) could easily be regarded as the first ‘concept’ or ‘progressive rock’ album.

The term ‘progressive’ remains a matter of contention among many of the musicians who were playing it in the late 1960s and early 1970s, as well as the musicians playing it at the present. This is because it was a media term applied to bands which experimented with musical structures, harmony, ignored the three minute pop music ‘formula’ (with encouragement from record companies) and, quite often, reworked classical music. Many of the musicians I interviewed eschewed the term and did not want their music to be pigeon–holed. In fact, one member of King Crimson preferred the term I have often used myself – ‘underground’ – a word taken from Allen Ginsberg of the Beat Generation in his description of his relationship and work with Jack Kerouac and Neil Cassidy.

As stated, I was fortunate that I have maintained contact with many famous ‘progressive’ rock musicians, many of whom put me into contact with their own contacts and they all provided extremely informative interviews. Several others were former colleagues from various bands who also connected me to other musicians.

Why was ‘Prog Rock’ so important, and what’s its legacy? Did it lead to any technological advancements, or changes in recording/ the way people listened to music?

Progressive rock has ‘progressed’ and been through many changes since the album I still regard as the seminal prog album, ‘In the Court of the Crimson King’ (1969) by King Crimson. The genre survived the various changes in popular music all over the world (Punk, New Wave, Electronica, for example).

It also now has several sub–genres, one of the most currently popular being ‘progressive metal’, a style that has the same emphasis on musical virtuosity and the progressive rock of the 1970s. Equally, from the late 1960s to the present day, progressive rock and new technologies have run hand in hand, one driving the other (an issue that could be traced back to The Beatles using the recording studio’s facilities as a means of experimentation). Three of my interviewees, Steven Wilson, formerly of Porcupine Tree and now performing under his own name, Jakko Jakszyk of King Crimson, and Grammy award winning mastering engineer David Glasser, all explained their technological approaches to how they make earlier albums from various bands’ back catalogues sound ‘current’, including 5.1 remixing. The notions of sonic perfection was a term that many other interviewees also raised and discussed how their approach to the instruments, amplification and other technologies they have used has changed over decades.

The book will appeal to the musically curious listener. ‘Musical curiosity’ is a term used by Steven Wilson and he was one of the main people I talked to who regarded boundaries placed around any musical style as being potentially damaging to it. There is a comprehensive suggested listening list at the back of the book that may appeal to someone coming to the music for the first time, as well as existing progressive rock fans who may not have heard some of the newer music being produced nowadays.

I close the final chapter with a question: is progressive rock a term that describes a genre from a certain period of time or is it, as the name suggests, still progressing? I suggest the latter.

He also played on many TV shows such as Mr Bean, Blackadder, Alas Smith and Jones, Three of a Kind, French and Saunders, The Lenny Henry Show, Not the Nine O'Clock News and Red Dwarf.

In the Department Associate Professor Burns is also Coordinator of Contemporary Music Performance.