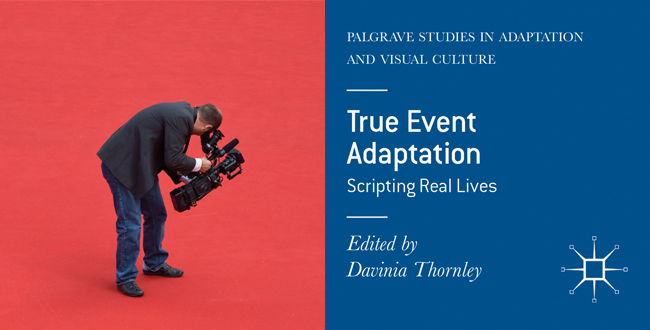 Media, Film and Communication Senior Lecturer Davinia Thornley says her new book True Event Adaptation; Scripting Real Lives examines how the retelling and reinterpretation of “real-life” events through film, and a range of media, can alter our collective recollection of the past.

Dr Thornley edited the book which appears in the Palgrave Studies in Adaptation and Visual Culture series. It was launched earlier this month.

I was interested in writing about Out of the Blue because it was a local event, but also because--after watching Rob Sarkies' film. I felt Sarkies had managed to make an art house film about an event that had been coded "Man Alone" in the minds of the NZ public since 1990 (including by me, as I watched it on the news in an Auckland flat as a young adult).

His film changed this. What did it mean to have such a horrific event changed through its representation in film? I argue that Out of the Blue has allowed New Zealanders (and overseas audiences) to understand the Aramoana shootings from the perspective of the community, in turn bringing them into a more nuanced relationship with the massacre.

That then brought me to wanting to do an edited book (which included my chapter) on the impact of true event adaptation on understandings of cultural memory. The essays ask (and frequently answer) the question: how do we script stories about real events that are often still fresh in our memories and may involve living people? 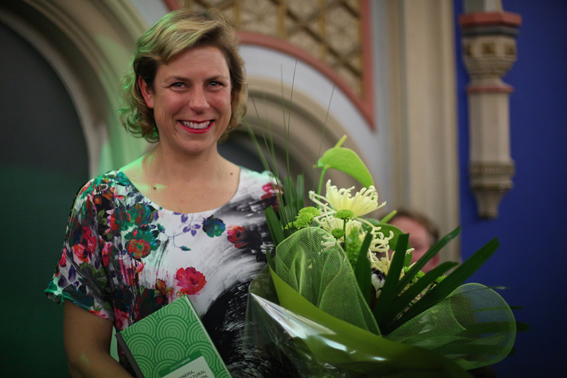 Dr Thornley at the 2015 launch of her book Cinema, Cross-Cultural Collaboration, and Criticism: Filming on an Uneven Field

The book contains essays from scholars committed to interrogating historical and current hard-hitting events, traumas, and truths through various media. Each essay goes beyond general discussion of adaptation and media to engage with the specifics of adapting true life events—addressing pertinent and controversial questions around scriptwriting, representation, ethics, memory, forms of history, and methodological interventions.

Written for readers interested in how memory works on culture as well as screenwriting choices, the collection offers new perspectives on historical media and commercial media that is currently being produced, as well as on media created by the book’s contributors themselves.

Why did you choose Out of the Blue , and a retelling of the tragic events at Aramoana, as a good example of “cultural memory”?

Precisely because it was such a shocking event; Aramoana remained clouded to the general public until the release of Out of the Blue. Sarkies' film has allowed us to understand this event, particularly how to locate it: in our nation's history, in our national cinematic canon, and in terms of forging a future path that lays to rest the outdated trope of "Man Alone."

You want to know how to think critically about representations of events as wide ranging as Osama bin Laden's assassination; the current 97 per cent rate of genital mutilation on Egyptian women; the role of social media in Scandinavian teenagers' lives; the Paris terrorist attacks; surfing films; the Aramoana shootings; and even the Italian mafia's impact on 'life imitating art.'