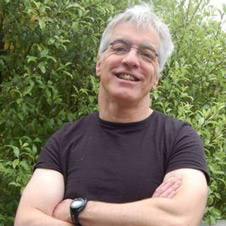 Humbled, nervous and determined are the three words Charles Pigden uses when asked to describe his feelings on becoming elected as the next Academic staff representative on the University Council.

“Charles received 48 per cent of the 504 votes cast, with the second place candidate receiving 25 per cent of the votes,” Mr Stoddart says. “We are grateful to the four candidates who stood for election and to those who nominated them, and to our academic staff who took the time to vote.”

Associate Professor Pigden, an expert on the ethics of Bertrand Russell, on Hume and the Is/Ought question and a pioneer in the now burgeoning field of the Philosophy of Conspiracy Theories, has been at Otago since 1988. He was one of the co-founders of the Philosophy, Politics and Economics programme, serving as Coordinator/Director from 1999 to 2016.

"We are grateful to the four candidates who stood for election and to those who nominated them, and to our academic staff who took the time to vote."

He is not new to political work. From 1989 to 2003 he was active in the Alliance, trying to combat the neoliberal revolution, and in the early 1990s he was also active in Amnesty International, serving as Chair of the Dunedin North branch.

He says he is experiencing a range of emotions as he prepares to take on the Council role.

“Humbled by the confidence that my colleagues have expressed in me; nervous about my ability to live up to their expectations; but determined to do my best.”

“Craig has been actively involved on a number of committees and was a member of the Appeals Board,” Dr Somerville says. “The Council greatly appreciated the value of his wide-ranging understanding of the University, both as a graduate of it and as a long-serving academic staff member. I wish Craig all the very best for his ongoing teaching, research and community service.”

Associate Professor Pigden will hold the position from 2019 to 2022.