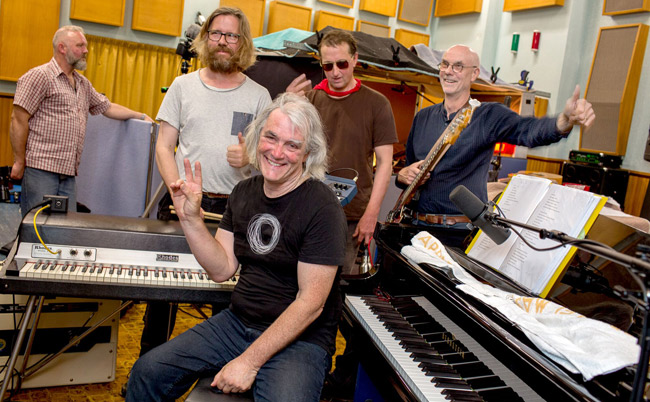 In a Beatles-like tribute to the University’s Albany Street recording studio, a group of Dunedin musicians, joined by some former Otago students, gathered at the studio from Friday to Sunday to record an album of 22 songs over the three days.

The Albany studio, built in 1967, is based on a BBC design and has often been compared to the Abbey Road studio in London where the Beatles recorded many of their famous hits, although the EMI studios at Abbey Road opened in 1931. And like the Beatles, all the musicians at the weekend’s recording were in the room together at one time.

“It’s about exploring the interactions between the musicians in the room. They know each other but they’d never played together,” Dr Egenes says. “It was about sending them on a serendipitous journey to discover what could be pulled off.” 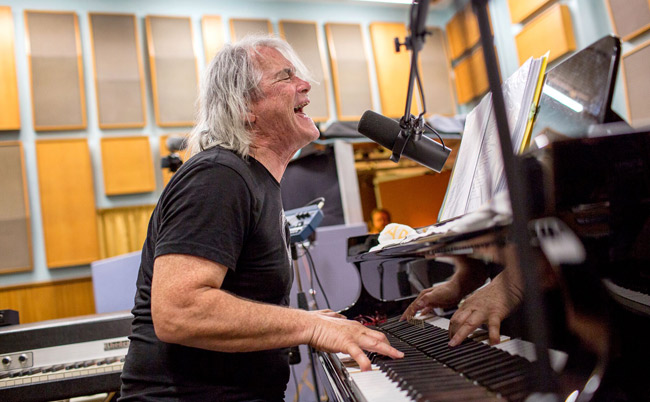 “We have incredible musicians down here. The idea was to celebrate the magic of musicians creating and playing together in the way that the Beatles worked,” he says. “It was a celebration of the power of music and musicians really, and what acoustic music really is about.”

He says that personally, it is also a way of giving back to the University. He studied music at Otago in the late 1970s.

"We have incredible musicians down here. The idea was to celebrate the magic of musicians creating and playing together in the way that the Beatles worked."

“I am very interested in a wider conversation about the role of music in the community, its power as knowledge and how we can rescue the industry and musicians from their current neglect in these challenging times – with the belief that a sense of music properly understood could indeed save the world,” he says.

Performers for the album included a number of well-known Dunedin musicians, including John Dodd, head of music at Logan Park High School on bass guitar, David Kilgour from The Clean and Craig Monk on violin and guitar.

Also performing was well-known saxophonist Stevie Rice, as well as Auckland drummer Chris O’Connor who has played with SJD and the Phoenix Foundation. Danny Buchanan was the engineer.

Next year, before the building is demolished, he also hopes to separately record a communal track with lots of Dunedin musicians and film it as a celebration of the studio. 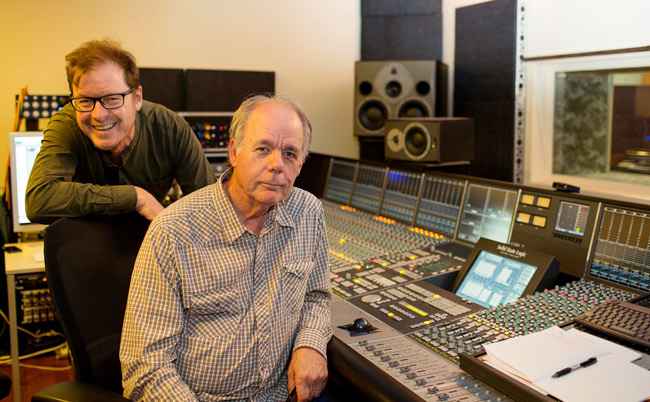