Talk of murder most horrid is on the rise as Dunedin prepares to host some of Scotland, Ireland and New Zealand's top writers at the inaugural Celtic Noir Crime Writing Festival on October 12 and 13.

The line-up of Festival speakers reads like the short-list for a major award in the genre; Irish authors Adrian McKinty and Liz Nugent, and New Zealand talents Dame Fiona Kidman and Vanda Symon will discuss their latest books, and all things criminal during a series of workshops and author panels at the Dunedin City Library throughout the weekend. 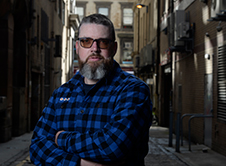 CISS co-director and inaugural Stuart Chair in Scottish Studies Professor Liam McIlvanney, who is also an award-winning crime novelist, will also feature at the Festival, and will also give a free public lecture on Scottish and Irish crime fiction on October 10 at the University of Otago. 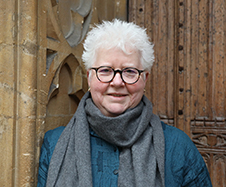 “I’d love to see Celtic Noir become a regular event on the Dunedin arts calendar. Certainly, the wealth of talent in Irish, Scottish and New Zealand crime fiction is such that we are not likely to run out of possible participants any time soon.”

The Celtic Noir crime writing festival is presented by the Centre for Irish and Scottish Studies (CISS), Dunedin Writers & Readers Festival, Dunedin Public Libraries, and Dunedin UNESCO City of Literature. It is proudly sponsored by the University Book Shop.

Tickets for all Celtic Noir seminars and sessions are available HERE VIA EVENTBRITE!

What Is Celtic Noir? (public talk)
Professor Liam McIlvanney, co-director of the Centre for Irish and Scottish Studies, explores the long and intertwined history of crime writing in Scotland and Ireland, identifying the key characteristics and assessing the major exponents of Celtic crime fiction.
When: Thursday 10 October, 5.00pm
Where: Burns 7 Lecture Theatre, University of Otago campus
Free

Plotting a Thriller with Liam McIlvanney (workshop)
People read thrillers for lots of reasons, but mainly for the story. As Mickey Spillane famously put it, ‘Nobody reads a book to get to the middle’. Getting your story in shape is vital. Award-winning crime novelist Liam McIlvanney takes you through the process of plotting a thriller, explaining how to generate suspense, why the three-act structure is your friend, and what strategies will carry you from inciting incident to finale. The workshop includes space for practical exercises and class discussion.
When: Saturday 12 October, 10.00-11.30am
Where: 4th Floor, Dunedin City Library
Tickets: $49 (including service fees)

Fiona Kidman in Conversation with Majella Cullinane
Having established herself as one of New Zealand’s most celebrated and best-loved novelists over a long and varied career, Dame Fiona Kidman has belatedly turned to crime! Her latest novel, This Mortal Boy, tells the true story of young Irish immigrant Albert ‘Paddy’ Black, the so-called ‘Jukebox Killer’, who was hanged for the murder of a teenage acquaintance in 1950s Auckland. The novel, which was recently awarded the Ngaio Marsh Award for Best NZ Crime Novel and won the $53,000 Acorn Foundation Fiction Prize, was described by the NZ Listener as ‘a tale about violent acts that is infused with humanity and compassion’. Dame Fiona will discuss This Mortal Boy, as well as her distinguished literary career, with prize-winning Irish poet and novelist, Majella Cullinane.
When: Saturday 12 October, 1.00-2.00pm
Where: 4th Floor, Dunedin City Library
Tickets: $17 (including service fees)

Adrian McKinty on Writing the ‘High-Concept’ Thriller
Adrian McKinty’s recent history reads like a novel in its own right. Two years ago, having seen his family evicted from their home because he couldn’t make the rent, McKinty had given up writing and was driving an Uber when his agent persuaded him to give his dream of literary glory one last shot. The resulting thriller, The Chain, is being published in thirty-five territories, is already a New York Times and Sunday Times bestseller and Paramount recently bought the movie rights for a seven-figure sum. McKinty’s breakout novel, The Chain is a brilliant example of the ‘high-concept’ thriller, a ‘book with a hook’ – a premise that draws readers in and propels the narrative forward. McKinty will talk with fellow crime writer Liam McIlvanney about the process of writing a high-concept thriller, his phenomenal recent run of success, and where he goes from here.
When: Saturday 12 October, 2.30-3.30pm
Where: 4th Floor, Dunedin City Library
Tickets: $17 (including service fees) 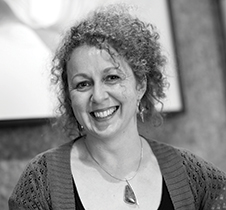 Cops and Horrors featuring Vanda Symon and Liz Nugent
This session brings together two acclaimed crime writers working in very different genres. Dubliner Liz Nugent has been called ‘the finest psychological thriller writer currently at work’, serving up chilling portraits of psychopaths in dark, Gothic novels like Lying in Wait, Unravelling Oliver and Skin Deep. Dunedin’s own Vanda Symon, by contrast, is a skilled exponent of the police procedural, pitting her gutsy heroine, Detective Constable Sam Shephard, against villains of various stripes in novels like Overkill and The Ringmaster. Sonja Tiernan, herself a Dubliner as well as the Eamon Cleary Professor of Irish Studies at Otago, chairs the discussion, exploring the visceral appeal of these ever-popular genres.
When: Saturday 12 October, 4.00pm-5.00pm
Where: 4th Floor, Dunedin City Library
Tickets: $17 (including service fees)

Val McDermid in conversation with Adrian McKinty
Scotland’s ‘Queen of Crime’ Val McDermid returns to the Edinburgh of the South to discuss the thirty-fifth novel of her stellar career. How the Dead Speak is the latest in the bestselling Tony Hill and Carol Jordan series. It comes hot on the heels of My Scotland, a book of memoir and photography which takes readers on a journey to the landscapes Val has known all her life, and the places where her stories and characters reside. McDermid – who has recently taken up an appointment as Visiting Professor of Scottish Studies and Crime Fiction at the University of Otago – will discuss her long and extraordinary career with chair Adrian McKinty.
When: Saturday 12 October, 6.30pm Drinks reception. 7.00-8.00pm for author talk.
Where: 4th Floor, Dunedin City Library
Tickets: $28 (including service fees)

Liz Nugent Masterclass (workshop)
In this Masterclass, award-winning crime novelist Liz Nugent will talk about the core principles of writing drama that can apply to TV, radio, cinema or novels. Using the pilot episode of Breaking Bad as a teaching tool, she will examine plot, dialogue, characterisation, structure and awareness of the medium in question. Participants are required to bring only pen, paper and their imagination!
When: Sunday 13 October, 10.00am-1.00pm
Where: 4th Floor, Dunedin City Library
Tickets: $49 (including service fees)

Panel Discussion on Celtic Noir Featuring Val McDermid, Liz Nugent and Adrian McKinty
Some of the most successful and acclaimed crime fiction of recent years has emerged from Scotland and Ireland. Liam McIlvanney assembles a panel of Celtic crime writers – Scotland’s Val McDermid, and Ireland’s Liz Nugent and Adrian McKinty – to discuss the current landscape of crime fiction in both countries. What makes crime such a prominent genre in Scotland and Ireland? What do the two literatures have in common? How important is the shared inheritance of Gothic fiction in Ireland and Scotland? Panelists will debate these and other questions from the audience as the Celtic Noir Festival draws to a close.
When: Sunday 13 October, 2.00-3.00pm
Where: 4th Floor, Dunedin City Library
Tickets: $17 (including service fees)

Dame Fiona Kidman is one of New Zealand’s most acclaimed and best-loved novelists. She has written more than thirty books and her latest novel, This Mortal Boy, was awarded the Acorn Foundation's Prize for Fiction at the Ockham Book Awards 2019. She has a DNZM, OBE and two French honours, including the French Legion of Honour. 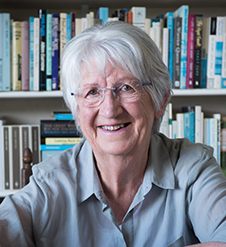 Scottish author Val McDermid's novels have been translated into forty languages and have sold over sixteen million copies worldwide. This year she has released Broken Ground, the fifth in the Karen Pirie series and How The Dead Speak, the eleventh book in the Wire in the Blood series, featuring clinical psychologist Dr Tony Hill and DCI Carol Jordan. 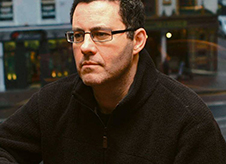 Adrian McKinty was born in Carrickfergus, Northern Ireland and is the bestselling author of the Sean Duffy series. His novel Dead I Well May Be was shortlisted for the 2004 Dagger Award and his novel The Chain has been optioned by Paramount Pictures. His books have won the Edgar Award, Barry Award, Anthony Award and Ned Kelly Award.

Liz Nugent is a writer of award-winning psychological suspense novels Unraveling Oliver, Lying in Wait and Skin Deep. All three books topped the Irish bestsellers list and have won multiple Irish Book Awards. They have also been optioned for screen adaptations. In 2017, Nugent won the Irish Woman of the Year Award for Literature.

Vanda Symon’s Celtic roots come via Fiji and her Campbell seafaring great-grandfather. She is the writer of the Sam Shephard detective series and The Faceless. Symon is a three-time finalist for the Ngaio Marsh Award for Best Crime Fiction, and her novel Overkill has been long listed for the 2019 CWA John Creasey New Blood Dagger.