Chaired by Victoria Campbell (Kai Tahu) Kotahi Mano Kāika Programme Leader, Professors Rewi and Higgins shared insights on the revitalisation of te reo Māori, as well as their views for the future of Māori language in Aotearoa.

Also part of the week’s celebrations, Hui Poutama was held on 16 and 17 October, to give Māori academic staff and postgraduate students the opportunity to network and showcase their research.

Ngā Pou Whirinaki events concluded with a celebration of the Māori Centre’s 30th anniversary on 18 October. 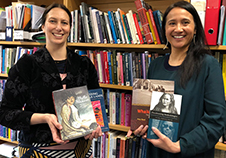 Professor Jacinta Ruru (left) and Research Fellow Jeanette Wikaira show some of the 150 non-fiction books by Maori featured in the exhibit.

“Our intention for Te Takarangi was to curate a list of 150 books that profiled and celebrated important Māori leaders, thinkers and scholars of our time from the first books published in the early 1820s through to current Māori scholars, researchers and writers who are claiming a space and a voice in the research environment of Aotearoa,” Wikaira says.

The origins of Te Takarangi lay in the curation of 150 Māori authored non-fiction books spanning 202 years of publication.

“We are really proud to bring our original Te Takarangi exhibition to Otago. It is a beautifully crafted taonga made by Ngāti Maniapoto artist Len Hetet that features all 150 books, supported by several colourful themed posters and complimented with the design of Otago specific storyboards that connect Otago strongly to many of these books,” Professor Ruru says.

“The legacy of Māori research scholarship goes back to the first Māori graduate Tā Te Rangihiroa (Sir Peter Buck) who had an extraordinary scholarly career and who continues to be an inspiration for Māori researchers at Otago. Our Ōtākou exhibition will profile important Otago Māori research and researchers who are making an impact in Aotearoa and beyond."

The exhibition will also celebrate champions of Māori research at Otago, including the Hocken Library, whose significant Māori collections have provided fertile research grounds for the development of Māori scholarship. 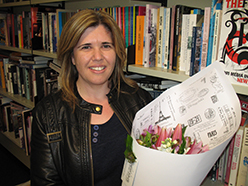 Ruru, Wikaira and Wanhalla hope that Te Takarangi provokes and challenges as much as it acknowledges and celebrates.

“As well as a celebration we are also asking the wider University community to critically consider the significant role that Māori have always played in research and scholarship in Aotearoa,” Associate Professor Wanhalla says.

“Our names might not have always appeared on the covers of books, but we were there. In the past we were the researched. Now we have come off those pages and we are writing and researching and publishing and collaborating with our communities to tell our stories.

“Te Takarangi is a story of Māori scholarship, we were there when the first ever Māori book was produced in 1815 and we are still here now, claiming a voice and space in the academy”.

Held over two days at the Barclay Theatre, the hui’s aims were to help Māori academic leaders network and understand situations taking place across universities throughout New Zealand.

The keynote speaker was Toroa Pohatu, one of the founders of Te Tumu, School of Māori, Pacific and Indigenous Studies. The two-day symposium also included 12 in-depth presentations on innovative Otago Māori-led new research focused on the health, cultural, educational, environmental and economic wellbeing of Māori. 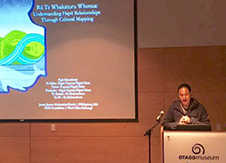 “That is, acknowledging the work of those who have come before us as we work together and with our communities to build pathways of resilience and transformation that will guide us into the future.”

The public event was ordinated by Te Poutama Māori, the University of Otago’s collective representative body of Māori academic staff.

Dr Ruwhiu says the hui goes beyond showcasing research, and is one of many ways Māori staff and students at Otago embody whanaungatanga, to nurture and build relationships together, and within the wider University community.

Te Huka Mātauraka THM (Māori Centre) is the main Pou Whirinaki within the University of Otago and has been supporting Māori students to succeed using a kaupapa Māori approach for 30 years. 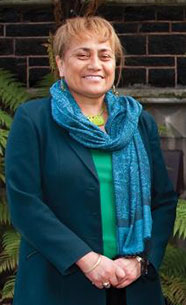 The dinner acknowledged the importance of the Māori model of support which is aimed at highlighting the critical importance of celebrating Māori student success and achievement.

The celebrations will also be used to acknowledge of the hard work and commitment of Māori staff, the resilience and determination of Māori students to succeed at tertiary level, and the long term support and relationships the centre has with the wider Māori community both locally and nationally.

This comes at a time when Māori student numbers at Otago have increased significantly; from 8.5 per cent of the student cohort in 2014 to just under 10 per cent last year.

Vicky Totoro, one of the Te Huka Mātauraka’s senior counsellors, says the model is critical to nurture and support tauira on their journeys at Otago.

“Although academic study is a very Westernised and individualistic pursuit, Māori students are not studying at Otago as individuals,” she says.

“The students stand on the shoulders of those who have gone before them and they are supported by their whānau to succeed and the Māori Centre’s model of support provides students with the same whānau based philosophy.”

Many of the Māori students who come to Otago, come with aspirations to succeed and for many they are fulfilling aspirations their whānau have for them to be lawyers or doctors or neuro-scientists. It is this understanding of the wider whānau that surrounds Māori students that the Māori Centre brings to every interaction they have with each student.

Before the event Centre manager Pearl Matahiki said staff were looking forward to bringing together a wider whanau “who have all made the Māori Centre the success that it is today.”

“There are many who have contributed and continue to contribute to the Māori Centre. There are past staff, past students, past tutor, local community and mana whenua who have all played a vital part in weaving together the many threads that binds our Te Huka Mātauraka kaupapa and has kept it strong for 30 years.” 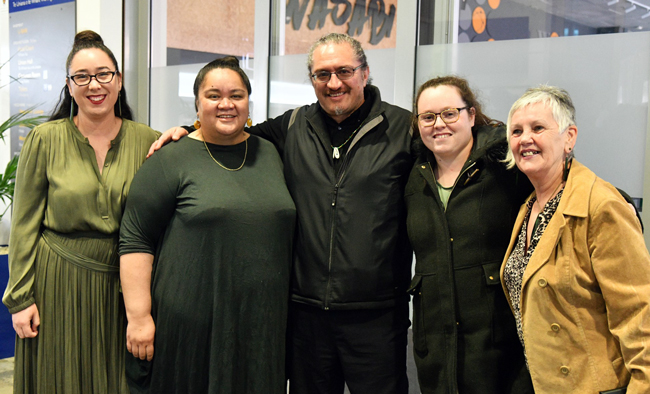 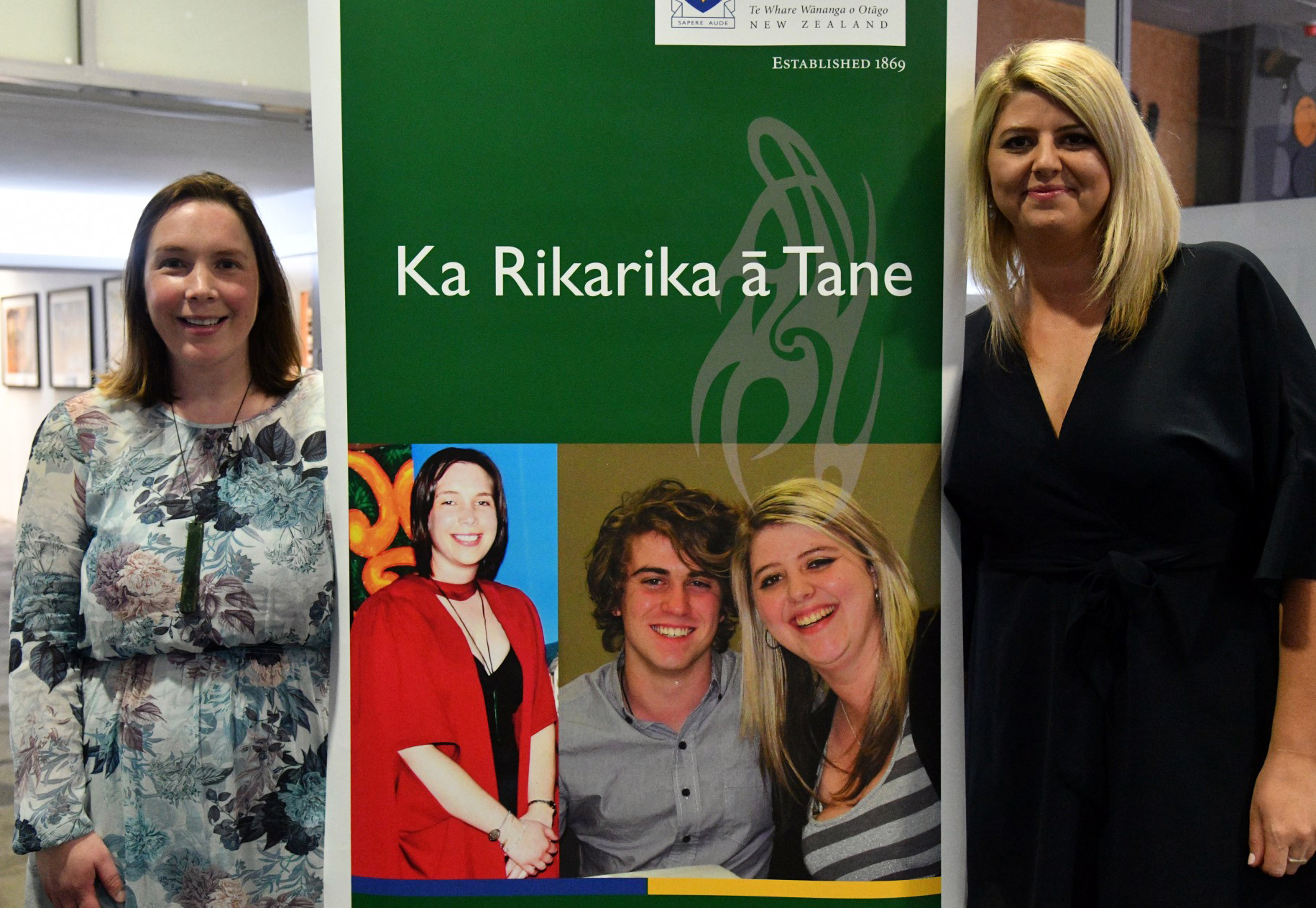 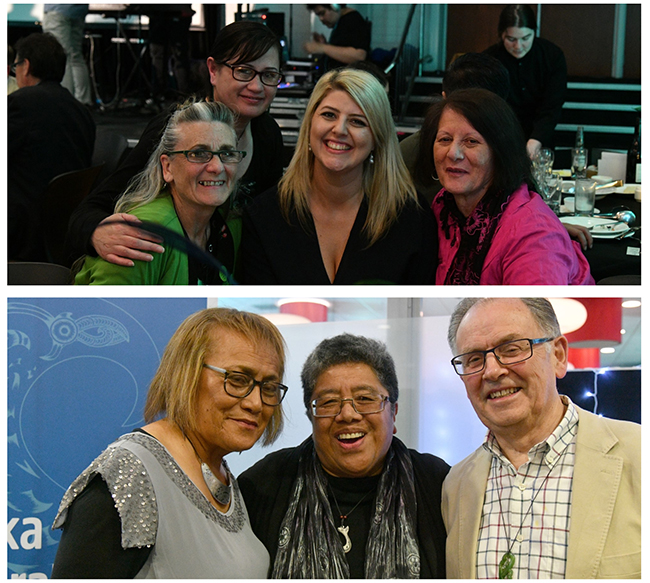