The two-month fellowships will be open to writers of Irish or Scottish birth, residence or affiliation. Fellowship holders will be invited to address and mentor students in Otago’s Irish and Scottish Studies and Creative Writing programmes, and will participate in a number of public events.

The inaugural CISS Scottish Writers Fellowship will be held jointly by Scottish crime writer Craig Robertson (the Sunday Times-bestselling author of The Photographer and Murderabilia) and American-Scottish novelist and screenwriter Alexandra Sokoloff (author of the bestselling Huntress/FBI series). Robertson and Sokoloff will take up their Fellowship in September 2020. 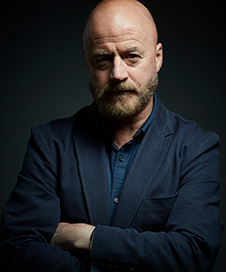 Craig Robertson says he is delighted and honoured to accept the award in its first year.

“I’m sure the Fellowship will become a much sought-after path to Dunedin. I’m hugely looking forward to becoming part of the writing community there and to meet the staff and students of the Centre for Irish and Scottish Studies. New Zealand is a country I’ve only ever visited briefly, and I welcome the chance to learn more about its culture and people. Above all, I appreciate this marvellous opportunity to clear valuable writing time in the beautiful environs of Broad Bay and Dunedin and work on my next novel.”

Alexandra Sokoloff is “looking forward to the adventure of New Zealand and Dunedin, of learning about the country, getting valuable time to write, and connecting with the creative writing community in Otago.”

The inaugural CISS Irish Writers Fellowship will run in 2021; the holder has yet to be confirmed.

Praise for the new fellowships 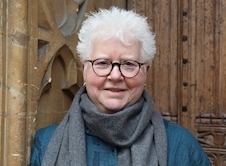 “Having already spent ten weeks based at CISS both in Dunedin and at the Caselberg Cottage, I can testify to the potential value of these fellowships both to the writers and to the Centre. The exchange of ideas, the establishment of creative relationships and the deepening of cross-cultural understanding will enrich everyone concerned. It's a programme of tremendous promise all round,” she says.

Stuart Chair of Scottish Studies and CISS Co-Director Professor Liam McIlvanney says the Fellowships are aimed at adding to the current literary renaissance underway in Ireland and Scotland across a variety of genres.

“To have eminent Irish and Scottish writers contributing to the activities of our Centre for Irish and Scottish Studies will be a tremendous advantage to our students. It will also benefit the wider community, enhancing Dunedin’s status as a UNESCO City of Literature and developing cultural connections between Aotearoa and Ireland and Scotland. We are delighted to be partnering with the Caselberg Trust in this initiative, and we are deeply grateful to the Stuart Residence Halls Council and the Eamon Cleary Trust for helping to make these CISS Fellowships possible.” 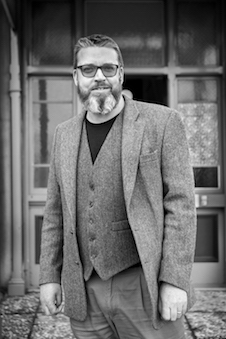 “Our students at the Centre for Irish and Scottish Studies will be offered an invaluable opportunity to engage with and learn from esteemed writers. This initiative also furthers connections between New Zealand with Scotland and Ireland. It will provide writers the opportunity to experience what Aotearoa has to offer culturally and academically, which they can bring back to their home countries and perhaps into their writing.”

“Congratulations to Otago University and the Centre of Irish and Scottish Studies for this important and timely initiative, which will lead to even greater interaction between Irish and Scottish writers and the wider community in Dunedin. We look forward to working closely with the Centre and the visiting writers to enhance and broaden the already flourishing links in the city, building on the global reputation Dunedin enjoys as a UNESCO City of Literature.”

Scottish Culture Secretary Fiona Hyslop said the two new writing fellowships will offer wonderful opportunities for the exchange of ideas and cultural enrichment, as well as life-changing experiences for those taking part.

“Literary exchanges like these build on the longstanding and deep relationship which exists between writers and scholars of Scottish studies from Scotland and New Zealand. I’d like to congratulate Craig Robertson and Alexandra Sokoloff for jointly winning the inaugural fellowship, and hope it enables them to build rich and lasting cultural links with their fellow writers in New Zealand.”

The new fellowships represent a partnership between CISS and the Caselberg Trust. Holders of the fellowships will be housed at the Caselberg Cottage at Broad Bay on the Otago Peninsula for the months of September and October. They will receive a stipend, the use of a car, and office space in the Centre for Irish and Scottish Studies at Otago’s Dunedin campus.