Changes ahead for Professors Smith and Smith

After working together for over a quarter of a century - sometimes even sharing an office - "husband and wife team" Professors Jeff and Lisa Smith are heading in different academic directions.

Jeff, who came to Otago in 2005, was recently appointed as College of Education Dean. Since joining the University he has worked in several roles, including as Associate Dean of the University Research Performance. 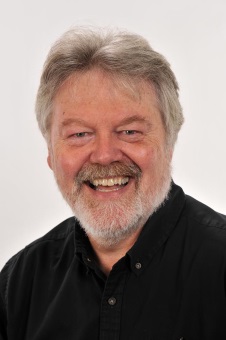 Professor Lisa Smith, who came to Otago in the same year, recently stepped down as Head of the School of Social Sciences and is retiring.

Prior to coming to Otago, Jeff taught at Rutgers University for 29 years, serving as Chair of the Educational Psychology department, and Associate Dean of the Graduate School of Education.

He also started the Office of Research and Evaluation at The Metropolitan Museum of Art in New York, where he and Lisa conducted research on how people used the museum, along with economic impact studies and evaluations of educational programs.

“We were at The Met for 18 years. It was there that Lisa and I started our work on the psychology of aesthetics, which we have continued ever since.”

While at the Met, the Smiths also advised more than 30 of America’s top museums about how to improve visitors’ educational experiences. 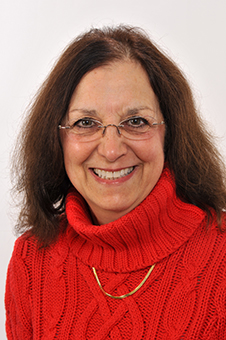 Jeff is the former Editor of the journal, Educational Measurement: Issues and Practice, and Jeff and Lisa were founding co-editors of the journal, Psychology of Aesthetics, Creativity, and the Arts. They have published widely in the areas of educational assessment, the psychology of aesthetics, and learning in cultural institutions.

Shortly after coming to Otago, they founded the Aesthetics and Astronomy group (A&A), which includes scientists at the NASA-affiliated Harvard-Smithsonian Centre for Astrophysics and NASA Ames Research Center. A&A conducts research on the interplay among education, aesthetics, and astronomy.

Jeff says while being Dean is a “24/7 activity”, he has been greatly encouraged by the support he has received from staff.

“They show a great willingness to participate and take on responsibility. As Dean, my main goals are to see us through the renewal of our ITE (initial teaching) programmes, enhance the research profile of the College, and promote the College as a centre for scholarship on educational issues.”

“On a personal level, I hope to keep up my research and writing. I have a book coming out this year, Scoundrels, Cads, and Other Great Artists with Rowman & Littlefield. It focusses on the ‘bad boys’ in the history of art and why they are fascinating.” 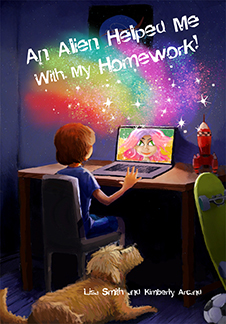 Prior to joining the University of Otago, Lisa taught for 15 years at the tertiary level in New Jersey. She was University of Otago College of Education Dean from 2012 until April 2017, and most recently served as inaugural Head of the School of Social Sciences. She has received teaching awards both in the States and in New Zealand, and two international career awards for her research.

“I’ve greatly enjoyed my years at the University. It was an outstanding experience helping to launch the School of Social Sciences as its inaugural Head of School, but I am ready to spend more time with my family and especially my granddaughters...and our alpacas!”

Like Jeff, Lisa also has a book coming out, co-authored with her PhD student and NASA Chandra X-ray Telescope Visualization Lead, Kim Arcand. The book combines Lisa’s work with the A&A group and her passion for education. Written for middle-grade children (aged between eight and 12), An Alien Helped Me with My Homework! was published by Stillwater River Press.

“Alien is a science fiction/fact story, where Earth boy meets alien girl and team up in an intergalactic learning adventure.”

As for the future? Jeff replies, “Change has been the one constant for us since coming to New Zealand, so we’ll just have to wait and see!”