On March 8, the Oxford Professor’s award-winning ‘The Speed of Modern Life’ lightshow illuminated Otago’s 10-storey Richardson Building. The projection – which showcases work from her European Research Council-funded project, ‘Diseases of Modern Life’ – shows how the Victorians grappled with a world in transition, and the pressures they faced.

The lightshow, which combined period-graphics with authentic Victorian sound effects and commentary, was a collaboration with projection artists, Ross Ashton and Karen Monid. The Projection Studio has created work which has been shown on some of the most famous buildings in the world, including the English Houses of Parliament and Buckingham Palace. 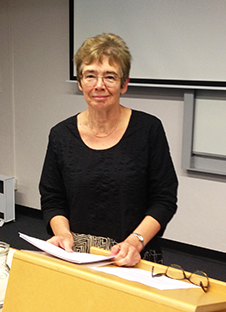 Earlier in the day, Shuttleworth delivered a free public lecture discussing the collaboration with the projectionists at Toitū Settlers’ Museum.

On Thursday, 12 March, at the Dunedin campus Professor Shuttleworth delivered her last public lecture Legitimate Idleness: Victorian Travel for Health, which explored the medical and cultural implications of increased numbers of people travelling to European resorts like Davos and Mentone for their health.

“With more than a thousand visitors, the event shows the centrality of the Humanities to so many areas of our lives, including through the highly topical study of contagious disease. Given Dunedin’s strong Victorian roots, the projection speaks to the city’s nineteenth-century heritage, and it’s also quite literally a spectacular example of how academic work can be communicated clearly to broad audiences,” Dr Moore says. 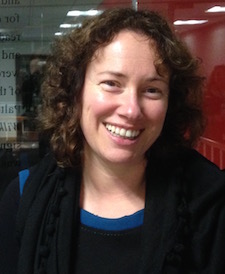 “The events, which were all very well received, also made an enduring and important statement about the value of looking to the past to gain insights into humans’ experiences of everyday life.”

Professor Shuttleworth is renowned for her interdisciplinary work which brings together literary studies, psychology, medicine, the Environmental Humanities and the History of Science.

She held academic posts at the Universities of Princeton, Leeds and Sheffield, and fellowships at Harvard and Cornell before moving to Oxford in 2005 to take up the role of Head of Humanities within the university, a position she held until 2011. Professor Shuttleworth will retire later this year.

Throughout her career, Sally Shutteworth’s work has been focused on the intersection of literature, science and culture. She was elected a Fellow of the British Academy in 2015.