Sociology, Gender Studies and Criminology Associate Professor Annabel Cooper’s book Filming the Colonial Past: The New Zealand Wars on Screen has been shortlisted for the 2020 Ernest Scott Prize.

The book explores various filmmakers’ fascination with the New Zealand Wars over the past 90 years, from the era of silent screen to smartphone, and from Pākehā adventurers to young Māori songwriters. 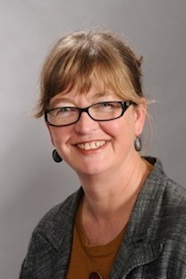 Cooper is one of four authors to be shortlisted and her book, published by the Otago University Press, is the only title from New Zealand to be selected.

The Ernest Scott Prize for History is awarded annually to the book judged to be the most distinguished contribution to the history of Australia or New Zealand or to the history of colonisation published in the previous two years.

Cooper describes the nomination as a “bolt from the blue”.

“I’m thrilled to find myself on the list for such a prestigious award, and to be listed alongside a brilliant selection of competitors. It brings the outside world into my lockdown space in the nicest of ways. I’d also like to acknowledge the Otago University Prestigious Writing Grant, which supported the writing of the book and gave me great encouragement, and some valuable writing time towards the end of the project.” 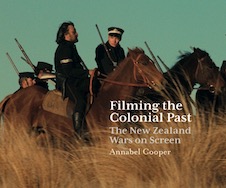 “Filming the Colonial Past is a special book and to quote one reviewer: “Her research is thorough and her prose limpid – the book is a reader’s delight.”’

I’ve always been interested in the way in which stories, including histories, shift over time, as they are told and retold by different people, in different media and for new times. It’s often said that stories of historical events that are contentious or unresolved, like the New Zealand Wars, are suppressed. I began initially thinking that I would be researching ‘untold’ stories, but that wasn’t what I found at all.

The book charts nearly a century of making film, television and newer forms of media about the New Zealand Wars. Since the very early days of feature film in this country, starting with pioneer filmmaker Rudall Hayward, people have seen the periods of colonial warfare as compelling stories that might be good box office but are also important 'stories about us' that need to be told. Filmmakers have kept on coming back to them, rethinking what they mean, and sparking off new historical and iwi information to see them in new ways. I think it’s interesting that the films on this subject divide, more or less, into two categories; they tend to be either the films that directors look back on with the most pride and regard as their best work (like Geoff Murphy’s Utu, or the TV series The Governor), or less happily, as the films that have been most fraught and difficult to make (like River Queen, or the series Greenstone). Filmmakers working on these subjects were dealing with controversial subjects, and historical film is very expensive to make, so there was a lot at stake.

Why do the New Zealand Wars continue to fascinate? How has the narrative about them changed over time?

One theme which came through persistently was the changing nature of the collaborations between iwi and filmmakers. Because the book covered almost the whole period of filmmaking in this country, it ended up not just charting the films themselves but also the agreements, disagreements and negotiations that took place when people worked together on stories which they might have differing views on. Over the decades, filmmakers’ responsibilities to iwi changed enormously and were eventually formalised, but this doesn’t mean that iwi had no power over the stories at the beginning - in fact, some of the most surprising accounts of Māori involvement and influence relate to the earlier films. After all, filmmakers were very dependent on Māori actors and on mana whenua in places where they were filming. They couldn’t make films without them, and so they had to listen.

I enjoyed researching for this book because . . .

The book took a long time to research and a long time to think through and write. It was a huge privilege to be able to interview filmmakers and tangata whenua. I got to ask some incredibly interesting people about work and experiences which were really important to them, and they had wonderful and often very moving stories to tell. And often the emotional dimension of their memories was quite unexpected – funny when I thought it would be serious, moving when I thought it would be fraught. I learned such a lot from talking with giants of the film industry like Geoff Murphy, Leon Narbey, Gaylene Preston, Alun Bollinger, Vincent Ward among others – so I learned constantly.

I hope reading the book stretches people’s ideas about how films are made and what it costs to make them, and also how cross-cultural negotiations happen in unexpected ways – they don’t often fit a stereotyped formula. People are very surprising.

You should read this book if you think it’s easy to make films. Or if you think the past is dead and gone. (Neither of those things is true.)