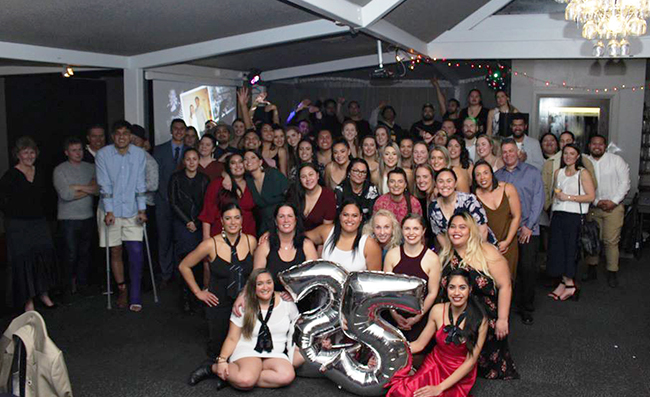 Providing a “whānau away from home”, and a supportive environment for players from several codes has netted the South Pacific Rugby League and Sports Club a University of Otago Innovation in Sport Award. 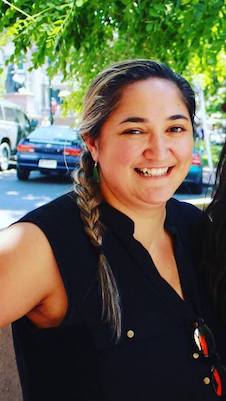 “To be recognised for something that is inherent to how we run made me feel a bit awkward at first, but the more I’ve reflected on it, the more I’ve realised that it is a testament to our members and committees – it really is humbling to be acknowledged in this way,” she says.

South Pacific differs from many sporting groups because it has no physical assets or clubrooms. Aside from keeping overheads and costs for members low, this devolved structure appeals to players from various codes; South Pacific is home to rugby league players, basketballers, netballers, softballers, volleyballers and touch rugby players.

“I’ve always known we are unique in terms of our demographic makeup, and being in Dunedin we’re the only club of our kind that has multiple sports, and none of them are rugby union. We also have a high number of Māori and Pacific Island members as well. Compared to the rest of the country, multi-sport clubs don’t have high numbers of students like we do.”

“This demographic has impacted how we need to operate, and I guess to some that’s innovative – our goal has just been to provide opportunities for our members and communities to play sport with their friends.”

Dr Leoni has been involved with the club since its inception in 1994 and had been doing administrative jobs for South Pacific before taking over from her father as chairperson in 2009.

“I was 21 and completing my BA(Hons) in Māori Studies at Te Tumu, so it’s always been a massive part of my family and is something that I want to pass on to my own son. I have lots of aunties and uncles, brothers, sisters and cousins that I inherited because of the club.

“The ‘PacFam’ really is my family and it’s been a way of finding like-minded people. But as we continue to grow, it has become more important to provide opportunities for our members and communities in sport and everyday life, and that’s really special to me.”

Running a general sports club helps reintegrate people back into a sport “they love but that they may not have played since school.” 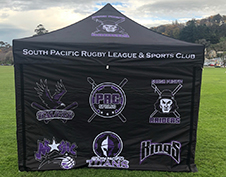 “The result is our members often find a whānau away from home and a sense of identity, both of which impact a person’s overall wellness – it’s something that we have tried to work on as best we can over the past few years. Many of our members are University and Polytech students who are distanced from their whānau and the club provides them with another whānau and the support they need.

“Although there is an opportunity to stay physically active, the social aspect of the club is equally important. When I’ve been asked to talk about the club I’ve realised it’s impacted my comfort levels and my identity. I’ve always had role models from different walks of life, and that’s because of the club. It’s something I hope continues.”

South Pacific started with a rugby league team in 1994, before adding a netball team in the early 2000s (which only ran for two seasons). Basketball started mid-2000s with two women’s teams, and from the mid-2010s this grew exponentially. In 2016 the club re-started netball and expectations of fielding one team were soon surpassed; three teams wore the colours that year, and there are now six teams. A softball team was also added in 2016, and the club has two junior and two senior teams. In 2019 a volleyball team and touch rugby were added. Future plans include starting men’s netball teams.

Dr Leoni says one of the hardest aspects of growing the club has been building its infrastructure and capacity, and she credits the time and effort of volunteers, coaches and committee members as key to its success.

“There are many University staff, students and alumni that are a part of the club, from different divisions, schools and service areas, so it is fitting that the University sponsors this award.”