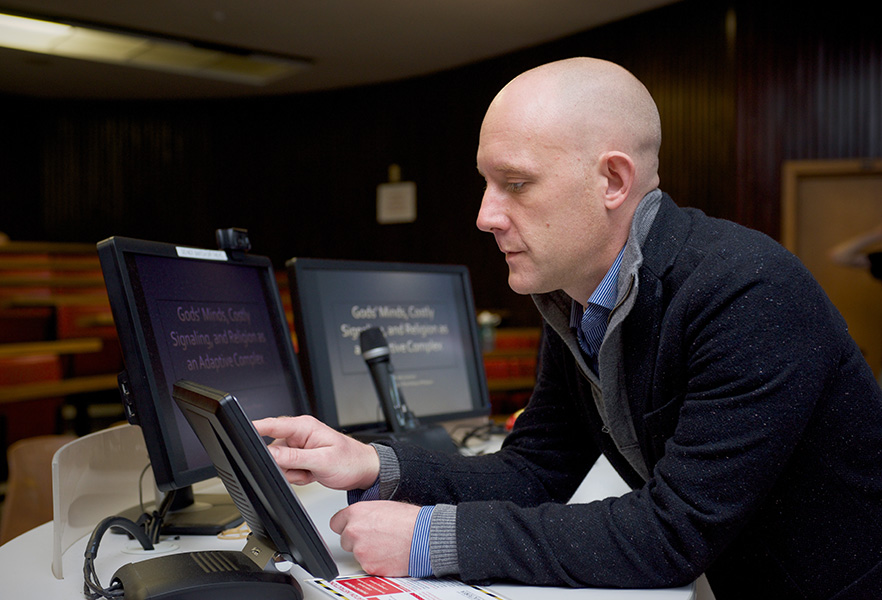 “Be fruitful and multiply" says the Bible, and worldwide religious people tend to have more children than their secular counterparts. New research suggests that this “multiplying” may be the result of the higher levels of support from non-family members that church-going women receive, and that these greater levels of support are also associated with positive developmental outcomes for children.

The report Church attendance and alloparenting: An analysis of fertility, social support, and child development among English mothers, published this month in Philosophical Transactions of the Royal Society B, the world’s oldest English language journal, explored how church attendance is associated with social support and fertility, and how help from outside the family influences child development.

“That religious people tend to have more children is relatively well known across the social sciences, but from an evolutionary perspective, religious communities’ high fertility is puzzling.”

Shaver says that previous studies have found that sibling number is negatively related to a child's cognitive and physiological development, as well as their socioeconomic success in adulthood –because parents have less time, and fewer resources to invest in their development.

Using 10 years data on between 1,766 and 6,561 children – from the Bristol-based Avon Longitudinal Study of Parents and Children (ALSPAC) Children of the 90s health study – the report’s authors tested the hypothesis that religious cooperation extends to alloparenting (investment in children by people other than the child’s parents), that higher levels of social support for religious mothers was associated with their fertility, and their children’s development.

The study found that mothers who received help from members of their congregation had higher fertility over time.

The research also confirmed that children with more siblings scored lower on three cognitive tests: when they entered school (aged 4-5), one year later (aged 5-6), and when they were eight.

“Our study reveals known biases in these and similar cognitive tests – such as that the children of wealthier and better educated mothers scored higher on these tests. We found, though, that a mother’s social support and aid from co-religionists were both associated with higher child test scores, particularly at later stages of development. This suggests that women’s social networks positively affect her child’s cognitive development, and our analyses also suggest that religious women have stronger support networks,” Dr Shaver says.

Dr Shaver says while the findings only supported some hypotheses, they were mostly consistent with the idea that religions in modern environments support cooperative breeding strategies: women who receive help from members of their congregation have higher fertility, and this aid, as well as more general forms of social support, were both associated with improved child cognitive development.

“By positively influencing social support, religion in the UK may help some women have more children, without sacrificing the success of these children.”

Researching the evolutionary dynamics surrounding religion’s influence on family size and child success is not just of interest to the scholarly community.

“Due to its relevance for economic and social development, health, and demographic projections, we expect our project will be of significant interest to governments, NGOs, and public policy officials,” he says.

"Church attendance and alloparenting: an analysis of fertility, social support and child development among English mothers", in Philosophical Transactions of the Royal Society B