School of Geography Head Professor Etienne Nel was recently nominated as the recipient of the 2020 Distinguished New Zealand Geographer Award and Medal for his sustained contribution to geography and development.

Professor Nel, who became School of Geography Head in early 2020, says he was both “humbled and delighted” to receive the award. 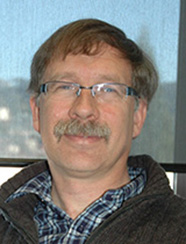 The NZGS says Nel’s prolific research and writing – he has 11 authored and edited books, over 50 book chapters and some 130 articles in refereed international journals – has focused on policy, strategy and theory related to the uplifting of disadvantaged communities.

He has advised numerous government departments and organisations, such as the World Bank, the Development Bank of Southern Africa, most notably on LED policy and poverty alleviation strategies in South Africa, and says he is pleased his work continues to inform discussions for both developing, and developed regions.

“I particularly value the research which I undertake as it provides insights into the strength and resilience of communities across Australasia, but also in parts of Africa as they come to terms with and respond to economic and social changes,” he says.

The early part of his career was largely based at Rhodes University, Grahamstown, South Africa, but since January 2008 he has been in Otago’s School of Geography.

He has supervised 18 PhD students and 35 Master’s students, many of whom undertook their master’s degrees by research.

The NZGS award citation says during his six-year tenure as Managing Editor of the NZGS flagship journal New Zealand Geographer he strengthened the position of the journal, both domestically and internationally, and coordinated a very effective Management Team and Editorial Board.

“In terms of contributions to the discipline, I am very pleased that in my time as editor [from 2012 to 2018] the journals' citation scores improved and that we were able to publish several key special issues on innovative research in New Zealand and further afield. In terms of my own research, I co-edited a special double issue of the journal last year which collated my work and that or others in the area of local and regional development in the country.”