Alexander the Great is Dead! Meet Demetrius the Besieger 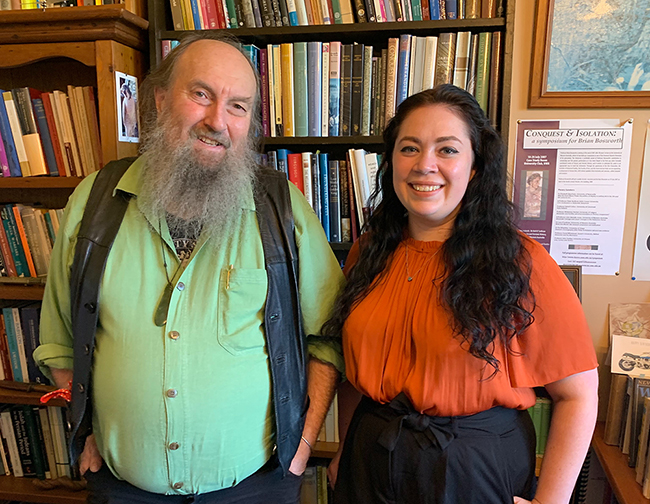 Classics programme Associate Professor Pat Wheatley has been fascinated by the ancient world since childhood. At the age of 24, as a young hippy, he travelled overland across India, Afghanistan, Iran, and Turkey, following the footsteps of Alexander the Great.

His new book, released by Oxford University Press in April, reconstructs the life of one of Alexander the Great’s most intriguing and enigmatic successors, Demetrius “The Besieger of Cities”.

Wheatley, who studied Ancient History and English Literature as an undergraduate student, says his research on the chaotic period after Alexander’s death in 323 BC has been a consuming passion for him over the last 26 years. 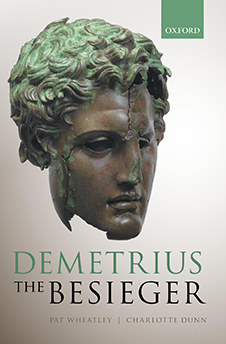 “I first ‘met’ Demetrius during a gruelling Honours year with the world’s foremost authority on Alexander the Great, Professor Brian Bosworth. Demetrius’ ambition, vision, and wild adventures inspired me to learn more about the life of this quixotic individual”.

Alexander the Great has received so much scrutiny that scholarship in the field has become known as “The Alexander Industry”. When I realised that nothing had been written on Demetrius since 1951 (and nothing in English, ever!) I saw a unique opportunity and a challenge I couldn’t resist.

But this ancient period is notoriously labyrinthine and impenetrable, and as I investigated and published in the field further, the magnitude of the project dawned on me. So in 2012 I suggested to my talented new PhD student Charlotte Dunn that we work together to produce the definitive historiographic and historical biography on Demetrius, and fill this yawning gap in the scholarship.

Fast forward to 2020, and Dr Dunn has secured a Classics lectureship of her own at the University of Tasmania in Australia, which was clinched by her work on this project.

The book is about the most remarkable and perplexing Successor to Alexander the Great. In the tumult and chaos after Alexander’s premature death, Demetrius the Besieger’s career became a paradigm of genius, extravagance, and pretension.

It is also, of course, about Demetrius’ favourite pastime: besieging ancient cities that defied him. Demetrius laid siege to 47 known cities, taking at least 42, and in the process built gigantic siege towers, machinery, and battering rams. And while this may seem all very remote and ‘Ancient Historical’, it resonates profoundly with modern times. In the last 30 years many great sieges have been mounted in war zones, such as Srebrenica and Sarajevo in the Bosnian war, and recently Fallujah, Mosul, and Al-Baghuz Fawqani in the Middle East.

Demetrius’ life is a lodestone for complex and infuriating problems in the historiography, chronography, and geography of the period. The daunting nature of these challenges probably explain why no scholars have attempted a reconstruction of his life—until now.

Was Alexander’s star so bright that Demetrius was forgotten, and what does studying the forgotten successor tell us about the period?

The problem is essentially that Alexander attracted all the attention of the contemporary historians and consequently once he died the focus of the chroniclers was removed. The following 40 years fell into chaos, darkness, and obscurity.
Demetrius’ life offers a rare glimpse into the vicious struggle for power amongst the lesser men who inherited Alexander’s empire. The period is very “Game of Thrones”, with epic battles, strategic marriage alliances, vile treachery, weird sexual encounters at drinking parties, and personal betrayals. But this is history, not fiction.

What were some of the challenges of drawing on such a large and disparate collection of evidence and using a range of research approaches, covering topics such as ancient coinage, military logistics, and chronology?

It was necessary to develop and refine specialist skills in the auxiliary disciplines of Ancient History, such as iconography (ancient artwork), numismatics (ancient coins), epigraphy (ancient inscriptions) and prosopography (the study of names), as well as having to deal with secondary scholarship in nine or ten languages. This is why the book also turned out to be 528 pages long.
Demetrius’ adventures were so wide-ranging that we also had to commission original maps of ancient territories, and pioneered a new, more accessible approach to designing ancient battle and siege plans.

The vicissitudes and quirkiness of life: Demetrius is known for his famous changes of fortune. Demetrius suffered from diabolical luck; often just as he was at the top of his game, a catastrophic event would derail him, and render him a fugitive. But he always came back, rebuilt his fortunes, and had another shot at greatness and glory. His life perfectly encapsulates Rudyard Kipling’s famous trope of how to deal with those imposters, Triumph and Disaster.