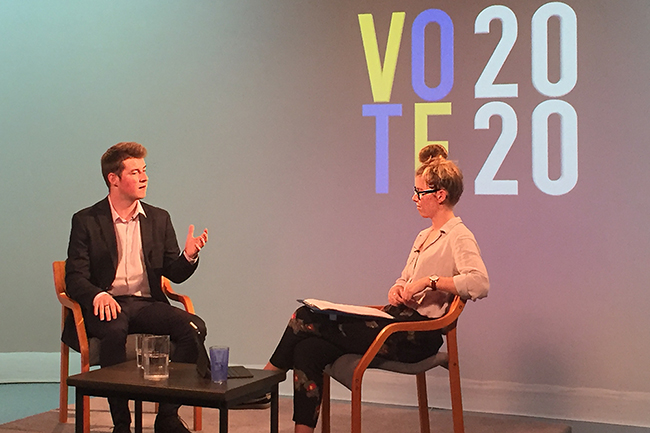 Can the next generation of politicians do things better than the last? To answer these questions, University of Otago Politics students will interview candidates all aged under 30 in the month leading up to September’s general election.

The series continues until the day before the 19 September general election, exploring a range of issues with politicians who are mostly running for central government for the first time, all under 30, and who are mainly current Otago Politics students or recent graduates.

Invited guests include a line-up of young politicians who are likely to have a significant influence in New Zealand politics in future; as well as confirmed speakers Swarbrick and van Velden, Jack Brazil (Green candidate, Dunedin) and William Wood (National candidate, Palmerston North) are possible interviewees.

“Vote 2020 is a pre-election video series made for students by students. By interviewing youth candidates, our students hope to engage with New Zealand’s student voice to support an informed youth vote.

“Because many of the candidates are recent or current students there is also a collegial interest in making the questions tough and putting the future MPs on the spot on major global issues like climate change, pandemics, and income and wealth disparity – the problems both students and the candidates will face in the coming future.”