Otago’s first female Vice-Chancellor to leave after a decade 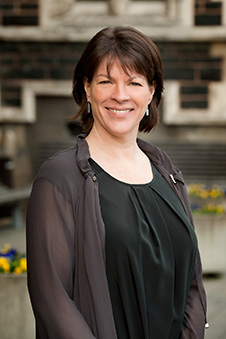 Professor Hayne will begin her new role later that month (April), by which time she will have completed almost a decade in the role at Otago. The University’s first female Vice-Chancellor, Professor Hayne began her role in 2011 and her original five-year contract was extended a further five years in 2016.

Professor Hayne has been an outstanding leader of the University of Otago over the past nine years and has ensured that it is well-positioned to confront the challenges of the 21st century, he says.

“During her time leading the University it has continued to excel in teaching, research, and community outreach and service. Professor Hayne has been totally committed to maintaining the University’s well-deserved reputation as a leading public university with a rich heritage.

“It was marvellous to celebrate the milestone of the 150th anniversary of the University, and its establishment as New Zealand’s first university, with Professor Hayne as Vice-Chancellor,” he says.

At this difficult time of the COVID-19 pandemic, Professor Hayne has exhibited great compassion for, and tireless dedication to, the well-being of all members of the University community.

“What started as an academic adventure here at Otago turned into a career that has been second to none. I will leave Dunedin with a heart full of great memories of the students, staff, and alumni who have been such a huge part of my life here.

“Over the course of my time as Vice-Chancellor, I have had the opportunity to meet so many people who received their start at Otago and who met friends they have kept for a lifetime. The living-and-learning environment that we have created here over the last 151 years continues to leave its mark on the students who are lucky enough to study here. The University has also left its mark on me.”

Professor Hayne says her most cherished memories will be of the students.

“Students always have been the life blood of the University of Otago and they are the main reason that I get up and come to work every morning.

“My life at Otago has been enriched by the students I have met here. I am particularly grateful to my own postgraduate students who have been a constant reminder of what a university is all about.”

Professor Hayne underscored that she will continue to oversee the University’s new strategy, Vision 2040, which is currently out for consultation.

“There is plenty of exciting work to do over the next six months. I am very much looking forward to working with staff, students and other stakeholders on our strategy, and a few other important projects, before I depart next April.”

Professor Hayne wishes the University of Otago Council the very best in its search for a new Vice-Chancellor.

“This is a wonderful job. I am sure that they will find someone wonderful to lead the next chapter in Otago’s distinguished history.

“Saying goodbye to Otago will be very hard for me, but at the same time, I am looking forward to a new adventure at Curtin University. Once the borders open again for travel, I look forward to welcoming my Otago friends and colleagues to Australia.”

Professor Hayne will continue with her current Marsden project which runs until March 2022. She will maintain a small academic appointment at Otago during the period to complete the research.