City planners need to embrace self-determination by Indigenous property developers and regard them as treaty partners with the authority to plan for themselves, an Otago researcher says. 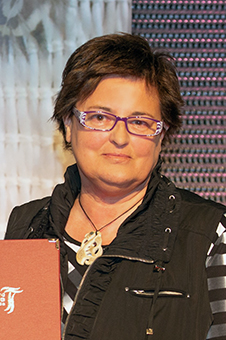 A joint research paper by Professor Thompson-Fawcett and Dr Janice Barry from the University of Waterloo, Ontario, examines Indigenous property development in New Zealand and Canada.

Indigenous aspirations to use lands for economic development and cultural expression in the built environment are impacted by municipal or city planning, including its expectations around land-use zoning, taxation or rates and regional growth management, she says.

“Indigenous communities’ desire to use urban property development as a tangible form of economic redress is not simply about capitalist accumulation; it is an expression of a wider political claim to sovereignty and self-determination.

“Understanding the implications of this for post-treaty settlement governance arrangements and planning systems is a pressing need,” she says.

The authors contend Indigenous peoples’ experiences of urban property development raise new questions about who has the authority, legitimacy, and knowledge to plan in the ‘public interest’.

“In contexts where Indigenous organisations adopt a variety of roles in order to pursue political and economic self-determination in urban areas, there is a blurring of boundaries between who is the ‘planner’ and who is the recipient of ‘planning’ activity, and what are ‘public’ versus ‘private’ interests,” Professor Thompson-Fawcett says.

“Hence, there is an urgent need for ongoing conversations about the decolonisation of planning and the search for an appropriate planning relationship with Indigenous peoples.”

The research examines two sites of Indigenous property development as case studies: activity by Ngāi Tahu in the greater Christchurch area, and endeavours by Treaty 1 First Nations in metropolitan Winnipeg, in Manitoba, Canada.

In the case of Ngāi Tahu, its tribal council Te Rūnanga o Ngāi Tahu (TRoNT) has a tribal governance role and a mandate to manage its considerable asset base, a significant portion of which is the product of their treaty settlement with the Crown.

Its role, in representing approximately 68,600 community members, in many respects parallels local and regional government and guides all activities including property development.

However the research found that in Ngāi Tahu’s development activities, including one of its most ambitious projects, the redevelopment of the Wigram Aerodrome (‘Wigram Skies’) in southwestern Christchurch into a master-planned residential hub, it was treated as a conventional property developer by Christchurch City Council, rather than an agency that is an embodiment of a treaty partner.

The success of Wigram Skies was predicated on a substantial city plan change, as the zoning for the existing air-force base was inappropriate for the denser hub envisaged by Ngāi Tahu.

A council planner recalled the iwi’s property company was in many respects treated ‘just like any other developer’, submitting the same forms, seeking the same consent, and occasionally encountering inevitable public opposition.

“Of course, Ngāi Tahu is a treaty partner, not merely a stakeholder or developer,” says Professor Thompson-Fawcett.

“However under (flawed) legislation, local government is not defined as a treaty partner, it is simply required to involve Māori in decision-making, consult with Māori, and take account of Māori culture and traditions, which falls short of the idea of governance partnerships.”

Unlike conventional property developers, Indigenous organisations have deep ancestral connections to their area and explicit responsibility to ensure that development contributes to the economic and cultural well-being of the entire Indigenous community – and in keeping with customary governance principles, Professor Thompson-Fawcett says.

“Municipal agencies have been positioned as the rightful ‘planners’, while Indigenous lands – and, by extension, Indigenous governments – have been conceived as the object of planning attention.”

The post-treaty settlement context necessitates local planning authorities working more conscientiously with Indigenous communities to decolonise their practices and establish a just planning relationship with them, she says.

Decolonizing the Boundaries between the ‘Planner’ and the ‘Planned’: Implications of Indigenous Property Development
Janice Barry and Michelle Thompson-Fawcett
Planning Theory and Practice