Behind the scenes: graduand explores families on set 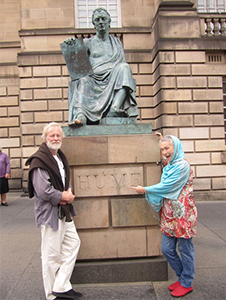 Graduand Helen Bollinger’s behind the scenes view of intergenerational film families in New Zealand cinema provided the inspiration for her Gender Studies master’s.

For her thesis, Film Families and Friends: Creative Networks in a Precarious Industry, Helen drew on five decades of personal and familial industry involvement to examine continuities and changes in New Zealand filmmaking between 1970 and 2020.

“During this period, the film industry here has evolved from an informal, cottage industry to a professional global industry. I looked at three of its distinctive characteristics: the pros and cons of project-based work; the networks of freelancers that link and sustain them; and the enculturation of second and third generations into film work.”

Helen's introduction to film came via a chance meeting with husband Alun Bollinger MNZM, in the early 1970s. Alun started out as a trainee cine-camera operator for television with the New Zealand Broadcasting Corporation in 1966 and has since gone on to work as cinematographer on numerous projects, including Goodbye Pork Pie, Vigil and Peter Jackson's Heavenly Creatures and Lord of the Rings trilogy. He was an NZ Arts Foundation laureate in 2006.

"I married a cameraman on New Year's Eve 1970. There was a documentary gig coming up in Samoa and the producer saw an opportunity to do things on the cheap and said to me, 'Here’s a Nagra tape recorder, you can be the sound recordist. Press this button to go and this one to stop.' Since then I’ve done research, scriptwriting, costume, documentary directing and general dogsbodying," she says.

The Bollingers’ deep involvement in New Zealand cinema rubbed off on their children, who have all worked in film at various times. 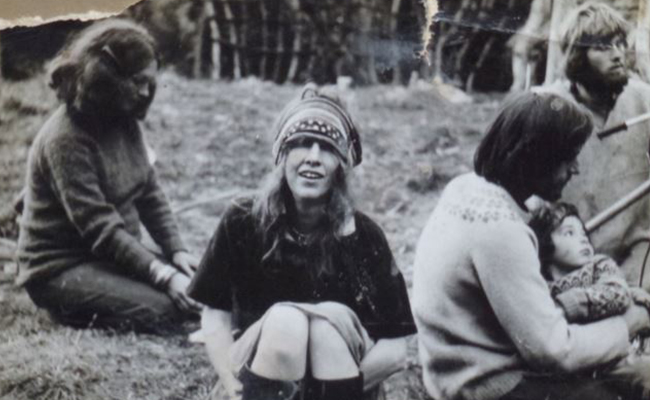 "Now, many of the grandchildren do as well. I went to see Baby Done at the local cinema the other day and there were four Bollingers in the credits for lighting and camera. The partisan audience clapped the credits!"

"However, while there have been changes in technology, budgets, global markets, ethnic and gender inclusiveness, and gender politics – one thing remains unchanged. And that is the basic human inspiration, communication and co-operation at the heart of making movies."

Many friends and extended family are freelancers in the industry, and Helen describes them as a "fine bunch of eccentric, hardworking and clever people who (mostly) love what they do – telling Kiwi stories on film”.

This passion for the work is borne of the need to offset long hours, travel and constant change.

“Freelance film work is a lifestyle choice. Our kids seem to think its normal.”

Over the course of her 50-year career giant technological leaps, such as the shift from analogue to digital, have happened in parallel with a culture-change that’s seen the industry became more professional and inclusive.

She says while Pakeha males used to be THE dominant force now the once marginalised groups, including women, Māori, Pasifika and LGBTTIQA+ have greater access to creative control and the means of production.

"Accordingly, our movies are more diverse. Māori filmmaking, for example is a powerhouse and the world of indigenous filmmaking looks to Aotearoa.

"However, while there have been changes in technology, budgets, global markets, ethnic and gender inclusiveness, and gender politics – one thing remains unchanged. And that is the basic human inspiration, communication and co-operation at the heart of making movies."

While intergenerational involvement in film may have seemed an obvious research topic, Helen initially wanted to explore a subject that was literally close to home.

The West Coast local, who lives at Blacks Point near Reefton, originally wanted to investigate the role of women in mining. This changed after the nearby Globe-Progress Mine closed, effectively removing access to a cohort of interviewees. The Pike River mine tragedy also affected possible research opportunities.

"I settled on Film Families when I realised there are many freelancers in this country who work at making movies alongside their children, grandchildren and extended families – I wanted to find out why this was so in such an insecure industry.”

A chance meeting with the Gender Studies Associate Professor Annabel Cooper, who later supervised her thesis, led to master’s study.

“I chose to do a masters because I wanted to do some original research, explore some interesting theories and develop a writing style – it's enabled me to do all these things. In future I’d like to write a book that makes people laugh and cry and think.

"Of course, filmmaking would be a big part of it. I think it could be called As Luck Would Have It.”