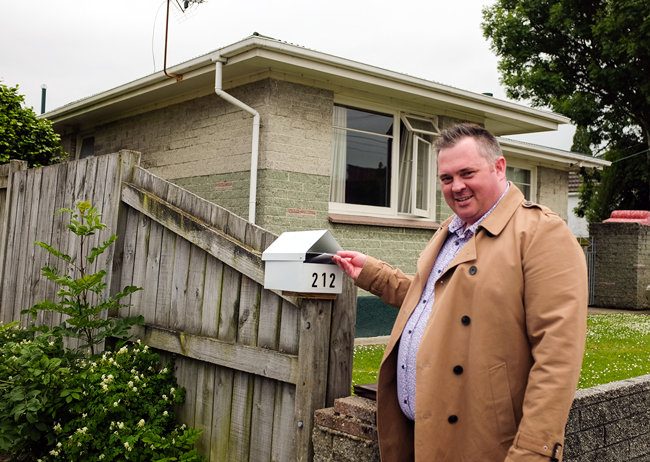 Have attitudes to politics changed or stayed stable over the past 60 years? That’s the question a new survey from the University of Otago’s Politics programme is set to answer – but first, researchers need the public's help.

Politics lecturer Dr Chris Rudd says the first stage for the 2020 General Election Survey requires 600 people – 300 from the Taieri electorate and 300 from the Dunedin electorate – to answer a 44-question survey.

The survey, which takes about 10 minutes to complete, recreates aspects of a similar questionnaire circulated in the 1960s in Dunedin by academic and broadcaster Austin Mitchell.

The aim of the current survey is to learn more about people’s opinions on various political topics in the aftermath of the 2020 election, and to compare these opinions with those from the 1960s.

Questions in the survey include: How much do New Zealand party leaders put winning votes in the election ahead of adopting policies which are best for the country? When politicians speak in the media or in Parliament, how much in your opinion do they tell the truth/tell it as it is? How much attention do governments pay to what people think when they decide what to do?

The original survey provided a unique and detailed “snapshot of political life” in the 1960s, which researchers felt they had to make use of, Rudd says.

“The themes of the questions are broad enough to allow us to look at what in particular has changed, or stayed the same, about attitudes to politics, and how engaged people feel in political processes now.”

Some of the questions in the 1960 survey needed to be “tweaked” to be more relevant for middle aged and young people.

“Today, the options given to respondents as their main sources of information on the election are going to be more varied than just ‘radio, newspapers or pamphlets’! And one expects that some of the answers Mitchell found for non-voting in 1960, won’t be found in the present study, such as the woman who forgot to vote as she was ‘making curtains’ or another woman who didn’t vote because ‘I’m only a woman and I don’t know a thing about politics’.”

Although the responses are anonymous, the researchers would be interested in results from respondents who were first-time voters in the 1960s.

Austin Mitchell taught history at Otago while hosting current affairs shows in the 1960s. His book The Half-Gallon Quarter-Acre Pavlova Paradise on life in New Zealand was published in 1972 and has been reprinted many times. He began a 46-year political career in 1977, as Labour MP in the English seat of Grimsby, retiring in 2015.