Okay, Boomer book gets into swing of 60s 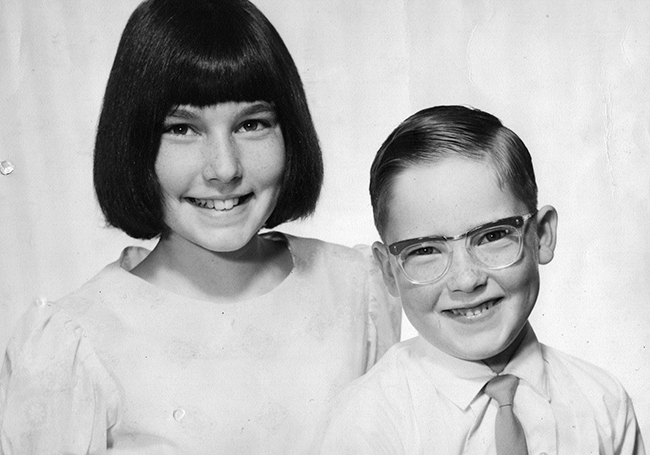 Dr Chapman in 1965, aged five, and his sister Shirley

Dr Chapman, a Music lecturer at the University of Otago who has published extensively on David Bowie, other music icons, and recently the Dunedin Sound, undertook the project to learn more about the tumultuous decade.

“Rock’n’Roll revolutionised youth culture, while television brought the world to us in a way we’d never experienced before. I realised that, just like me, the 1960s were turning 60 years old this year - it seemed highly appropriate to celebrate. It’s a highly eclectic and at times irreverent book; emotionally engaged, colourful and opinionated.” 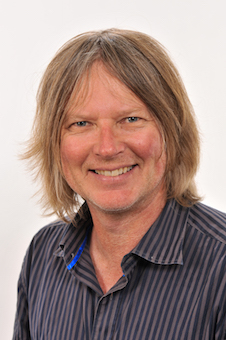 Dr Chapman wanted to relate the 60s experience through multiple eyes and viewpoints, across all walks of life, and so included contributions from both famous and non-famous guest writers and interviewees, including Dinah Lee, Max Merritt, and Keith Quinn, along with several Otago academic staff and other Dunedin identities.

He encourages readers who are interested in the “swinging sixties” and enjoy history books that don’t follow the traditional 'this-happened-on-this-day-and-that-happened-on-that-day’ format to take a look.

But it’s more than an entertaining, nostalgic trip down memory lane, and touches on why the influence of the 60s endures. While we still took many cultural cues from the UK and the US, Chapman says “it was the decade in which ‘Kiwi culture’ became more defined”.

“Our sense of national identity began to blossom and there was a sense we were no longer simply an outpost of “mother” England, or ‘Home’ as many older New Zealanders referred to it. From an arts perspective, at least, cultural cringe – the belief that all art, music, literature or in fact anything produced here was automatically inferior – was still damagingly strong, but it was beginning to be challenged, thankfully.”

The book’s extensive visual material was sourced via public appeals on both social and traditional media, word of mouth, and from libraries, and Dr Chapman says the Hocken Collections, Turnbull and public libraries in Lower Hutt, Puke Ariki were goldmines.

Okay, Boomer is available at Paper Plus and UBS.