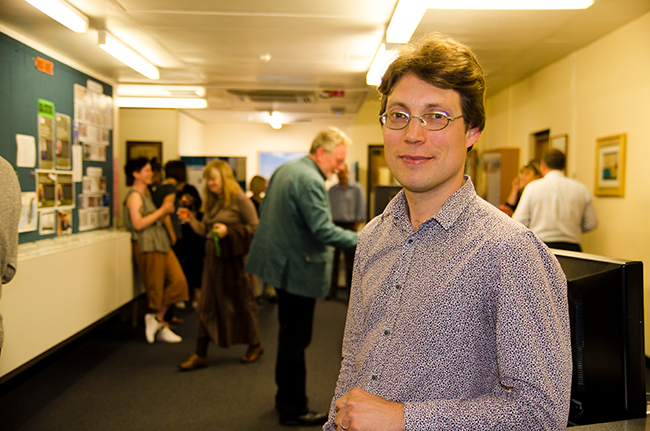 In addition to an academic promotion, a highlight of 2020 for English and Linguistics Professor Jacob Edmond was having a publication shortlisted for a major international prize in literary studies.

Professor Edmond says he was both delighted “and stunned” that his 2019 book Make It the Same was shortlisted for the Modernist Studies Association (MSA) award.

“The MSA comprises scholars from around the world who work on literature, art and film from the late nineteenth century to today – it is a significant recognition for Make It the Same and will help draw additional attention to the work.” 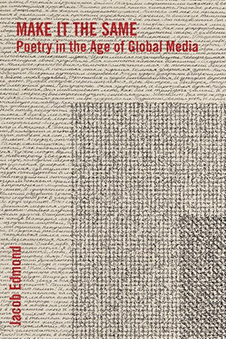 The MSA’s annual conference was to be held in Brooklyn, New York, earlier this year, but was cancelled due to COVID-19 travel restrictions. Instead, the MSA organized free online events and finalists discussed books and answer questions.

Professor Edmond says the ideas behind Make It the Same came from his enduring fascination with repetition and copying.

“So much poetry—and song—involves repetition, whether it is in rhymes, refrains, choruses or in borrowings from other songs or poems. I’ve also been fascinated by media technologies. I’m of the generation who encountered the power of digital copying as a child and teenager: the shift from mixtapes to file sharing; from having to handwrite essays to being able to rearrange chunks of text at will.

These things are so normal now that we hardly notice them. But I’m of the generation who grew up in the moment of transition to this new digital normal. Perhaps it’s why I’m particularly attuned to it.”

This interest in repetitions of poetry and song and in media technologies fed into the book, which he says is both an attempt to come to terms with how media technologies have changed culture, and what that culture (and phenomena such as poetry) can teach us about the world of copies we live in.

Professor Edmond is now working on a book that builds on his interest in poetry and media and discusses how poetry and culture at large have changed in response to the rise of mass media from the newspaper to social media and what poetry written in response to the news can “teach us about how news media shape our understanding of the world at large.”