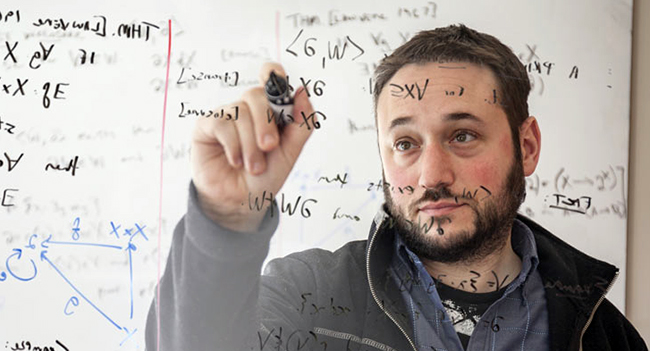 Philosophy Associate Professor Zach Weber has won the Friedrich Wilhelm Bessel Award, although he might have to wait before taking up the 12 month research stay in Germany that comes with it.

The €45,000 award is presented annually by the Alexander von Humboldt Foundation to “internationally renowned academics in recognition of their outstanding accomplishments in research”. Its aim is to promote research visits between German academics and international collaborators.

Zach says conducting research in Germany (when Covid restrictions allow) will enable him to “work with, and learn from, some great researchers in Europe, and to bring back fresh ideas.”

“My project title is “Paraconsistent Metatheory” and the aim is to investigate, with the Logic in Bochum Group [at Ruhr University] the formal and philosophical properties of paraconsistent logics and substructural inconsistent mathematics, when studied using a paraconsistent metatheory as the underlying framework. That’s a pretty specialised task, so it’s wonderful that there are talented people who want to work with me on it.”

"Thanks to my colleagues here in Philosophy and to the University of Otago for support!”

The award is named for German astronomer and mathematician Friedrich Wilhelm Bessel (1784–1846) and funded by the Federal Ministry of Education and Research.