The law surrounding human embryo research in New Zealand is a “classic example of regulatory failure” and is in urgent need of reform, a University of Otago academic argues. 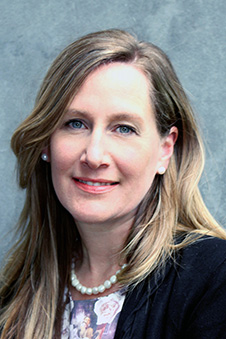 Dr Jeanne Snelling, of the Law Faculty and Bioethics Centre, outlines her concerns about New Zealand’s Human Assisted Reproductive Technology Act 2004 (HART Act) in a paper recently published in Medical Law International, and calls for embryo research to be reformed.

“Despite setting out to create a robust and flexible framework, the current legal regime established under the Act is a classic example of regulatory failure.

“Whether or not we agree with the idea of conducting human embryo research, I think we should all be concerned when our legal frameworks are failing to operate as they were intended to by Parliament,” she says.

This failure is primarily due to the perceived lack of authority and independence of the statutory advisory committee established under the Act – Advisory Committee on Assisted Reproductive Procedures and Human Reproductive Research (ACART) – as well as the broader regulatory environment in which it operates.

“Ministerial overreach, as well as a lack of transparency and accountability on the part of decision makers, undermine the legitimacy of the current embryo research policy. This regime not only unjustifiably prevents the conduct of valuable embryo research, but also hinders simple quality improvement practices undertaken in the course of ordinary IVF service provision,” she says.

For example, there is evidence some individuals or couples who have undergone IVF who have completed their families but have 'spare' embryos left would like to be able to have the option to choose to donate their spare embryos to research.

“Under the current law, if those spare embryos are 'viable' they cannot be donated to research and must be destroyed after 10 years. To require destruction, when other options are theoretically available such as potentially beneficial research, is difficult to justify.

“In a diverse, and largely secular, society, individual views will differ on what kind of research is permissible. However, at a minimum, fertility service providers should be able to conduct well-designed clinical research into fertility treatment. To prevent such research is to prevent the development of good quality services.”

New Zealand’s research policy has not been legally effective since 2007, despite ACART’s efforts to review it.

In 2006, ACART prioritised reviewing these guidelines and undertook public consultation on the moral status of the embryo and what kind of research, if any, should be permitted in New Zealand. It subsequently provided then Minister of Health, David Cunliffe, with recommendations regarding reform and advice about further work and consultation. However, Dr Snelling says Minister Cunliffe effectively vetoed the recommendations.

ACART has attempted to gain approval to review embryo research guidelines from successive governments and Ministers, but, so far, no action has been taken.

“It is arguable that ACART could, despite ministerial opposition, proceed with developing and consulting on new embryo research guidelines. However, ACART appears to have ceded control to the Minister,” Dr Snelling says.