"Which science . . . whose religion?" Philospher's new book on deprovincializing science and religion

In Deprovincializing Science and Religion – available free via Cambridge University Press until 10 March – Philosophy Professor Greg Dawes sets the study of science and religion in a global context by examining three varieties of science and examines their relation to three kinds of religion. 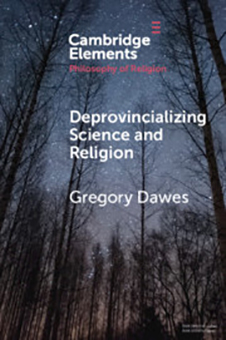 He examines their relation along four dimensions: beliefs, goals, organizations, and conceptions of knowledge. His book also outlines the emergence of a clear distinction between science and religion and an increase in the autonomy of scientific inquiry, developments that have contributed to tensions between the two fields.

“To ask about the relation of science and religion is a fool’s errand unless we clarify which science we are discussing, whose religion we are speaking about, and what aspects of each we are comparing.”

I undertook the project to offer a broader vision of the science and religion debate. Seen from a global perspective, the existing literature seems astonishingly provincial. It deals almost exclusively with modern science and the Christian religion. The aim of this 78-page Element is to widen the discussion. It does talk about modern science and Christianity. In doing so, it will address some familiar questions. It will ask, for instance, about apparent conflicts between science and religion, such as Galileo’s conflict with the church or the rejection by some believers of Charles Darwin’s theory of evolution. But it does not limit itself to modern science. Nor does it restrict itself to one kind of religion. It presents the relation between modern science and the Christian religion as merely one instance of the relation between two ways of understanding the natural world. The first makes reference to observable regularities in the way things work; the second makes reference to actions of superhuman agents: gods, spirits, and ancestors. We call the first "science" and the second "religion" and have a particular view of how they should interact. But people elsewhere have had quite different ways of thinking about their relation. 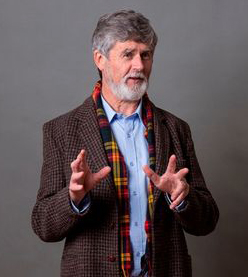 What are this consequences of this widening of the discussion of science and religion?

By setting the discussion of science and religion in a global context, the book makes it clear that the ways in which we customarily think of their relation are very recent, the product of a very particular history.

the diversity of ways in which human beings have conceptualized the natural world and its relation to the world of the gods.

you are interested in the existence of differing ways of knowing the natural world, a question of particular importance here in Aotearoa/New Zealand as we think about the relation of mātauranga Māori to Western science.