From cult classic to Dunedin stage 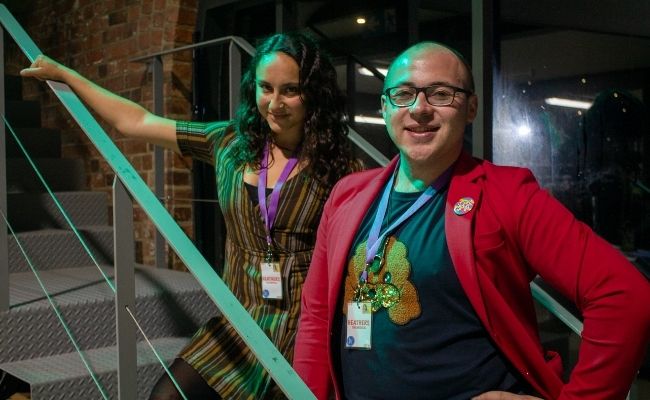 The final curtain call is just moments away for a group of performers bringing a popular Broadway show to the local stage.

This month, Heathers: The Musical, made its Dunedin debut in a less formal theatre style. With a line-up of talented young performers, many of whom are Otago students and alumni, the cast and creative team alike have been buzzing with enthusiasm about the creative process of producing this cult-classic.

Pop-Up Productions, which is staging the show, is a new company led by Otago Staff and Alumni which challenges the formalities of theatre-going.

Playwriting Fellow Amanda Faye Martin has enjoyed piecing together the production which opened on 15 April at New New New Brewery.

“It’s a non-traditional theatre space which has been fun to work with. It requires me to be creative and constantly problem solve. Due to the space, we can’t have bulky set-pieces, so we have been innovative with how we set the scene, often using cast members to create the set.”

Embracing the opportunity to create without the usual barriers, Amanda has also enjoyed the creativity the cast have brought to the table.

“The team have been awesome working with this non-traditional form musical theatre. I see the job of a director as someone who provides context rather than telling people where to stand. I don’t want to tell them where to go, I want them to figure out where to go in the scene and propose things. The young performers have adapted quickly to the change of space, been ready to take on new challenges and figure out new parameters.”

Amanda says this is the first of many new concepts for theatre in the community as well as opportunities for professionals.

“There are new places receiving funding and new companies branching out. I came here from The States four years ago to teach and have been surprised by the professional opportunities. It makes it more relevant to teach at University.” 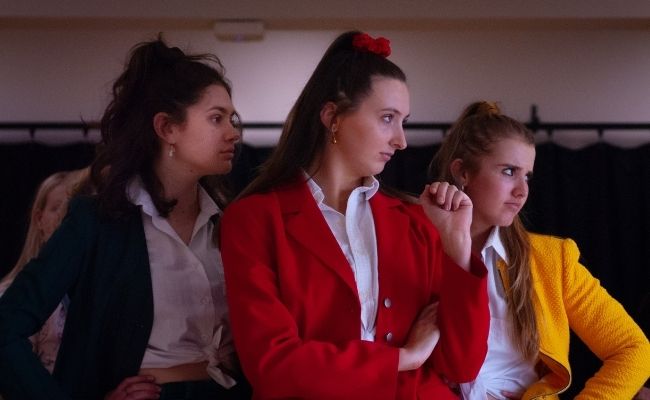 Heathers the Musical, based on the 1989 film, is a dark-comedy about an American high school's "It-Girls".

Bachelor of Performing Arts student Kane Welsh has been the dedicated Production Assistant for this huge project.

“I am really excited. Over the last few weeks, the cast have made leaps in their performance. I like the idea of making theatre more accessible and giving the audience a chance to be immersed in the scene, experiencing being part of the musical. It’s theatre where you can get up and grab a drink while watching.”

The student, who grew up in Auckland, is thrilled to be part of one of the many musical theatre shows Dunedin will see this year.

“When I moved from Auckland I thought there would be hardly any shows to be part of. When I got here I discovered there were so many shows and theatres to choose from. Maybe it’s a smaller population than Auckland but everyone is creative and there’s always opportunities.”

Heathers opened to a sold-out audience with an enthusiastic response.