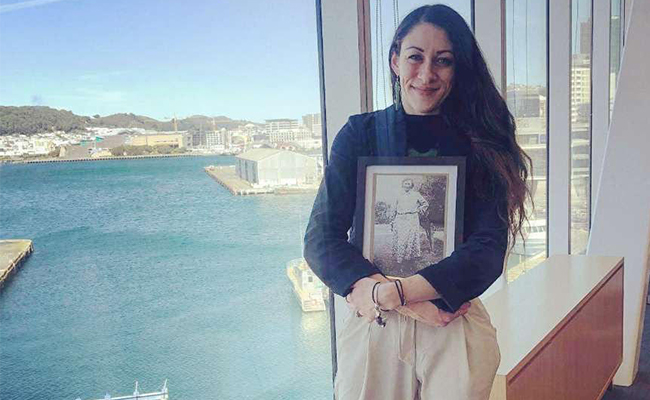 A University of Otago tauira has left an incredible gift for her Kapiti Coast hapū following a studentship filled with research and reconnection.

Talia Ellison (Kāi Tahu, Te Āti Awa, Ngāti Toa), a postgraduate student at Te Ao o Rongomaraeroa, the National Centre for Peace and Conflict Studies, spent 10 weeks researching and reconnecting with her Puketapu Hapū ki Paraparaumu, while learning about the landscapes and histories of the local area. This included learning about the land taken by the Crown from her hapū for an aerodrome in 1939.

“Hopefully with putting a rangi to this rotarota we can continue to celebrate all the things that make us who we are, together as whanau and as a hapū.”

She was one of six candidates who participated in the 10-week Te Hau Kainga Summer Studentships. The internships were part of a research project on the experiences of whanau and communities on the home front during World War Two. Conducted by History Associate Professor Angela Wanhalla, Te Hau Kainga received a Marsden Grant that helped establish the studentships.

Ellison became involved in the studentship to honour her Puketapu Hapū ki Paraparaumu tupuna who had lost the land. Rather than focus on the loss, she wanted to create something honouring the hapū and their identity.

In order to do that, she needed to learn everything about her Āti Awa side – a process that became vital within the 10-week period.

“When I began to engage with my Puketapu ki Paraparaumu side, I realised that I didn’t even know the basic of who we are as mana whenua, so this kaupapa was a way of trying to honour that connection,” she says.

The final product of her journey of research and reconnection is a research report and a rotarota, a form of active poetry telling the story of her ancestors infused with history and inter-tribal anecdotes. She is hoping it will lead to working with the hapū on an oriori, a lullaby filled with history that can be passed down to successive generations of proud Puketapu ki Paraparaumu people.

The reconnection comes at a poignant time for the hapū, with the Waitangi Tribunal due to release its findings into the whether the aerodrome should be returned to its ancestral owners.

Ellison says the journey to reconnect with her Kapiti whakapapa has been a whirlwind. 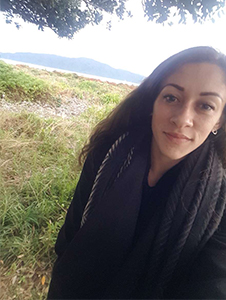 “It has been really intense, but also an incredible blessing.

“Hopefully with putting a rangi to this rotarota we can continue to celebrate all the things that make us who we are, together as whanau and as a hapū.”

"Talia's project was deeply personal. She put her heart into it and produced a beautiful rotarota that speaks to the impact of land dispossession during the war on a sense of identity and connection to place,” she says.

"I think Talia has produced something to be proud of."

Te Tumu Professor Lachy Paterson, who supervised Ellison, says she was the first of the students to undertake a creative piece of work.

“She composed a waiata on the whenua that became an aerodrome at the start of the Second World War.

“She had some challenges undertaking her research, in particular whether her original idea of an oriori would work. In the end Talia pulled through with a beautiful rotarota instead, which we hope will resonate with her whanaunga at Paraparaumu, and will be of interest to a wider audience."