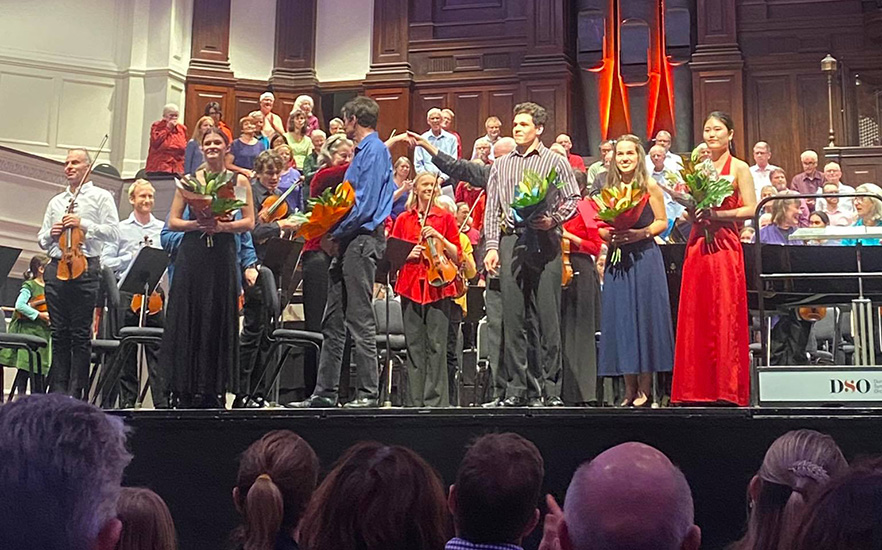 Dunedin's town hall filled with the music of Beethoven last Wednesday evening with many of Dunedin’s amateur musicians revelling in the chance to perform alongside the Dunedin Symphony Orchestra, conducted by Peter Adams.

The evening was compered by Tessa Dalgety-Evans and more than 200 singers and musicians, including several very young violinists, were on stage.

The concert began with the fourth movement of Symphony No 9 (1803), written when Beethoven was profoundly deaf, in which he scored the fourth movement to include voices, highlighting the majesty and grandeur of this last of his symphonies. Everyone knows the repetitive main theme as Ode to Joy, and if not, by the end of the evening they certainly would because the programme ended with a full repeat performance.

Romance No.2 in F major featured violinist Lucy Costelloe, who interpreted the melodic beauty of this work with feeling in a confident relaxed style.

Finally Ode to Joy was repeated, giving guest orchestral players (including some from Central Otago) and a 100 voice choir the chance to really enjoy the experience of playing alongside DSO players. All these musicians have practised for months, and it was an excellent idea to give them “two goes” at it.

Thanks to the Otago Daily Times for this article, April 16 2021.