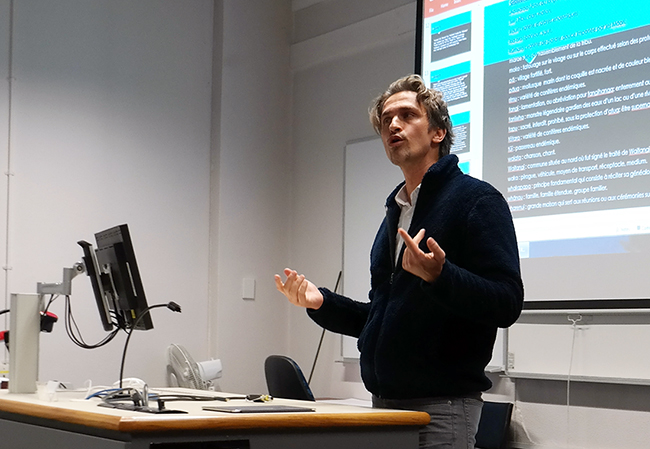 A chance encounter and a proposal that “made no sense” led to a PhD via Otago’s Languages and Cultures Programme, says French novelist Nicolas Fargues.

Nicolas’ journey to PhD study began while he was writer-in-residence at Wellington’s Randell Cottage in 2016. During a national Alliance Française tour, he presented on French literature at Otago and met Languages and Cultures senior lecturer Constantin Grigorut.

“At lunchtime, at Formosa Delight on Albany Street, Constantin made a crazy suggestion; ‘apply for a PhD and be my student.’ I was 44 years old, New Zealand was poles apart from my home country, and I intended to lead a free life, detached from any obligation. The proposal made no sense, so I said ‘yes’.”

Nicolas’ thesis focused on the evolution of the literary style in French literature, from the mid-19th century to the present day. He will graduate on 15 May. 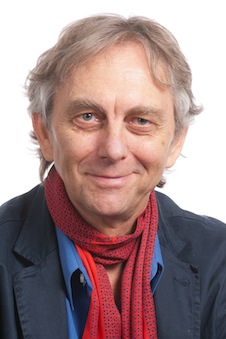 His PhD journey involved many challenges, including getting “back into the shoes of a student”, travelling regularly between “two opposite ends of the planet”, and “researching in times of coronavirus”.

“The incomparably gratifying aspect is obtaining the title ‘Doctor of French Literature’ and I really enjoyed a very fruitful collaboration with Dr Grigorut and the entire doctoral team at the University of Otago. Another reward was the happiness of having regularly stayed in New Zealand, a country now dear to my heart.”

Dr Grigorut says a carefully planned research programme has produced a “magnificent thesis and a wonderful alumnus for Languages and Cultures.”

“Nicolas brings a great deal to the field, and personally I enjoyed collaborations for conferences here and overseas – I was very pleased when Nicolas successfully defended his thesis on Contemporary French literary style.”

Nicolas was born in 1972 in the Paris region and spent his childhood between Cameroon, Lebanon and Corsica. He studied modern French literature at La Sorbonne University and completed his master’s thesis on the life and work of Egyptian author Georges Henein. He has worked worldwide and was the face for Chanel’s “Allure” perfume campaign.

Before embarking on his PhD, Nicolas worked in journalism, libraries and publishing. His first novel Le Tour du Propriétaire was published in 2000 and he says his biggest literary success was J’étais derrière toi (I Was Behind You, which was first published in 2006 and was translated into English in 2009). His 2015 novel Au pays du p’tit (In the land of the lil’) was a finalist for one of Europe’s most important literary awards, the prestigious Goncourt Prize.

He has spent the last few years between Indonesia, Paris, Yaoundé and Madagascar and, more recently Bukavu (Democratic Republic of the Congo). He has just started writing his fourteenth novel.